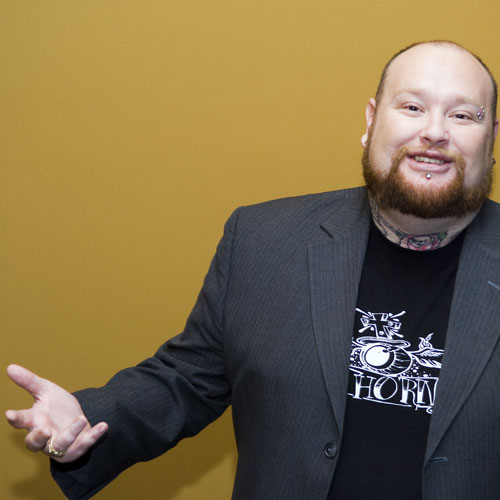 It usually isn’t long before a false teacher shows his or her true nature and falls hard from ministry. The most recent example of this is the Florida Healing Outpouring’s Todd Bentley.

Bentley, the 32-year old head of Canada-based Fresh Fire Ministries, began his rise to religious and media stardom at what began as a 1-week revival in April 2008 at the Ignited Church of Lakeland, Florida. With his flamboyant personality and pierced and tattooed body calling down healings to the ecstatic throngs that filled the revival to overflowing, Bentley had quite a number of people in the world convinced he was the real deal.

To others who looked past his “Bam! Bam! You’re healed!” rhetoric, Bentley gave off many warning signs of his true nature. For one, he never seemed to preach from the Bible. Two, his supposed miracles of giving people gold teeth and turning glass eyes into working optics, along with his supposed raisings of the dead, could never be substantiated. Three, he seemed focused on money. Four, Bentley was obsessed with angels (demons). And five, the mark of a true revival is repentance before God, not healing, and these meetings were far from God-centered on repentance and salvation.

In August 2008, Bentley was discovered to be having an “unhealthy relationship” with a female staffer, and the adultery left his wife filing for divorce. Bentley is stepping down from Fresh Fire Ministries and cancelling all public meetings, including a 38-city stadium tour of U.S. cities (“Evangelist Bentley Stepping Down” by Allie Martin, OneNewsNow, Aug. 19, 2008, http://www.onenewsnow.com/Church/Default.aspx?id=219700).

Whatever credibility Todd Bentley had (and that was very little) is now gone. The damage he has done to the name of Christianity in the eyes of the unbelieving world is immense. To those who attended the meetings in hopes of getting closer to the Lord, their shattered faith is even worse. He has succeeded in doing what all false teachers come to do, unwittingly or not — to subvert the work of Christ.

Like a fresh fire, Bentley’s “revival” has burned out just as quickly. Maybe he thinks if only he could use some of that supposed divine healing power and go “Bam! Bam! You’re healed!” to his personal life and career. He’ll find that won’t work. His only hope is in repentance to ask Jesus to be his Savior and truly let Him direct his life. I pray that he does.

“He [the Lord] will bring to light what is hidden in darkness and will expose the motives of men’s hearts.” – 1 Corinthians 4:5b (NIV)