Bible prophecy has always been important to Seventh-Day Adventists, more so than you would find among mainline Christian groups, even Evangelicals. The SDA church was founded on Bible prophecy, and its phenomenal growth during the 20th Century was based on an emphasis on Bible prophecy.

The Millerite Movement of the 1840’s gave birth to the Seventh-Day Adventists. The Movement was generated by a false prophecy made by William Miller, a Baptist pastor, that Jesus would return in 1844.

When this prophecy failed to materialize — an event that came to be called “The Great Disappointment” — a small group of Millerite diehards decided to rescue the prophecy by spiritualizing it. They argued that William Miller had set the right date but had prophesied the wrong event! Instead of returning to earth on the prescribed date, Jesus had instead entered the Holy of Holies in Heaven to begin a second aspect of His atoning work called “the investigative judgment.” This process, which continues to this day, involves an evaluation of the sins and works of each believer to determine their eternal destiny.

Thus, one false prophecy led to another which provided the foundation for the establishment of the Seventh-Day Adventists. One analyst has expressed it this way: “The Great Disappointment led to the Great Cover-up.”1

All the fundamental concepts of the SDA scheme of end time events were developed by Ellen G. White and are contained in her book, The Great Controversy (1888).2 Since she is revered by the SDA as a prophet of God, no one has dared to tinker with what she wrote. Accordingly, when you write to the SDA today requesting information about Bible prophecy, you will not receive a summary written by any modern day author. Rather, you will be sent a copy of a brief booklet entitled The Final Events of Bible Prophecy3. This booklet is nothing but a compilation of relevant chapters from The Great Controversy. 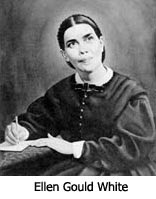 Ellen White’s writings are not easy going. She was a longwinded writer with a tendency to preach and chase rabbits. Her writings are thus disjointed and difficult to consolidate into a timeline of events.

Fortunately, the essence of her end time concepts has been boiled down by Doug Batchelor, the SDA spokesman for the “Amazing Facts” television program. He has summarized the concepts in a video that is also named “The Final Events of Bible Prophecy.”4 To date, hundreds of thousands of copies of this very high-tech, spectacular video production have been distributed worldwide. 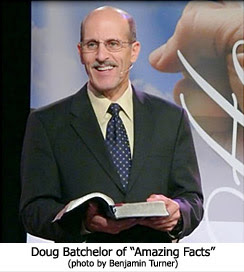 In the next part of this series on what the Seventh-Day Adventists believe concerning the end times, we’ll look at how they define those coming periods and events.