The keyword for this day of the Israel tour is “ruins”, for with almost 5,000 years of history to this land, there are plenty of amazing ruins to help transport one mentally back through the millennia.

Early this morning we left the beautiful seaport of Tiberias and spent our day heading south to Jerusalem. We drove through Cana where Jesus by turning water into wine started His ministry. Next was Nazareth where Jesus grew up. We climbed high up into Megiddo to overlook where the Battle of Armageddon will take place. Then we visited Beth Shan to see the buried city of Scythopolis. Finally, we drove through the disputed West Bank along the Jordanian border, ending up in Jerusalem. 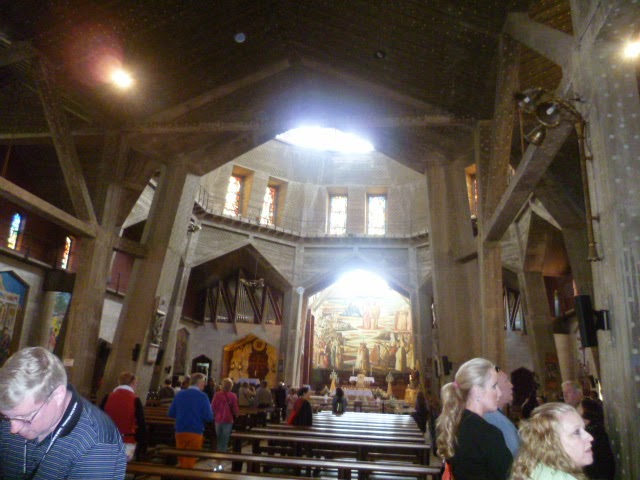 Inside the massive Catholic Church of the Annunciation, the supposed site in Nazareth where the angel Gabriel gave the news to Mary that she’d give birth to the Son of God. Read Luke 1:26-38 and see if you can find the eight prophecies. 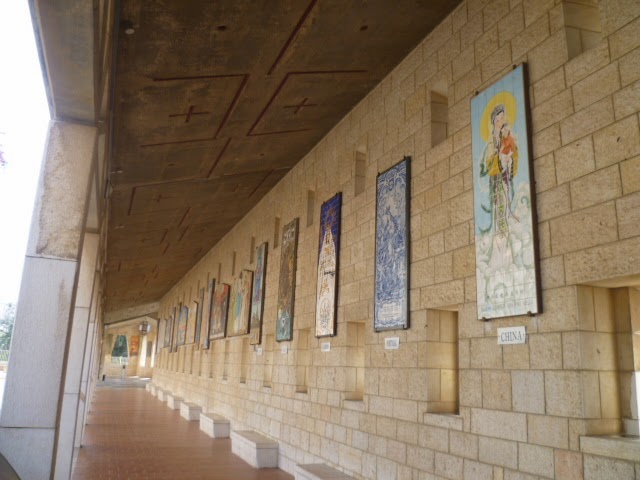 Every wall of the Church of the Annunciation is lined with portraits of Mary donated from every country in the world. Jesus is rather an afterthought there; a perpetual baby. 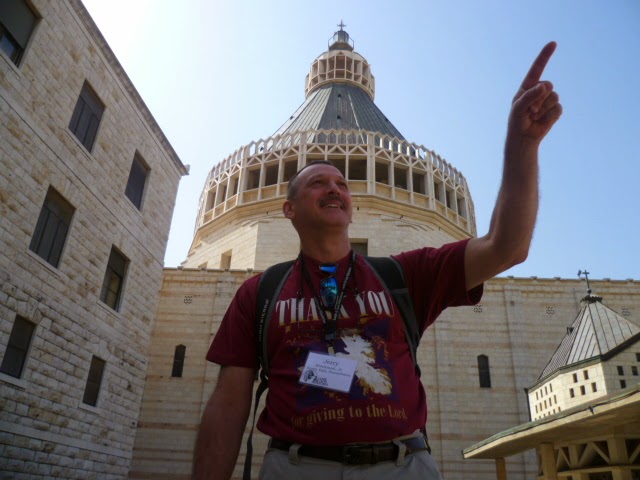 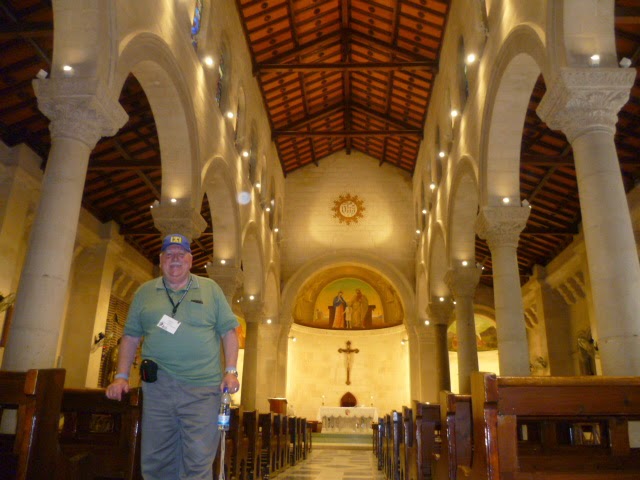 Gary’s thinking that Jesus’ earthy father, Joseph, just isn’t feeling the love from Catholics that Mary got in his own much, much smaller Church of Saint Joseph. Supposedly the site of Joseph’s workshop, there’s a Byzantine-era church on a lower level and a modern day church on the top level. Place smells like pizza. 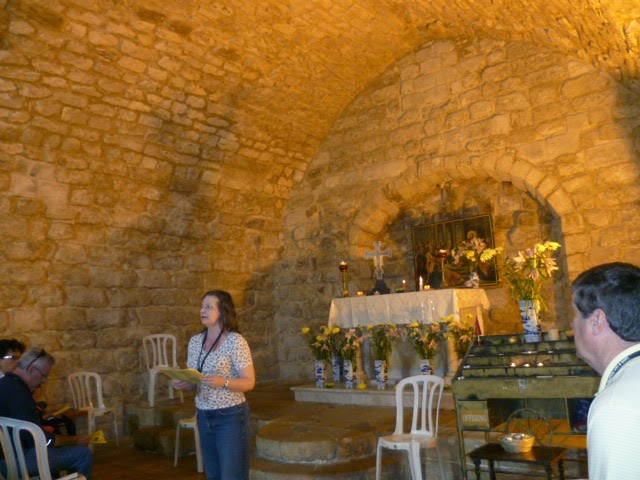 Vicki leads us in song in the Church of the Synagogue, the supposed location of the synagogue Jesus spoke at in his hometown just before his old neighbors almost chucked Him off a cliff. It’s every song leaders acoustical dream location! 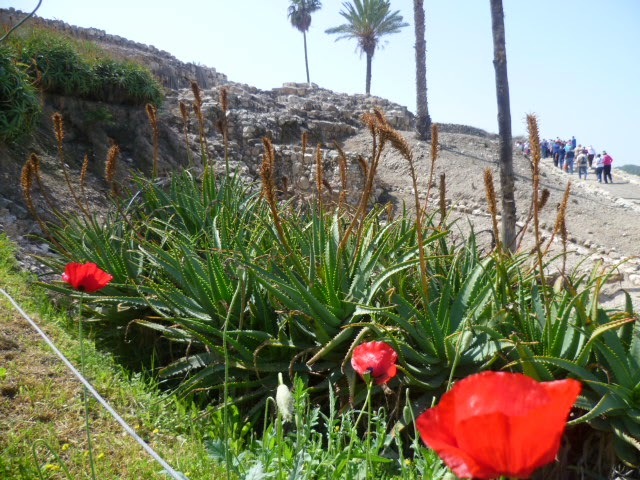 Life blooms over death as we ascend the steep tel of Megiddo. 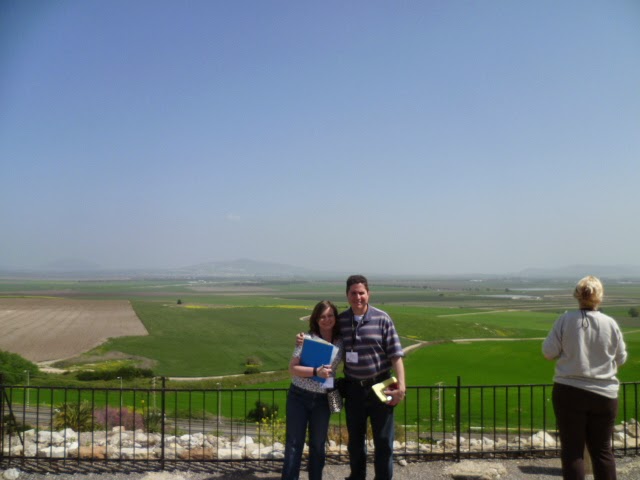 The view from atop Tel Megiddo, where the Valley of Jezreel boasts according to Napoleon the best battlefield in the world. Think Armageddon. 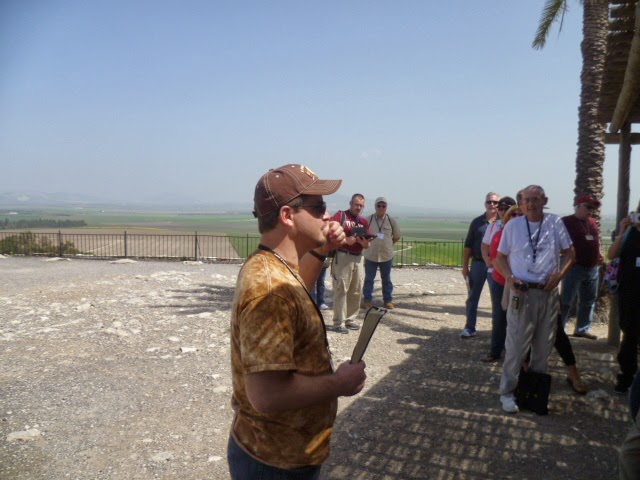 Nathan Jones teaching about the wars of the end times, with the eighth, Armageddon, one day playing out in the valley below. 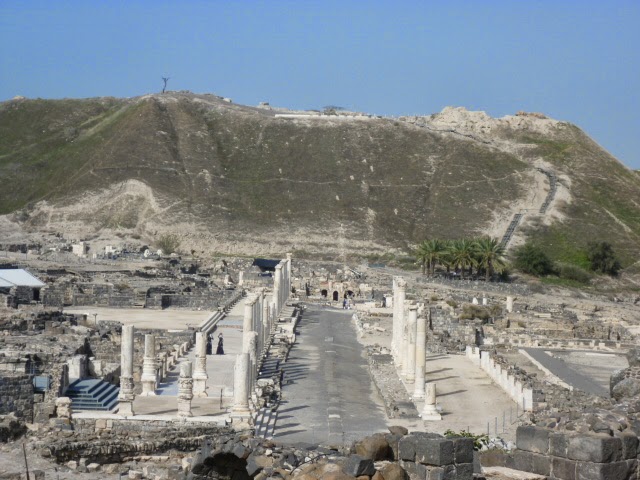 The Canaanites of Bet She’an (Beth Shan) took King Saul’s body and hung it from their city walls (1 Sam. 31:12). The city is buried under the mound, but the Roman ruins of the Decapolis city of Scythopolis now lay exposed at the base. 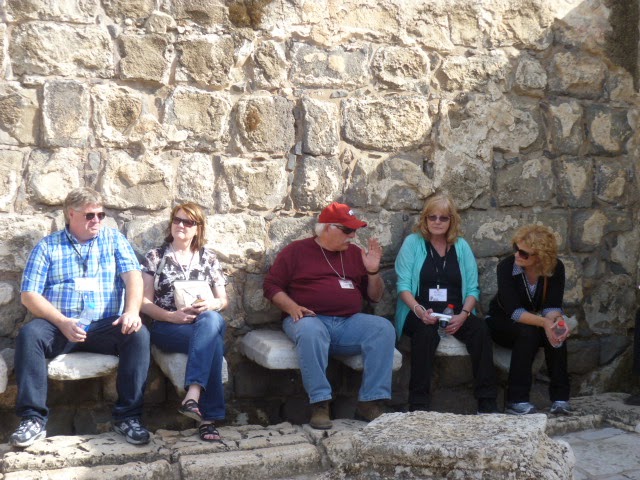 Our guide Ronnie and some pilgrims take a pit stop in the ruins of a lavatory, where the ancient Romans would go to make, um, pit stops. 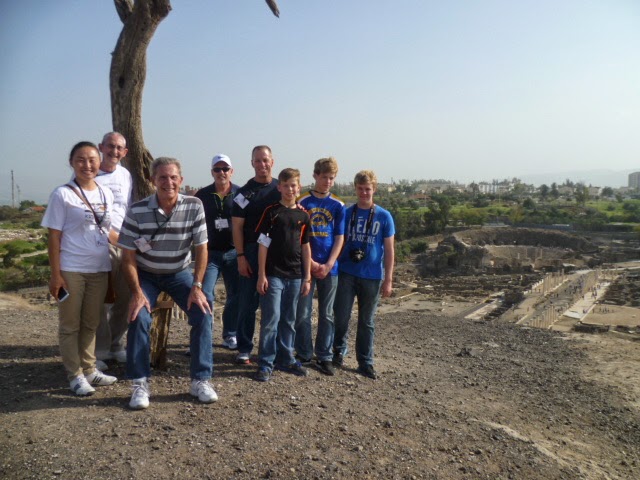 These are the champions of the climb up Beth Shan. Guess which one-legged 70+ year old beat us all getting up there? Karl’s way up high on my list of the most amazing things I’ve ever seen, even higher than the view from up there! 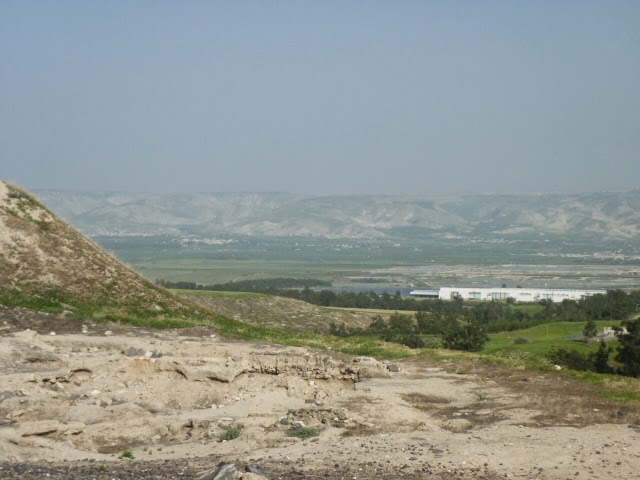 We rode south along the border of Israel and Jordan through the highly disputed West Bank. Jordan, viewed here, is mostly desert and grows all their food along the Jordan River. The world seriously needs to take a chill pill over who controls the ridiculously underpopulated, mostly barren West Bank. 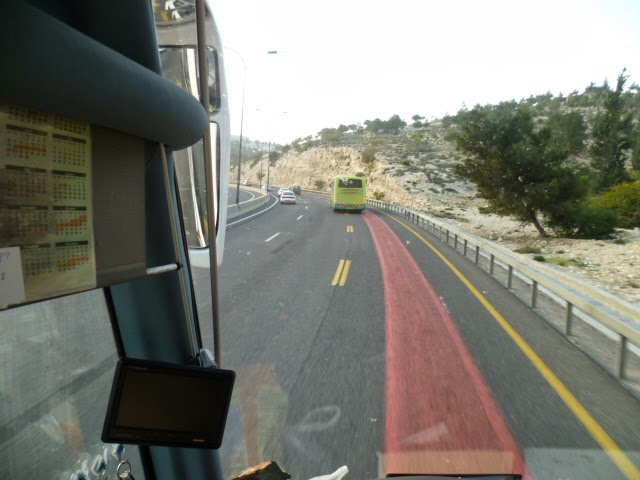 Jerusalem rolled out the red carpet for us as we made the steep climb up to our final destination for the day.

Tomorrow for Day 7 and 8 we head into the Old City of Jerusalem to explore its ancient past and learn about its prophetic future.