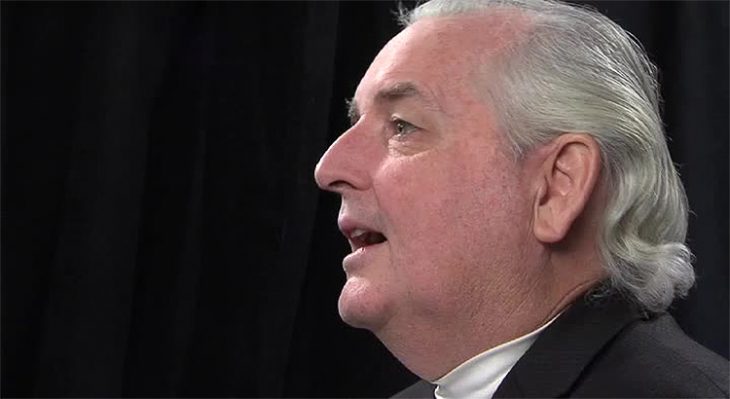 I have not been reading this series because I do not care for fictionalized presentations of Bible prophecy.

Two of the books in the series have been published. The first, titled, Revelation Road: Hope Beyond the Horizon (2012), begins with the Psalm 83 War and the destruction of Damascus and ends with the Rapture of the Church.

The second in the series, Apocalypse Road: Revelation for the Final Generation (2017), focuses on the gap period between the Rapture and the beginning of the Tribulation. This is a much needed study since most people seem to assume that the Tribulation begins immediately after the Rapture. 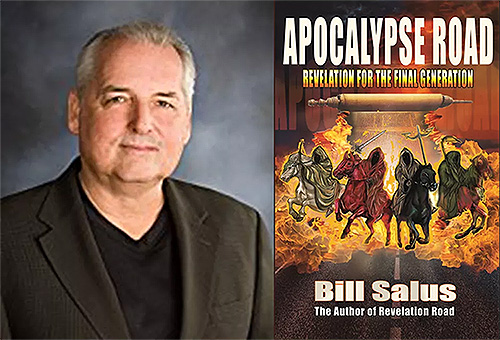 The fact of the matter is that the Tribulation is triggered by the Antichrist confirming a covenant made with Israel, and that could happen months or even years after the Rapture.

I have not always agreed with Bill’s interpretations of prophecy, which is no big deal. After all, I am not the Pope of Prophecy, and there are many things about end time prophecy that are not clear and can be honestly debated. For example, in his book about the “now prophecies,” Bill identifies the United States with the biblical references to Tarshish. I don’t think this identification can be justified.

In his latest book, Apocalypse Road, Bill proposes an idea that I strongly disagree with — namely, he pulls the Seal Judgments out of the Tribulation and places them in the gap between the Rapture and the Tribulation. His basic reason for doing so seems to be his conviction that there just isn’t enough time to fit all the judgments of Revelation into a Tribulation period of only seven years.

I think Bill is way off base here. I believe the Lord is capable of accomplishing whatever He pleases in any time frame He chooses. And I believe the book of Revelation clearly places the Seal Judgments within the seven year time frame of the Tribulation. Further, removing the Seal Judgments from the Tribulation compromises the integrity of Daniel’s 70 Weeks of Years.

Bill’s attempt to help the Lord out by providing Him with more time reminds me of Theistic Evolutionists who argue that God could not have created the universe in six days, so they provide Him with more time by converting each day of creation into a billion years.

Like me, you may not agree with all of Bill’s interpretations or conclusions, but they are always biblically based and they will force you to search the Scriptures and reconsider your own interpretations. I therefore hope Bill will keep digging and will continue discovering prophetic gems.

Have you ever stopped to think how many First Coming prophecies were not understood or even recognized until the Holy Spirit opened the eyes of the New Testament writers to them? Consider the prophecy in Hosea 11:1, which reads, “When Israel was a youth I loved him, and out of Egypt I called My son.” Surely people must have thought this referred only to the deliverance of the nation of Israel from Egyptian captivity. But the Gospel of Matthew applies this statement to the Messiah (Matthew 2:15), claiming it was a prophecy about the escape of Joseph and Mary from Herod’s murderous army when they fled to Egypt with the Christ child and then subsequently came out of Egypt and returned to their home in Nazareth.

How many such nuggets about the Second Coming are yet to be discovered? In Bill Salus we have a true Eschatologist who is searching diligently.

I was recently discussing Bill’s writings with another Bible prophecy scholar. He made an interesting remark about Bill. He said, “I guess you know that Bill is known among Bible prophecy experts as ‘The Star Trek Eschatologist.'” When I asked him why, he replied, “Because he boldly goes where no man has gone before.”