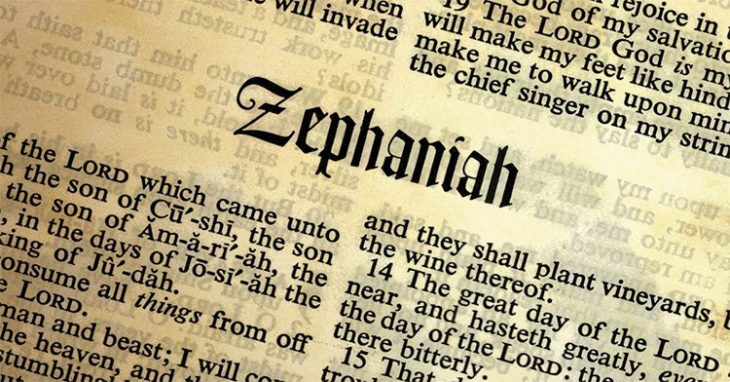 Absolute devotion to Jesus Christ is tragically a rarity in this day and age. Just think about it. Living ensconced in the comfort of our Western cultural diversity and national Judeo-Christian roots, when have you ever been challenged to deny Christ or die? Probably never. And yet, Western Christians, especially the youth, are leaving their faith in Christ at an alarming rate.

According to a five-year study of young adults by the Barna Group, by age 15, a whopping 59% of Christian teens have dropped out of the faith. Of those who identify as Christian into the ages of 18-25, a staggering 38% have significant doubts about their faith.1

Why the mass exodus of Christian youth from their faith in God and church families? According to the Barna study, the most prevalent reason reported by those surveyed was their feeling that biblical morality had become old fashioned and therefore totally obsolete in our modern, hedonistic society. The Bible, the youth believe, couldn’t possibly stand against the appeal of a society which tells its people that they should be free of the moral constraints the Bible has placed on them.

Society woos us with the pretext that marriage is a dated and suffocating contract. It coerces us with the freedom that sex should be with whomever and whenever you want it. It consoles us that consequences can be avoided by a speedy abortion or STD vaccine. It lies to us that non-Christian religions are also truth. It swells us with pride when proclaiming we are the center of the universe and deserve all the best life has to offer, so go ahead and take it by any means. These are the falsehoods society rams down our throats through incessant advertising, marketing and the most effective tactic of all — peer pressure.

Who are the most susceptible to society’s anti-biblical teachings? According to Harvard Medical School psychologist, Dr. John T. Chirban, it’s the children. “Individuals often find themselves conforming to the group’s norms, behaviors, attitudes, speech patterns and dress code to earn acceptance and approval.”2 In other words, our self-worth is tied to being accepted by our peers and society. Conform and you’re cool and accepted, do not conform and you are ridiculed and ostracized. That’s why Christian parents are repeatedly confronted by these statements from their children: “My friends are all doing it. Why shouldn’t I?” “I don’t want to be left out.” “What if they don’t like me anymore?”

When faced with choosing to be cool like their friends or being a fuddy-duddy like their parents and their “outdated” Bibles, many children invariably choose society. And, when society is the choice, what naturally follows is the abandonment of the child’s reputed faith in God. The heart of the problem remains their easily disposable faith, which had never been truly internalized as their own, and lasts only as long as it had been because it was riding on the coattails of their parent’s faith.

Despite the unwavering onslaught of societal peer pressure, our Christian children can still maintain their faith in God. The Minor Prophet Zephaniah dealt with it. For 57 years, the people of Judah under the wicked King Manasseh grew up knowing nothing about God or His ethical laws. This moral void left the people committing acts so heinous that they made the child-sacrificing Amorites look good by comparison. The evils committed by both Judah’s king and his people were so utterly contemptuous that they greatly angered God.

The affluent and anti-moral political climate under which Zephaniah had been born into threatened to be very dangerous to a believer in God. Zephaniah and his contemporaries, the prophets Jeremiah and Nahum, had to be very careful about revealing their love of God and true faith in Him. Zephaniah served as a nobleman in the Jerusalem capital, assailed by evil from every direction. Yet, he did not surrender to the peer pressure to become as corrupt as his fellow aristocratic brethren. Zephaniah learned firsthand that the world will pressure you into becoming a spiritually complacent person by lying to you that the Lord will never punish evil. God’s messenger was called to proclaim otherwise.

We all experience times in our lives when we’ve fallen into spiritual complacency, a condition that is easily identified. When trouble comes in life, we may run to the Lord for help, but only as a last resort. And, once that help is received, after a short time we find ourselves crawling back under the unspiritual blanket of apathy and sinful living. Some even become consumed by bitterness and despair when God’s solution is to place challenges in our lives for the purpose of restoring a right relationship with Him. God inevitably rocks our world until we surrender.

Surrendering begins with us — the parents. Your children and grandchildren are watching you. Search your heart first and be honest with what you find. If spiritual apathy defines your present heart condition — and truly what a sad condition that is — then it’s time to make a change. Get serious about God first before attempting to bolster your own children’s faith.

Once you’re right with God, don’t be passive. Rather, become active in their spiritual development. They must see that Jesus is far more valuable than what the world has to offer. Model a Christlike life, clinging close to Him alone through life’s trials, and your children will then have a template to follow.

If you’ve never recognized spiritual fruit in their lives, then share the Gospel fresh with them. Don’t depend on others to lead your own children to Christ. Your family remains your primary mission field. Challenge them to surrender their lives to Jesus Christ by praying from their heart for His salvation. Mile-mark and periodically celebrate their spiritual birthday when they obeyed the call to “seek the Lord, all you meek of the earth, who have upheld His justice” and “seek righteousness, seek humility” (Zephaniah 2:3).

Once saved or recommitted, allow your children to encounter situations where they must take a stand for Christ. Sure, it’s scary as a parent, but over-sheltering your children actually impedes their faith walk. Begin with water baptism. They need to learn to publically give all of their life over to God to counter the pressures to conform to society’s immorality. Taking a stand for Christ forges a faith that becomes one’s own. In doing so, they will thereby gain the wisdom that brings true peace and an enduring trust in the Lord.

Be the spiritual leader by guiding them to grow in their relationship with Christ through daily Bible study and prayer. Anchor them to the wonders of fulfilled Bible prophecy and Apologetics, so they internalize that the Bible is in truth the very Word of God. Build a wall of protection against falling into faithlessness through accountable relationships with other believing peers by joining solid Christian groups. Encourage them to live outside of themselves in Christian leadership and service to others.

When your child’s self-worth is tied to God’s love rather than society’s siren call, you can then be assured that their faith has been braced to weather life’s pressures.

Apostasy in the Church   Church and Ecclesiology   Society