Christian Security in the Face of Viral Fear 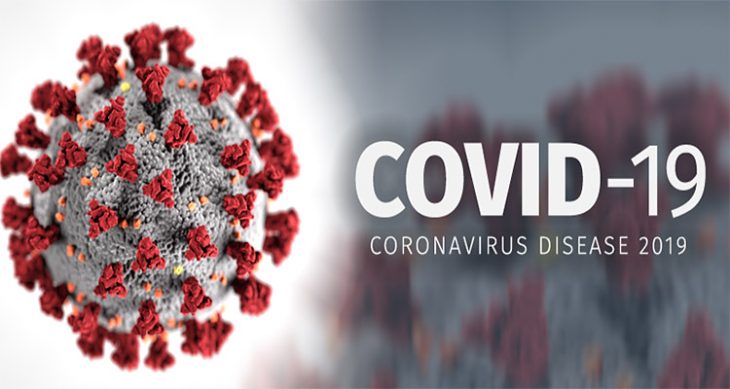 The world is currently grappling with a threat that has long been discussed and dreaded—the outbreak of a disease that has the potential to become a global pandemic.

Widespread epidemics have occurred throughout human history. The Old Testament recorded an outbreak of disease as one of the ten plagues that befell Egypt—both on livestock and on people (Genesis 9). The Philistines experienced an eruption of loathsome sores when they captured the Ark of the Covenant from Israel (1 Samuel 5-6). And Israel itself was inflicted as a punishment for King David’s sinful census (2 Samuel 24). Only when he offered a sacrifice did the Lord relent.

In the Middle Ages, an outbreak of plague in Europe led to resentment of the Jews who miraculously seemed impervious to the ravages of the disease. It did not occur to anti-Semitic Gentiles that the Jewish dietary and cleanliness laws helped insulate them from some of the contagion’s spread.

In more recent years, the Western world in the years immediately following World War I experienced a lingering outbreak of Spanish Flu. That outbreak was not limited to soldiers posted overseas. Ironically, healthy men were more susceptible to dying from that strain of flu than anyone else. As a matter of fact, far more Americans were killed by the flu outbreak than by the war itself.

As medical scientists have come to understand the nature of viral and bacterial disease, they’ve made incredible strides in preventing and treating infectious disease. Vaccines and treatments are able to mitigate most of the threat to modern societies.

But doctors, scientists, and government leaders alike have realized that new strains might elude our vaccines and be easily transmittable from person to person. Given our global economy and the ease and frequency of international travel, the potential for an explosive outbreak of deadly disease is well-documented.

In late 2019, a new type of virus officially known as Covid-19 emerged in the Wuhan province of China. Much media attention has been devoted to speculating about the nature of its origin, but it is likely that an animal virus mutated into a form that could be transmitted by and threatening to humans. Once that new virus strain began to infect the local population, it was only a matter of time before it spread throughout China and the world.

As of late February 2020, medical experts are warning that this Coronavirus outbreak could become the global pandemic that has been feared for many years. One even advised that it could “change daily life as we know it.” Already, economic markets have experienced significant downturns as the flow of goods has been hampered, with more upheaval likely to follow. Several countries have severely restricted immigration and may be inclined to be even more draconian if the threat grows exponentially as some project.

What is the significance of this development to Bible prophecy? Why is it worthy of comment? Because the Bible teaches that the curse the Creation has been groaning under since the fall of man will become even more pronounced prior to Jesus’ return. Natural disasters will occur with greater severity and frequency as the Day of the Lord draws near.

It is possible that millions or billions of people will find their daily lives disrupted. They will come to recognize the insignificance of most of what clamors for the world’s attention. Many people will grapple with their own mortality and what the Bible describes as the precariousness of this life (Psalm 144:4; James 4:14). When they do, it is our great hope that many will turn to Jesus Christ and embrace Him as Savior and Lord.

If you are reading this because you are waiting out this epidemic, please know that the Light of God’s truth is shining even in this dark moment. All of the “signs of the times” we are witnessing were foretold by Bible prophecy. God’s Word reminds us to:

Christians are not pessimists. We are not optimists. We are people of hope, and not just hope as an idea or an unattainable wish like “I hope I get a pony for my birthday.” Our hope is built on nothing less than Jesus Christ—our living and personal Blessed Hope. Or, as hymnist Robert Critchley wrote:

My hope is built on nothing less than Jesus’ blood and righteousness;
I dare not trust the sweetest frame, but wholly lean on Jesus’ name.

Tim Moore: #Christians are not pessimists. We are not optimists. We are people of hope, and not just hope as an idea or an unattainable wish. Our #hope is built on nothing less than #JesusChrist. Click To Tweet

At Lamb & Lion Ministries, our mission is to boldly testify to the Light in the midst of darkness, telling people that Jesus Christ is coming soon.

The old adage says it is “darkest just before the dawn.” It will indeed grow darker before the Lord once again declares, “Let there be Light!” and bursts from Heaven in radiant splendor.

Realizing that his time on earth was drawing to a close, the Apostle Paul wrote:

I have fought the good fight, I have finished the course, I have kept the faith; in the future there is laid up for me the crown of righteousness, which the Lord, the righteous Judge, will award to me on that day; and not only to me, but also to all who have loved His appearing. (2 Timothy 4:7-8)

An Opportunity for Eternal Perspective

Do you love Christ’s appearing? Do you look forward to the Rapture (when believers in Jesus are caught up to Heaven to be with Jesus) and His glorious return? If so, you’ll recognize this current outbreak of fear descending upon the world as an opportunity to proclaim Jesus Christ.

If you do not already know Jesus Christ as your Savior and Lord, don’t delay another day or hour. Place your trust in Jesus Christ. Accept His offer of forgiveness and His promise of eternal life with God. Simply pray:

Lord Jesus, I believe that You were born without sin and lived a perfect life, that You suffered and died for my sins, that You were buried and raised again to life, and that You ascended to Heaven to prepare a place for those who put their trust in You. I confess my sinfulness against You and ask You to forgive me and draw me to Yourself. I welcome You into my life and ask you to change my heart. I commit to following You in obedience and look forward to Your glorious return. Amen.

If you have believed upon the Lord Jesus Christ, your salvation is secure. You will become a fruit-bearer for the Lord. Then, come storm or famine or war or pestilence, your song can be: