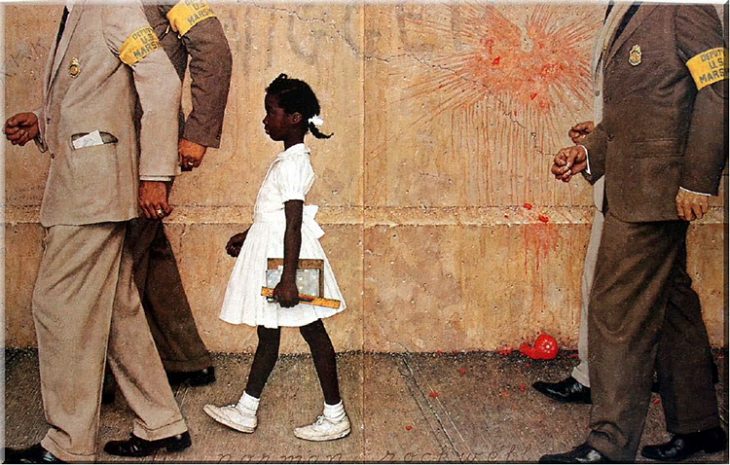 We will now continue from Part 1 and Part 2 to the final part in our series about the history of systemic racism in America.

The Need for Historical Perspective

So, where are we today with regards to racism? Systemic racism is dead. The legitimate protestors in our streets today who are denouncing systemic racism are too young to appreciate how far this nation has come since 1960. Instead of condemning our nation, they should be celebrating its freedom and its advancement for racial equality. And they need to realize that the great accomplishments of the Civil Rights Movement were gained peacefully under the leadership of a Baptist preacher who believed in non-violence.

As for those protestors who have resorted to violence, most are thugs and hoodlums who could care less about racial equality. They just want to ride the issue as an excuse to loot and burn to satisfy their greedy and irresponsible hearts. And then there are the anarchists who desire to exploit the issue as a way of venting their fury against law and order and Judeo-Christian values.

Does the elimination of systemic racism in our nation mean that there is no lingering aspects of the problem? No! There are still racists in our nation among all groups. White people do not have any exclusive franchise dealership on racism. There are black racists. In fact, the two loudest racist voices in America today are both blacks. They are Louis Farrakhan and Al Sharpton.

Let me give you an example of widespread black racism that occurred all across our nation in 2008, during the presidential campaign when Barack Obama was running against John McCain. I have a dear friend who is a black evangelist, and every Monday during the campaign, he would call me and say, “Well, Dave, it happened again yesterday.” That’s all he needed to say because I knew exactly what he was talking about.

You see, each Sunday when it was time for him to preach, the host pastor would say to the congregation, “Before I introduce our visiting evangelist, I want to emphasize how important it is for you to vote for Obama.” He would then launch into a pep talk for Obama before turning the pulpit over to my friend.

Afterwards, my friend would go to the pastor privately and say, “I can’t believe you are endorsing Obama. Don’t you know that he mocks Judeo-Christian values — that he is in favor of abortion, that he promotes homosexuality and that he is anti-Israel?” And always, the pastor would respond by saying, “Yes, I know, but he’s a bro.” That, folks, is racism. And it is a particularly sad form because it consists of a representative of God who is willing to elevate skin color above God’s Word.

So, if systemic racism is dead in America, what is the problem with our police departments? Well, first of all, the vast overwhelming majority of police in this nation are responsible officers. They are not racists, and they do not get up every morning looking forward to shooting someone. And when they do shoot a black person, it is by no means automatically an action of racism.

The police officers of our nation constitute our first line of defense against barbarism. Every day they have to deal with some of the worst elements of our society. Their lives are often at risk, and they often find themselves in dangerous situations that require split-second decisions. They can certainly make mistakes, but they must always be given the benefit of doubt.

The last thing in the world we need to do is “defund the police” or “abolish the police.” These are idiotic ideas that can come only from either very naive minds or depraved minds. What we should be doing, instead, is to provide the police increased funding to be used for more extensive and in-depth training.

I have actually heard “progressives” proposing that police be replaced with psychological counselors! Do these people really believe a counselor can control a hardened criminal by giving him a big bear hug and telling him that we love him?

Are there reforms that are needed? Of course, there are. For example, we need to establish a national computer base that identifies police who have been dismissed for improper conduct or who have been convicted of crimes. That would stop bad apples from silently transferring from one police department to another.

Police candidates need to be screened more carefully, and they need to be given specific training in how to peacefully diffuse highly volatile situations.

Some people respond that the majority of police must be racists because so many more blacks are arrested each year, totally out of proportion to their population. That is true, but that does not mean the cops are racists. It’s due, instead, to the fact that a disproportionate amount of crime is committed by blacks.

And why is that? I would argue that it is due to the collapse of black families, resulting in young blacks growing up in dysfunctional households where they have no male parent. Thus, we have the startling statistic that 77% of black children today are born into a home without a father.

A remarkable man by the name of Daniel Patrick Moynihan (1927- 2003) predicted this would happen as a result of the “Great Society” programs of the Lyndon Johnson Administration. He issued his report in 1965 while he was serving Johnson as Assistant Secretary of Labor. Despite his warnings, the Aid to Families with Dependent Children (AFDC) program included a rule that no payments could be made to any family if “a man was in the house.” The liberals condemned Moynihan as a “racist.” But his warning proved to be prophetic. Moynihan was later to serve four terms in the United States Senate, representing the state of New York (1977-2001). 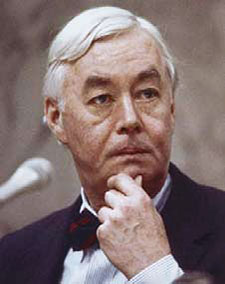 Another Aspect of the Problem

The most important factor in all this — applying to blacks and whites and citizens of all colors — is that there is a famine of the Word of God in our land today (Amos 8:11).

We have kicked God and His Word out of our public schools and the public arena. Church attendance has fallen to an all time low. Parents are distracted and are neglecting moral training. And our kids are being bombarded on television and the Internet with violence, blasphemy and immorality. The result is that we have raised a whole generation of moral pygmies who are willing to kill each other over a pair of tennis shoes.

The Answer to Racism

During the 2016 presidential campaign, Franklin Graham went to every state capital in our nation to hold a prayer rally. He was not there to endorse any party or candidate. He just wanted people to join him in praying for our nation. He began each rally with the same words:

Franklin Graham was 100% correct with these insightful words. The answer to continuing racism in our nation is not politics or violence or socialism. The answer is Jesus. That’s because He transforms hearts and turns haters into lovers.

The Problem with the Solution

I know that some of you will respond to this assertion of mine by saying, “If that’s true, then why did so many pastors and Christians defend slavery before the Civil War and segregation after the War? I can think of three reasons: 1) Social Pressure, 2) Religiosity and 3) Spiritual Weakness.

What I mean by “Social Pressure” is that many were intimidated into being silent about racism. The pastor who wanted to speak out feared losing his pulpit. The laymen feared losing friends and jobs.

This type of intimidation is still alive and well today. Consider the Christians in the limelight who are caving in to social pressure — people like sports stars, movie actors and singers. Over and over again we see them speaking out in behalf of some Christian value — like opposition to abortion or sexual perversion — only to watch them then fast-track backward, apologize and ask for forgiveness when they are attacked for expressing their Christian viewpoint.

A second and more important reason that so many Christians were silent is because of what I call “Religiosity.” By this, I mean that many professing Christians over the years, and today, are not really Christians. They are just caught up in religion. They are what I call “Cultural Christians,” or, “Christians-in-name-only.”

The third reason for the failure of Christians to stand against racism is a very sad one. It is what I have labeled “Spiritual Weakness.” I’m speaking of the fact that many true, born-again Christians are actively grieving the Holy Spirit within them. Yes, the Holy Spirit can be grieved (Ephesians 4:30), and He can be quenched (1 Thessalonians 5:19).

The purpose of the indwelling of the Holy Spirit within true believers is to shape and mold them into the image of Jesus. But the believer retains his free will, and he can resist the efforts of the Spirit to cleanse him of all his evil thoughts and practices.

Let us pray that every Cultural Christian in America will get serious about their faith and truly receive Jesus as their Lord and Savior. And, let’s pray that all true Christians will surrender their wills to the Holy Spirit, enabling Him to cleanse their hearts of any racism.

When responding to racial issues, Christians need to be salt and light, speaking out in behalf of righteousness. But Christians also need to be discerning. I’m issuing this warning because Christians tend to think the best of everybody, and this naivete often gets them in a lot of trouble.

Take the Black Lives Matter organization, for example. No Christian should be affiliated with it in any way. Just check out its website and you will see that it is a radical left-wing socialist organization that opposes the biblical view of marriage and supports the Sexual Perversion Movement. Its leaders are committed to violence, and they are virulently anti-Semitic. 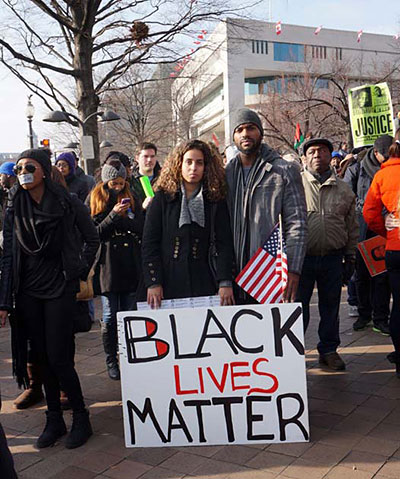 Now, notice, I did not say avoid identifying with the slogan, “Black Lives Matter.” I’m speaking, instead, of the BLM organization. It is an abomination that is fomenting racism by playing the race card with respect to every event it possibly can.

The Sanctity of Life

Do black lives matter? Or course they do! In fact, all lives matter, including precious babies in the wombs of their mothers.

All human beings are created in the image of God (Genesis 1:27). That image is sacred. Life is sacred.

I [the Lord God Almighty] call heaven and earth to witness against you today, that I have set before you life and death, the blessing and the curse. So choose life in order that you may live, you and your descendants… (Deuteronomy 30:19)