Get Your Kicks On Route 666 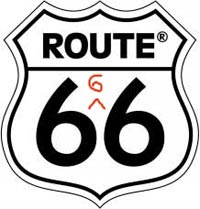 If you need a smile today at the expense of many state Department of Transportation offices and their somewhat humorous problem, then this Southeast Outlook article by Lisa Griffin (Oct. 9, 2009 ed.) is for you. The title says it all — “Signs With ‘Mark of the Beast’ Become Targets for Theft.”

The number 666 long has been claimed by Christians as the mark of the anti-Christ who will rule the Earth in the last days; the one who “… forced everyone, small and great, rich and poor, free and slave, to receive a mark on his right hand or on his forehead, so that no one could buy or sell unless he had the mark, which is the name of the beast or the number of his name” (Rev. 13:16-17). Scripture reveals the connection to the number: “… If anyone has insight, let him calculate the number of the beast, for it is man’s number. His number is 666” (Rev. 13:18).

Authorities in New Jersey aren’t too keen on the numerical association, as metal signs at mile marker 66.6 on the New Jersey Turnpike and the Garden State parkway are disappearing as fast as replacements can be erected. Officials don’t know whether the thieves are religious individuals who are upset about the numerical association, Satanic worshipers or college students, perhaps in search of dorm decorations.

Other states that have experienced similar thefts repeatedly have adopted the solution of renaming the locations slightly and using signage with numbers such as 66.61.

For now, New Jersey officials say they plan to continue replacing the signs, which cost about $50 each.

OK, I’ll admit, I had a Yield sign in my room as a kid. Who gave it to me I can’t remember, but I think it made its way back. So, if you’re out for kicks to get a highway sign with a prophetic bent to decorate your garage or bedroom, the DOT would like them back please. For those who have a genuine problem with signs that bear the “666,” then check out this previous post — Stop Panicking Over the Mark of the Beast.

Antichrist   Mark of the Beast