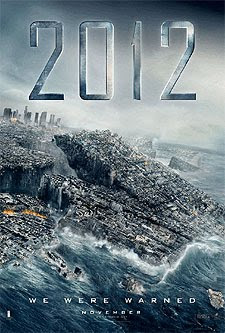 I think it is clear that all the 2012 hysteria is unfounded. But would it be accurate to say that even if the 2012 date is wrong, we could very well be near the end of the world?

Well, that all depends on what is meant by “the end of the world.” The only reliable source of information about the future is the Bible. We know it is reliable because it contains hundreds of very specific prophecies about persons, cities, and nations that have already been fulfilled in history. It also contains 109 specific prophecies about the Messiah that were fulfilled in the life of Jesus of Nazareth.23

The End of the Current Age

The Bible teaches that Mankind entered a whole new age on the Day of Pentecost in approximately 30 AD.24 On that day the Holy Spirit fell upon the Apostles and they were empowered to preach the Gospel (Acts 2:1-4). Peter preached the first Gospel sermon, and the Church was established when three thousand people responded and accepted Jesus as their Messiah (Acts 2:14-41). We have been living in the Church Age ever since.

The Age of the Last Days also began on the Day of Pentecost. The prophet Joel had prophesied that in the “last days” God would pour out His Spirit upon all mankind (Joel 2:28 and Acts 2:17). When the three thousand responded to Peter’s sermon, they were filled with the Holy Spirit (Acts 2:38), and all believers have received that gift since that time. The writer of Hebrews referred to his day and time in the First Century as “the last days” (Hebrews 1:2). The Apostle Peter did the same thing in his writings (1 Peter 1:5 & 20). And the Apostle John called his day the “last hour” (1 John 2:18).

Before Jesus died and the Church Age began, He referred to His day as “the times of the Gentiles” (Luke 21:24). He was referring to the period of time when the Jewish people would live under Gentile domination without a king anointed by God. That period began in 586 BC when Israel was conquered by Babylon, the Davidic monarchy was ended, and the Jewish people were carried away into captivity. This period continues to this day simultaneously with the Church Age because the Jews still suffer from Gentile domination, and their God-anointed monarchy has not been restored.

The Church Age will conclude when the Church is taken out of this world on the day of the Rapture (1 Thessalonians 4:13-18). The Second Coming of Jesus, approximately seven years later,25 will mark the end of the Age of the Last Days. It will also mark the end of the Times of the Gentiles.

The End of the Current World System

At the end of the Tribulation, when the Second Coming occurs, the current world system will also come to an end. When I refer to the “world system,” I am talking about the way human society has operated since Adam and Eve were ejected from the Garden of Eden.

All the societies of the world, despite their particular forms of government and their types of economies have revolved around the ego of Man. They have thus been characterized by unrighteousness and injustice and war. Greed has ruled supreme. Power has always corrupted. The dispossessed have been exploited. Winston Churchill perhaps summed it up best when he observed, “Democracy is the worst form of government except all those other forms that have been tried from time to time.”

Jesus is returning to institute a radically new world system. It will be a theocracy characterized by the rule of the rod of iron (Psalm 2:7-9 and Revelation 2:27). He will reign as King of kings and Lord of lords from Mount Zion in Jerusalem (Revelation 19:16). His Word will be the law of all nations, and it will be enforced worldwide by those of us who will be reigning with Him in glorified bodies (Isaiah 2:2-4 and Daniel 7:13-14, 18, & 27).

There will be no political parties, pressure groups or legislatures. Greed will be replaced with decisions based on fairness and equity (Isaiah 11:4-5). Vulgarity will give way to holiness (Zechariah 14:20-21). Poverty will be swallowed up in abundance (Micah 4:4). Righteousness and justice will be fulfilled (Isaiah 11:3b-5). Peace will flood the world as the waters cover the seas (Micah 4:3).

The End of the Current Natural World

Many Christians believe that at the end of the Lord’s millennial reign the cosmos will be consumed with fire and cease to exist. A corollary of this is a belief that since the material universe will cease to exist, the Redeemed will live eternally in a non-material, ethereal spirit world called Heaven.

These beliefs are derived from a passage in 2 Peter 3 that says, “The day of the Lord will come like a thief, in which the heavens will pass away with a roar and the elements will be destroyed with intense heat, and the earth and its works will be burned up” (2 Peter 3:10). If that’s all the Bible had to say about the matter, then we could rightfully conclude that the material universe will one day come to an end.

But a few verses later the same passage states that according to the promise of God (Isaiah 66:22), we can live “looking for new heavens and a new earth, in which righteousness dwells” (2 Peter 3:13). Further, the same passage refers to the original earth as having been “destroyed” by water (2 Peter 3:5-6). This does not mean that it ceased to exist. What it means is that the original earth was radically changed by the Noahic Flood. In like manner, the current earth will be destroyed by fire, meaning it will be radically changed, not that it will cease to exist.

This interpretation is sustained by the fact that the Bible teaches that the current earth is eternal: “Generations come and generations go, but the earth remains forever” (Ecclesiastes 1:4; see also Psalm 78:69 and Psalm 148:6).

Chapter 21 of Revelation affirms that the Redeemed will live forever on a new earth in the presence of God. As verse 3 puts it, “the tabernacle of God” will be “among men.” In other words, Heaven will come to earth — to the new, renovated and perfected earth that has been cleansed of all the pollution of Satan’s last revolt at the end of the Millennium.

There is no reason for you to fear the “end of the world” if you are a born-again child of God. You have the promise of living eternally with God on this earth after it has been redeemed and perfected.

But if you have never accepted Jesus as your Lord and Savior, you have every reason to fear the future. The signs of the times given in the Bible indicate beyond a shadow of a doubt that Jesus is about to return to take His believers out of this world in preparation for the pouring out of God’s wrath during a period of seven years that the Bible refers to as the Tribulation.26 It will be a time of unparalleled horror on this earth, so terrible, in fact, that one-half of humanity will die during the first three and a half years!27

God does not wish that any should perish (2 Peter 3:9). That’s why He has provided us with signs to watch for that will indicate the season of His Son’s return. We are in the midst of that season. We are living on borrowed time. Don’t delay. Give your heart to Jesus today (John 3:16 and Romans 10:9-11).

26) David R. Reagan, “50 Reasons Why We Are Living in the End Times,” www.lamblion.com/articles/articles_signs11.php.

27) David R. Reagan, “The Tribulation: What is it? What is its purpose,” The Lamplighter magazine published by Lamb & Lion Ministries, January-February 2004.