Do you know how phenomenal the statistical probability is that so many Bible prophecies could be fulfilled in the life of one man — Jesus Christ?

Dr. Reagan: Skull Hill, also called Golgotha, is one of the possible sites of the crucifixion of Jesus. This hill is located in Jerusalem just north of the Old City’s Damascus Gate. There is an image on the front of the hill of what appears to be a skull. You can see two eye sockets and the bridge of a nose. 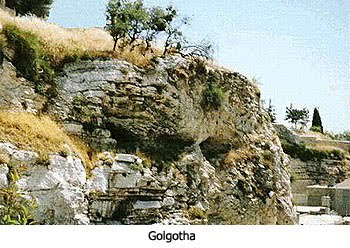 During Old Testament times, leading up to the time of Jesus, this was a place of execution where people were stoned to death. This site fronts on the highway to Damascus. The Romans always crucified people along such major highways in order to maximize exposure to what happened when you challenged Rome. Regardless of where the crucifixion took place in Jerusalem, whether here or some other site, the event itself was prophesied in the Hebrew Scriptures over one thousand years before it occurred.

The Remarkable Statistics of Bible Prophecy

Dr. Reagan: There are many reasons to study Bible prophecy. One of the most important is that it validates Jesus as God in the flesh.

Don McGee: There are over 300 prophecies concerning the First Coming of the Messiah in the Hebrew Scriptures. One hundred and nine of these are separate and distinct. The odds of only eight being fulfilled accidentally in the life of one person are 1 in 10 to the 17th power, or one in one hundred quadrillion. Such fulfillment is beyond the realm of possibility!

Dr. Reagan: A mathematician by the name of Peter Stoner in his book Science Speaks illustrates the meaning of 1 in 10 to the 17th power. Now, I have never met Peter Stoner, but I tell you one thing, I know he must be a good man because he uses the state of Texas to illustrate his point!

In the next part of this series on the Passion in Bible Prophecy, well delve into the most remarkable prophetic chapter concerning the crucifixion of Jesus Christ — Psalm 22.