In April I was interviewed by Bill Salus, author of the popular Psalm 83-themed book Isralestine, host of the radio program Prophecy Update, and evangelist on the end times website Prophecy Depot. Bill and I spent much of the second half of the interview discussing why I believe the Antichrist will come out of the European Union and not the Middle East. 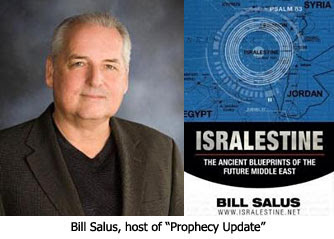