How can understanding NASCAR help one understand the Trinity?

Gary Smith, fellow Bible prophecy student and moderator of the 3,000+ member Christ in Prophecy Facebook group, has answered this most interesting question, clutching insights from both his love of the Lord and of high speed auto racing. 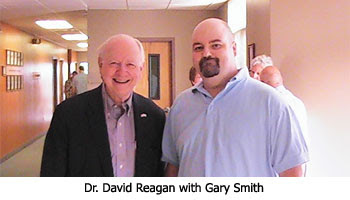 “Do you not know that in a race all the runners run, but only one receives the prize? So run that you may obtain it.” – 1 Corinthians 9:24

Today, the biggest form of racing in the United States is called NASCAR. I’m a big NASCAR fan and have been for a long time. In fact, I like most forms of motor sports.

NASCAR has some distinct characteristics from which I have come to understand some biblical truths, one of which is the Trinity. Of course, this isn’t a perfect analogy since we’re comparing sinful humans to God, but bear with me here.

What in the world does NASCAR have to do with the Trinity? Well, we must first have a brief lesson about a NASCAR team structure. Every team has a Car Owner, a Crew Chief and a Spotter, as well as a Driver and Crew. In fact, the Driver and Crew can’t operate without the first three.

The Car Owner is the one who hires the Driver (usually by actively looking at local short-tracks). The Crew Chief is the one who sets up the car and leads the Pit Crew, as well as standing between the Owner and the Driver. The Spotter is the person who stands up on the roof of the grandstand and speaks directly to the Driver, helping guide him through the race. The Driver is obviously the one actively involved in running the race and the Crew helps him get to the end.

Let’s look at how this translates into a Biblical truth.

For the Crew Chief to know what’s wrong, though, the Driver must call him on the radio and tell him what’s going on. We, as Christians who have a relationship with Jesus Christ — our Crew Chief — would call this “prayer.” We call upon our Crew Chief when things aren’t right, and we have to trust that He knows what He’s doing. If we do not, we run the risk of hitting the wall because we refuse to call on Him.

The Spotter
The Spotter, as I stated earlier, stands high above the track and watches the race from his perch. He has a direct radio link to the Driver, Crew Chief, and Owner. His job, though, is to guide the Driver around the track. That may sound ludicrous, but the Driver is very restricted inside the car. In the old days, a Driver could turn his head and look behind himself, but not anymore. The Driver has very limited vision inside the car and has to depend on his Spotter to tell him who’s behind or beside him (tricky business at 190 MPH!).

The Spotter must pay attention to what’s going on around and in front of his Driver. If there’s a wreck up ahead, the Spotter tells the Driver the safest place on the track to get through any carnage. He may tell the Driver, “Go high,” “Go low,” or “STOP!!!!” When racing side-by-side, the Spotter tells him who he’s racing with and where the other racer is exactly. In short, the Spotter is the Driver’s extra eyes.The Spotter represents the Holy Spirit. Even though the Holy Spirit lives inside the believer and isn’t outside watching from the side-lines, we must trust Him to make the right calls to get us through the obstacles in our path.

The Pit Crew
The Pit Crew, in my mind, represents those whom God has hired to help us. Whether they be angels or ministers, God has given us a support group to help us through the race. Without a good crew, the Driver will not be successful.

The Driver
The Driver is obviously you and me. The Driver has to trust the Owner, the Crew Chief, and the Spotter or he won’t get very far.

How are you running your race? Are you trusting the Owner, Crew Chief and Spotter, or are you ignoring them? Are you on the radio telling them what’s going on in your race?

If you trust and obey them, you will run well. You might get banged up like a good race car which is covered in dings, dents, and scratches proving the Driver has driven hard, but you will finish well.