Truth of the Virgin Birth: Objections 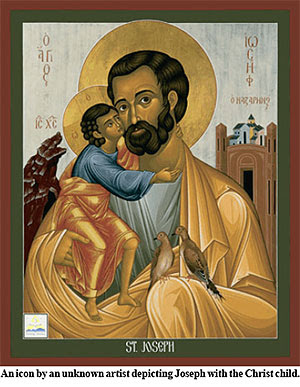 Let’s continue with our search for evidence of the innocence of Mary. The next piece of evidence is to be found in a beautiful song that Mary sings to Elizabeth:

47 “and my spirit rejoices in God, my Savior,

48 “who has taken notice of his servant-girl in her humble position. For imagine it! From now on, all generations will call me blessed.

49 “The Mighty One has done great things for me! Indeed, His name is Holy;

50 “and in every generation He has mercy on those who fear Him.”

I ask you, what unwed pregnant girl has ever behaved in this manner, singing songs of praise to God in front of her relatives? The behavior of Mary is the behavior of innocence!

The Response of Joseph

And her innocence is also confirmed by what Matthew tells us about the behavior of her husband, Joseph. Matthew says that because Joseph was a righteous man, he at first wanted to divorce Mary quietly, but then changed his mind and decided to go ahead with the marriage because an angel appeared to him and assured him of Mary’s innocence (Matthew 1:18-23).

Matthew makes it clear that Joseph’s initial response to the news of Mary’s pregnancy was one of shock. He was clearly an innocent party. And his willingness to continue with the marriage showed that he was convinced by the angel’s visitation that Mary, also, was completely innocent.

Yet, the world, including some professing Christian leaders, screams “Nonsense!”

“It’s scientifically impossible!” they say. Well, of course it is! But the conception of Jesus was a miracle of God performed by the One who spoke the whole universe into existence. As Gabriel said to Mary, “Nothing is impossible with God.”

The critics respond, “But it’s mentioned only in Matthew and Luke. There is no mention of it in the Gospels of Mark and John, nor is there any mention of it in the epistles of Paul, Peter and John.” My response is to ask, “How many times must God state something for it to be true?” One is enough for me.

It is stated specifically in two Gospels, and it is referred to indirectly by Paul in Galatians 4:4 where he refers to Jesus as having been “born of a woman,” which was a very quaint statement in a male dominant culture.

The critics counter by claiming that the early Christians simply tried to deify Jesus by relating his birth to pagan myths of great people, like Alexander the Great — people who were supposedly born of a union between a god and an earthly woman. But all such myths crudely pictured gods coming to earth and having sexual intercourse with women.

The idea that Orthodox Jews in the First Century would try to deify their Messiah by applying pagan myths to Him is preposterous. It is equally preposterous to believe that they would devote their lives to a myth and be willing to die for it.

The last gasp of the critics is their contention that a virgin birth was nowhere anticipated in the Hebrew Scriptures, and therefore, it had to be a myth that was conjured up later by ignorant and superstitious people.

But this ignores the fact that the two writers who mention the virgin birth were both educated men — Matthew, the former Roman tax collector, and Luke, a medical doctor.

The argument also ignores the fact that the virgin birth of the Messiah was definitely anticipated in Bible prophecy. We’ll look at that point in the next installment of this “Truth of the Virgin Birth” series.