Explorations in Antiquity Center: Passover in the Last Supper

Where is the Passover in the Last Supper?

Passover and the Last Supper

Dr. Fleming: There is evidence that the Last Supper was indeed a Passover meal. One evidence is the reclining meal. The rabbis at the time of Jesus taught that every Jew whether bond or free had to have at least one meal a year reclining like a free person. Slaves normally had to eat standing, but at the Passover meal reclining would be necessary because that’s the feast to remember when you used to be a slave, but thanks to God, you are now free. The Passover then would have been eaten while reclining, so too the Last Supper is originally also a reclining meal.

At the Last Supper, there is special attention given to cups. When the meal had ended, Jesus again took a cup. At the Passover, you are supposed to have four cups of the fruit of the vine. It’s a meal where they sing. They sang a hymn and left and went to Gethsemane. In all instances then, the Last Supper really seems like it is a Passover meal.

When the meal had ended, Jesus had a number of sayings, particularly recorded in John’s gospel. Did you know that amazingly almost half of the Book of John concerns Jesus’ last night with His disciples? John 12-18 is in Gethsemane. We have sayings about, “I’m the vine, you are the branches.” Jesus tells them about not being sorrowful for He’s going away from them, but will be sending a comforter. “I am the way, the truth and the life.”

Remember at the Last Supper how it was very important that Jesus wash the Apostles’ feet. He washed them so they would remember that He had done it. Concerning foot washings, the text doesn’t say, “Do this in remembrance.” So, the act is not quite as strong as partaking of the bread and the fruit of the vine, but they’d remember that He had done it. 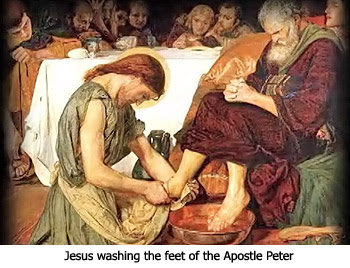 Jesus wanted His disciples to remember that He had washed their feet. I try to remind myself whenever I am tempted to point out someone else’s dirt. What’s wrong with this picture? Hasn’t the Lord washed my feet? Why am I pointing out someone else’s dirt? Can’t I give them a break? The Lord has given me a break.

What of Jesus’ saying that the Lords Supper was done in “remembrance of me?” Remembrance word in Greek means “don’t have amnesia.” Amnesia becomes very important, as we’re told not to forget what Jesus is about to do on the cross for our sins.

Jesus wanted His disciples to remember the meaning of His last message. “This evening, remember these words of comforts that I have given you. Remember the vine and the branch and the cups. Follow me to find the way, the truth, and the life. Remember I’ve washed your feet. This act will help you through life.”

At the end of the Passover meal you would sing four songs: Psalm 115, 116, 117, and 118. They are called the “Hallel.” The people attending the Passover feat would have sang a hymn before leaving.

Jesus’ teachings continued as they walked to Gethsemane. He taught them that the shepherd was about to be taken and the sheep would be scattered, quoting Zechariah 13:7. Jesus was the brave shepherd. Do you remember when Jesus was arrested? Since the religious leaders thought he would run off, they told Judas to kiss the guy so they could quick jump on him before he left. The kiss allowed the religious guards to know who they were supposed to arrest. Instead, Jesus stepped forward bravely protecting the flock. Remember once Jesus was assured that only he would be taken, he went willingly? Peter and John followed. 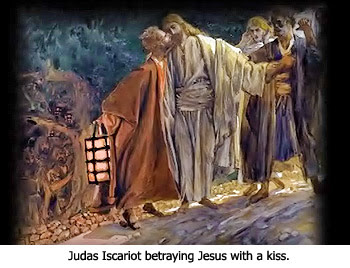 The night of the Last Supper was a night of many failures in Peter’s life. I wonder if that was part of what was behind Jesus’ saying in Matthew, Mark, and Luke that He’d been looking forward to eating the Passover with them. It’s the only one of the seven feasts the Jews have that reclined at a table. Eating a meal in this way shows you forgive someone. Maybe Jesus thought it would help them later in life to remember his last meal with them and that it was at a feast table. Being a place or setting of forgiveness might help them through the dark days ahead. So, there are wonderful things to associate with this special last meal.

Isn’t it great to be alive? We have found so many examples of reclining tables and sitting practice and things like that which reveal insight into who God is.

Dr. Reagan: One of the aspects that excites me is that Jesus has made a promise, and that promise is that one day He will return and drink the cup with us. Believers in Christ will partake in the Marriage Feast of the Lamb. So, the Lord’s Supper today which is based upon the Passover Supper is not only a remembrance of the past, but a remembrance of the promise of the future that He is coming again.

In the fourteenth part of this series with archaeologist Dr. James Fleming at his Explorations in Antiquity Center, we’ll glean some biblical insights by learning about First Century crucifixion techniques.