What will society look like just before the Rapture? 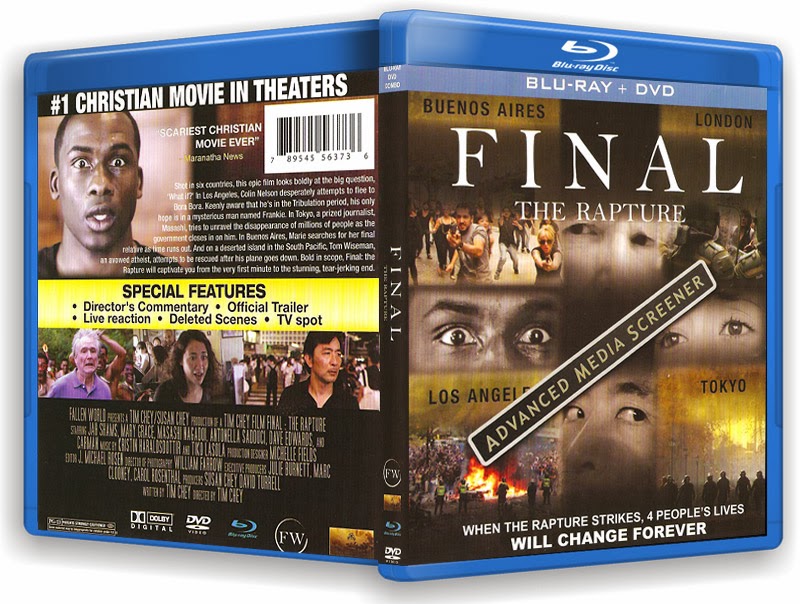 Dr. Reagan: I was impressed with every aspect of the film such as the quality, but particularly with the acting. You have some really fine actors. Are they all professionals?

Tim Chey: Yes, they all are. We cast in Hollywood, which is the capital of casting.

Dr. Reagan: Some of these actors are outstanding actors in their countries as well, like in Argentina and Japan?

Nathan Jones: The woman in Argentina was great.

Tim Chey: She’s a big TV actress. It’s funny because everywhere we went people were trying to get her autograph, rather hindering the film-making process. We said to folks, “We’ll get you an autograph after this scene.”

Dr. Reagan: The lead Japanese actor has been in major Hollywood films, hasn’t he?

Tim Chey: Yes, he plays the general in Letters from Iwo Jima, which is a Clint Eastwood movie. It was interesting how he talked about Clint Eastwood directed him, and it was just amazing for me to hear. Eastwood is a phenomenal director. He’s also one of my favorite directors, too.

Dr. Reagan: The actor that impressed me the most in the whole film was the professor from Los Angeles.

Nathan Jones: Oh, because he was a professor like you were?

Dr. Reagan: The intellectual arrogance of the guy! I got so mad at that guy. That’s when I realized how good an actor he was. Is he a professional actor?

Tim Chey: Yes, he’s a very big actor and we were blessed to have him. He’s also a sold-out believer. It’s very hard like we were talking about to get a talented sold-out believer to be in your film.

Dr. Reagan: It’s hard to believe that he’s a believer in Christ, really. The way he behaves in that film, I thought I was watching Richard Dawkins who is the world’s number one Atheist.

Nathan Jones: He kind of looks like him, too. He reminded me of some of my old professors from when I was at Penn State, just totally hostile to the Gospel.

Dr. Reagan: Did you work him up to be that way?

Tim Chey: Yes, indeed. We actually shot at some of the major universities to get real students who were on the borderline of being an Atheist or believer in Christ. When they saw the movie interactions with the extras, they saw our professor and thought he was a real Atheist. He actually turned around and responded to a question off-scene, “No, I’m a believer. I am just playing an Atheist.” He just that convincing.

Dr. Reagan: Well, Brother, I just praise God for you and for many reasons. One in particular concerns how I’ve been all over the world in the history of this ministry. I know that whenever I go to a foreign country, whether it is Africa or Asia or Latin America, and I turn the TV set on in my hotel room, I’m going to see the most lewd, blasphemous, sexual and violent films and TV programs — all made in the USA. We are the moral polluters of planet earth. I’m just glad to see someone who is dedicated to making films that inspire and uplift. Your feelings about Hollywood these days?

Tim Chey: I agree with you 100%, Dave. In fact, on the airplane now they force you to lower your blinds and watch their garbage. We’ve tried to put our Christian movies on the airplanes, but they won’t have anything to do with them. And to think how very fascinating that this country was founded by believers, the Pilgrims. And yet, American’s today take our religious tradition and throw it right out the door. Then they say, “No, you are forced to watch our garbage, but we can’t have anything Christian.” It’s even in the magazines when you stand at the checkout counter. We are forced to see the National Enquirer, but put a Christian magazine on the stands and we’ll be sued by the minority groups.

Tim Chey: The thing is, we are in living in Sodom and Gomorrah right now. We are living during the last days. It’s so hard to reverse that prophesied moral plunge. But, as you know, we can’t have it both ways. We can’t have the Rapture happening soon and it still be a glorious world in America.

Tim Chey: The 1950’s would have been a great time for the Rapture to happen, but I think the Lord is showing us the degradation of our country today as a precursor to Christ’s return.

In the fourth segment of our interview with Director Tim Chey concerning his movie Final: The Rapture, we’ll theorize as to what excuses the world will use to explain away the Rapture.