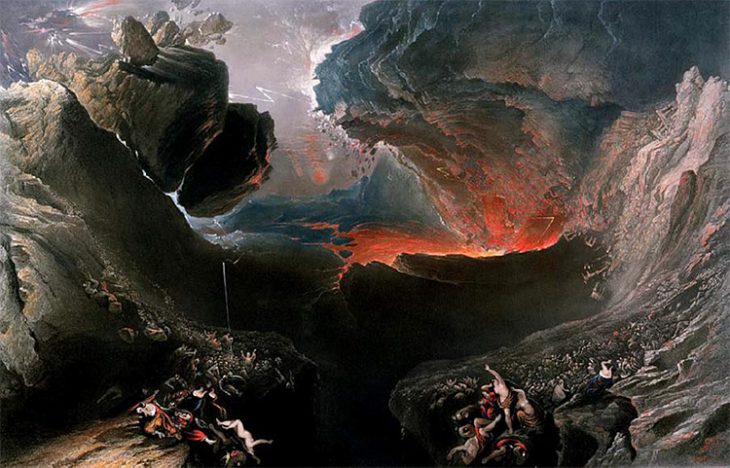 Back in the mid-1990s, a popular radio talk show host on an Oklahoma City secular station interviewed me live on the air via telephone. He had seen an article I had written about the financial accountability of Christian ministries, and he had liked it.

He began the interview by graciously giving me the opportunity to talk non-stop for about ten minutes about the way God had transformed my life and called me into the ministry. We then moved on to a discussion of the scandals that had recently rocked the Christian community nationwide.

Everything went well until the host asked me to summarize the fundamental message of my ministry. I responded by saying that God had called me to proclaim “the soon return of Jesus in wrath.”

Before I could proceed with my explanation, the announcer cut me short. “What do you mean, ‘wrath’?” he asked.

“I mean that Jesus is going to return very soon to pour out the wrath of God upon those who have rejected God’s love and grace and mercy.”

“Your God is a monster God!” he snapped. He then added, “I happen to be a Christian, and I can tell you that my God wouldn’t hurt a flea!”

That was the end of the interview. He hung up on me. I was not given an opportunity to respond to his misrepresentation of our Creator.

The radio host’s vehement response to the wrath of God did not surprise me. It is characteristic of both Christians and non-Christians, and I have encountered it many times.

Satan has sold the world a bill of goods concerning the nature of God. Most people, both Christian and non-Christian, tend to view God as being a sort of Cosmic Teddy Bear.

They see Him as big and warm and soft, full of infinite love and forgiveness. He couldn’t hurt a fly, and He certainly wouldn’t be so cruel as to condemn or harm any beings created in His own image. On the Day of Judgment, God will simply give everyone a big hug and wink at their sins.

The only problem with this wonderfully comforting image is that it is a lie straight from the pit of Hell.

Two of my favorite passages in the Bible emphasize the personal loving nature of God. One was penned by the apostle Peter. In 1 Peter 5:6-7 he says that we are to cast all our anxieties upon God “because He cares for you.” That is a very comforting thought.

The other passage that I love to read over and over consists of words spoken by the prophet Jeremiah in Lamentations 3:22-24 (RSV):

The steadfast love of the Lord never ceases,
His mercies never come to an end;
They are new every morning;
Great is Thy faithfulness,
“The Lord is my portion,” says my soul,
“Therefore I will hope in Him.”

But the Bible also clearly teaches that there is another aspect of God’s character that is equally important. It is the aspect that Satan wants us to ignore, and he has been very successful in prompting ministers to overlook it. After all, it doesn’t produce popular sermons! I’m speaking, of course, of the holiness of God (Leviticus 11:44; Isaiah 6:3; 1 Peter 1:16).

The Bible teaches that God is perfectly holy. Because of this attribute of His character, He cannot tolerate sin (Numbers 14:18). The Bible says God must deal with sin, and He does so in one of two ways — either grace or wrath.

All of us seem to know John 3:16 — a very comforting verse about God’s love for us. But few of us seem to be aware of the words recorded a few verses later in John 3:36 — words taken from a sermon by John the Baptist: “He who believes in the Son has eternal life, but he who does not obey the Son shall not see life, but the wrath of God abides on him”.

The apostle Paul emphasized this point in his preaching and teaching. In Ephesians 5 he warns against immorality, covetousness, and idolatry, and then he adds this observation: “Let no one deceive you with empty words, for because of these things, the wrath of God comes upon the sons of disobedience” (Ephesians 5:6).

We come under God’s grace by placing our faith in Jesus and appropriating His atoning sacrifice for our lives (1 John 1:7). There is no salvation apart from Jesus (Acts 4:10-12). Those who have rejected God’s free gift of grace in Jesus are under God’s wrath (John 3:36), and they have no one to blame but themselves.

In the second part of this exploration into the character of God, we will search the Bible to see if the God of wrath portrayed in the Old Testament God is not the God of the New Testament.