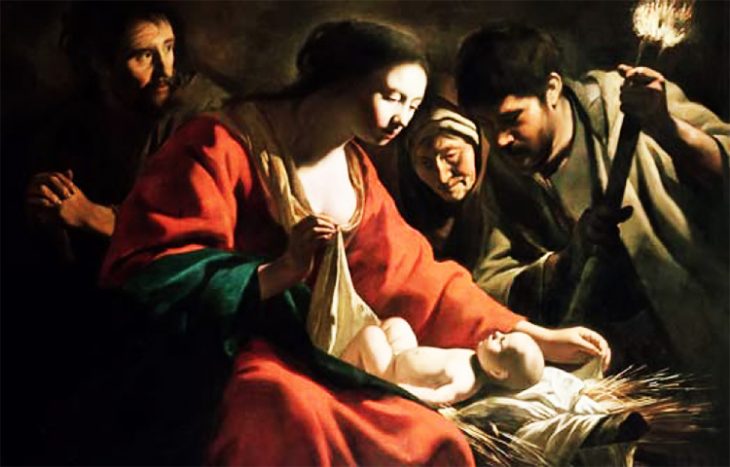 Every year during the Christmas season I start receiving critical messages from professing Christians who condemn me for celebrating Christmas. Some verge on outright hate mail. They seem to be prompted by Christmas articles I have written in the past. Or, they are offended by Christmas decorations on our television set.

I am lectured in no uncertain terms about how Christmas is a pagan holiday and that no true Christian would ever stoop so low as to recognize the day in any way.

These messages always remind me of the ones I receive throughout the year from Seventh Day Adventists who condemn me for going to church on Sunday instead of Saturday, the true Sabbath.

It seems I just can’t get my days straight!

I respond to both in the same way — by pointing to what the Apostle Paul had to say about such things in Romans 14. In the first 13 verses of that chapter he makes it crystal clear that believers have the freedom in Christ to give, or not to give, spiritual significance to any day they please. Paul expressed it this way (Romans 14:5-6a):

One man regards one day above another, another regards every day alike. Let each man be fully convinced in his own mind. He who observes the day, observes it for the Lord…

David Reagan: Romans 14 makes it crystal clear that believers have the freedom in Christ to give, or not to give, spiritual significance to any day they please. #Christmas Click To Tweet

Paul concludes this whole section with a strong admonition that we are not to judge one another over such peripheral issues (Romans 14:13).

Regarding Christmas, some object by arguing that in ancient times the day was a pagan holiday when the Roman god, Saturn, was given special honor. (The Romans mistakenly thought December 25 was the day of the Winter Solstice.) All this is true, but so what?

I don’t worship any false sun god on Christmas. I rejoice over the Incarnation — the true God becoming flesh.

This argument reminds me of those who denounce the Star of David as a pagan symbol. There is no doubt that it has been used by pagans from time to time in history, but that does not invalidate it as a modern day symbol of Israel.

By this twisted logic, we Christians should abandon the rainbow as a symbol of God’s faithfulness to His promises because it has been adopted as the symbol of the current day Sexual Perversion Movement.

I fully realize that Jesus was not born on December 25. He was most likely born during the time of the Feast of Tabernacles in the Fall of the year, in either September or October.

But I intend to continue celebrating the incredible miracle and blessing of the incarnation on December 25. Together with the angels, I am going to rejoice over the “good news of a great joy which shall be for all the people” — namely, Jesus (Luke 2:10).

If that offends you, then just pray for me and skip the day. But please don’t send me any self-righteous condemnations. Thank you!