The Rapture Under Attack (Part 1 of 2) 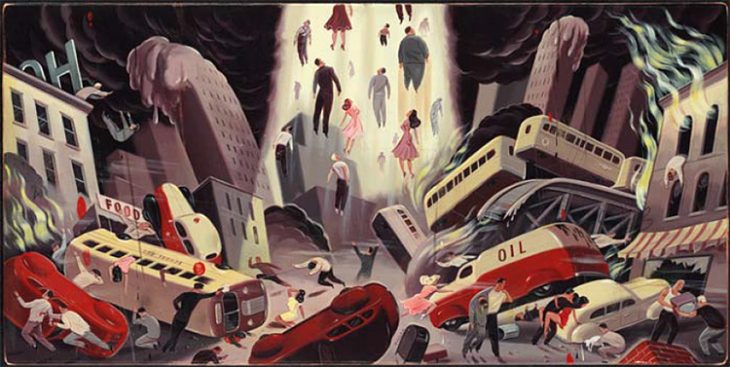 Noah preached for 120 years before the Lord delivered on His promise to destroy the world with water. I’m sure that in the final years before the flood came, he must have been severely mocked as a false prophet and a mad man. But God was faithful to His promise, and Noah was vindicated in the end.

Likewise today, people are scoffing at the promise of the Pre-Tribulation Rapture, and they are mocking those who are preaching it. I keep hearing comments like this: “People have been preaching the Lord’s imminent return for a hundred years, and nothing has happened.”

The irony is that this attitude is one of the signs that we are living in the final days of the end times, for the Bible says “that in the last days mockers will come with their mocking, following after their own lusts and saying, ‘Where is the promise of His coming?'” (2 Peter 3:3-4).

The Common and Frequent Criticisms

Let’s consider for a moment some of the criticisms that are being aimed at the concept of a Pre-Tribulation Rapture.

1) The concept is not in the Bible. The word, Rapture, is not mentioned anywhere in the Scriptures.

First, there are many biblical concepts and words that are not found in the Bible — like Trinity, Atheism, Divinity, Incarnation, Monotheism, Shekinah Glory, and even the word, Bible.

But the word, Rapture, is found in the Bible — in the Latin version, which was the Bible of the Western world for over 1,000 years (from 400AD to 1517). The word appears in 1 Thessalonians 4:17 where, in English, it says that a day will come when the living and dead in Christ will be “caught up” to meet Him in the sky. In the Latin, the term, “caught up,” is expressed as “rapiemur,” which is a declension of “rapio,” meaning snatch, or grab or abduct.

2) None of the Church Fathers believed in a Rapture that was separate and apart from the Second Coming.

It depends on your definition of “Church Fathers.” All the true Fathers of the Church definitely believed in a Rapture that was distinct from the Second Coming. I’m speaking, of course, of Jesus who taught the Rapture in John 14:1-6; the Apostle Paul who wrote about it in 1 Thessalonians 4 and 1 Corinthians 15; the Apostle Peter who described the principle of it in 2 Peter 2:4-9; and the Apostle John who does not mention the Church being on earth during the Tribulation (Revelation 6-18).

The later Church Fathers, who lived between 100 and 400 AD, were nearly all Premillennial in their Eschatology, but none of them seemed to pick up on the teaching of the Rapture. And when the Catholic Church endorsed Augustine’s concept of Amillennialism around 400 AD, all discussion of end time prophecy became taboo. That viewpoint pictured only one return of Jesus at the end of the Church Age.

Thereafter, You either accepted Amillennialism or you were burned at the stake, together with your writings.

3) The concept of the Pre-Tribulation Rapture is too new to be true.

This is exactly what the defenders of Roman Catholicism said to Luther about his biblical concept of “salvation by grace through faith.”

It is true that the concept of a Pre-Tribulation Rapture was not crystalized in its final form until the writings of Englishman John Darby in the early 1800s, but we now have overwhelming proof that the concept was being discussed by Bible prophecy students for over 200 years prior to the time of Darby. (See William C. Watson’s book, Dispensationalism Before Darby, published in 2015.)

But then, how could there be any development of eschatology prior to the Reformation which began in 1517? During the Middle Ages, most people could not read, and even if they could, printed Bibles did not exist, nor were there translations available in the common languages of the people.

Once people obtained printed Bibles in their own languages, they quickly realized that the Amillennial view of the Catholic Church was based upon a spiritualization of the Scriptures. That’s when a revival of the Premillennial view occurred because it is based upon the plain sense meaning of the Bible’s prophecies. And that is also when Bible students began to notice that the Rapture is an event that is separate from the Second Coming.

Nor should the late development of the Pre-Trib Rapture concept be a surprise to anyone because the Scriptures themselves tell us that end time Bible prophecy will not be understood until the time comes for its fulfillment. For example, the prophet Daniel did not understand the end time prophecies that were given to him. And when he complained about this to the Lord, he was told, “these words are concealed and sealed up until the end times” (Daniel 12:9).

Many end time prophecies are being understood today for the first time because their fulfillment depended on either historical developments (like the re-establishment of the state of Israel) or technological inventions (like the atomic bomb and satellite television).

In the second and final part of this defense of the Pre-Tribulation Rapture, we’ll debunk three more criticisms.

Dr. David Reagan interviews some of Christendom’s greatest experts on the Rapture! Some of them include Tommy Ice, Andy Woods, Mark Hitchcock, William Watson, Charles Ryrie, and Tim LaHaye. 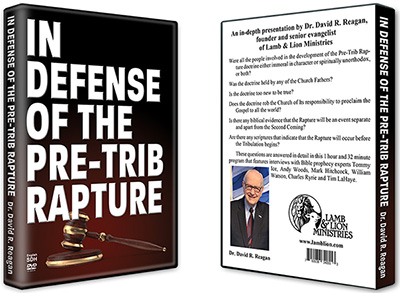