A Dozen of the Bible’s Most Important Prophecies: The First Six 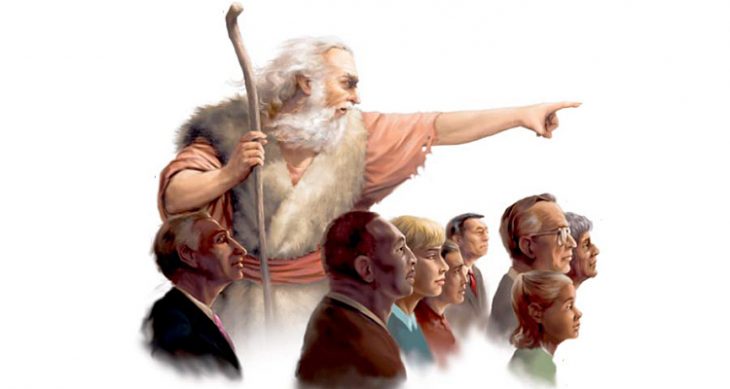 My selection of the prophecies to feature, as you will see, was guided by their relevance to the Messiah. And this decision was driven by the statement in Revelation 19:10 that “the testimony of Jesus is the spirit of prophecy.”

I have not listed the prophecies in the order of their importance. Rather, they are listed in chronological order as they relate to the life of Jesus.

1. The Promise of a Messiah

This is the Bible’s very first Messianic prophecy. These words were spoken by God to Satan after he had tempted Adam and Eve to sin against Him. It is a remarkable statement of God’s unfathomable grace. Despite their rebellion, God reveals that He will provide a way of reconciliation with Him through the seed of woman, referring, of course, to a Messiah who would be born of a virgin. He states that Satan will “bruise” the Messiah “on the heel” (a non-lethal wound represented by the Cross — non-lethal in the sense that it was overcome through the Resurrection.) But He further states that the Messiah will “bruise” Satan “on the head” (the lethal wound at the Messiah’s Second Coming when Satan will be bound and ultimately cast into the Lake of Fire at the end of the Messiah’s millennial reign.)

2. The Lineage of the Messiah

3. Birth & Nature of the Messiah

Micah 5:2 — “But as for you, Bethlehem Ephrathah, too little to be among the clans of Judah, from you One will go forth for Me to be ruler in Israel. His goings forth are from long ago, from the days of eternity.”

This prophecy was written 700 years before the birth of Jesus, yet it precisely identifies the town where the Messiah would be born. And when I say precisely, I mean just that. Notice that it does not just say Bethlehem, but Bethlehem Ephrathah. You see, there were two Bethlehems in Judah at the time of the Messiah’s birth. One was in the north near the Sea of Galilee. The other was located near Jerusalem in the region of Ephrathah. Further, and often overlooked, is the fact that this prophecy proclaims that the Messiah will be an eternal being, indicating that He will be God in the flesh.

4. The Timing of the Messiah’s Coming

Daniel 9:24-26 — “Seventy weeks have been decreed for your people and your holy city, to finish the transgression, to make an end of sin, to make atonement for iniquity, to bring in everlasting righteousness, to seal up vision and prophecy and to anoint the most holy place. So you are to know and discern that from the issuing of a decree to restore and rebuild Jerusalem until Messiah the Prince there will be seven weeks and sixty-two weeks; it will be built again, with plaza and moat, even in times of distress. Then after the sixty-two weeks the Messiah will be cut off and have nothing, and the people of the prince who is to come will destroy the city and the sanctuary. And its end will come with a flood; even to the end there will be war; desolations are determined.”

This is the famous “70 Weeks of Years” prophecy of Daniel. Basically, what it is saying is that during a period of 70 weeks of years, or 490 years, God is going to accomplish six purposes among the Jewish people. At the end of 69 of those weeks, or 483 years, the Messiah will come and “be cut off,” followed by the destruction of the city of Jerusalem. Scholars disagree as to the starting point of the countdown of these years. That’s because there were several decrees issued concerning the rebuilding of Jerusalem. They also disagree as to the ending point because some use regular solar years and others use lunar years of 360 days. But regardless of the starting point and the years used, the end of the 49 weeks of years leading up to the revelation of the Messiah all fall within the lifetime of Jesus. So, this is a prophecy that clearly revealed the season of the First Coming. And since the six goals for the Jewish people have not yet been accomplished, we know that there is a gap in the prophecy and that the last seven years are yet to be fulfilled and will be fulfilled during the seven year period of the Great Tribulation.

5. The Nature of the Messiah’s Ministry

Isaiah 61:1-2a — “The Spirit of the Lord GOD is upon me, because the LORD has anointed me to bring good news to the afflicted; He has sent me to bind up the brokenhearted, to proclaim liberty to captives and freedom to prisoners; to proclaim the favorable year of the LORD…”

This is a prophecy about the nature of the Messiah’s ministry at His First Coming. He would bring “good news” or the Gospel to those afflicted with sin and in need of reconciliation with God, the Father. That good news will provide liberation from the bondage of sin and provide hope and joy to the brokenhearted.

6. The Suffering of the Messiah

Isaiah 53:3-5,7,9 — “He was despised and forsaken of men, a man of sorrows and acquainted with grief…Surely our griefs He Himself bore, and our sorrows He carried…He was pierced through for our transgressions, He was crushed for our iniquities; the chastening for our well-being fell upon Him, and by His scourging we are healed…He was oppressed and He was afflicted, yet He did not open His mouth; like a lamb that is led to slaughter…His grave was assigned with wicked men, yet He was with a rich man in His death, because He had done no violence, nor was there any deceit in His mouth.”

Because this prophecy so clearly and precisely describes the suffering that Jesus experienced right before His crucifixion, Jews will not allow it to be read in their synagogues. It is the passage that Philip the Evangelist used to convert the Ethiopian eunuch (Acts 8:26-39).

In the second and final part, we will conclude with the remaining six prophecies.