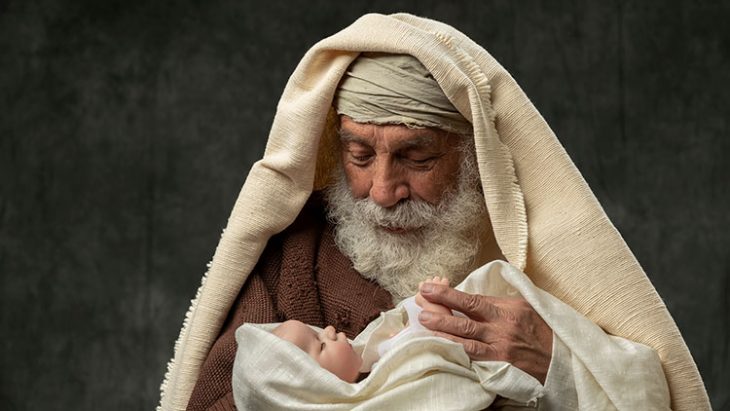 And there was a man in Jerusalem whose name was Simeon; and this man was righteous and devout, looking forward to the consolation of Israel; and the Holy Spirit was upon him. Luke 2:25

In the long dark years following the completion of the Old Testament, Israel descended into a period of silent darkness. As prophesied, there seemed to be a famine for the Word of the Lord, because following Malachi there were no more revelations.

The Greek Empire rose and fell, eventually giving way to the Roman Empire. Positioned at the crossroads of the ancient world, Israel became a subject state. Short-lived revolts offered short-lived hope. Just over 2,000 years ago, the heavy boot of Roman peace had crushed the religious and nationalistic hopes of most Jews. Only the Zealots were ready to take up arms and fight against Rome.

The Judean provinces represented an ongoing annoyance to the Roman overlords. Always bickering, and stubbornly resistant to embracing Roman gods, the Jews insisted on stiffening their necks and worshipping their own God instead of going with the flow of Roman rule.

It was during this dark time in human history — in a remote but strategic location — that God sent His Son into the world.

We are all familiar with the Christmas story, even if some of the details we know are extrabiblical. Gabriel appeared first to John the Baptist’s father, Zecharias, and then to Mary. Joseph also had an angelic visitor who foretold Jesus’ birth.

Other than those three and Zecharias’ wife, Elizabeth, there is no record in Scripture of Jesus’ actual birth being foretold to anyone else.

On the night Jesus was born, angels appeared in the sky above Bethlehem. They did not come to proclaim the Good News to the well-connected or religiously proud. They came to “some shepherds” — men on the very edges of society who slept with their livestock in the fields by night. But, oh, what a sight they beheld when a multitude of the heavenly host appeared above their heads and burst into a song of praise. Advised of the Savior’s birth, they hurried to Bethlehem to see the Baby. As they returned to their flocks, they went “glorifying and praising God for all that they had heard and seen, just as had been told to them” (Luke 2:20).

But there were two other people who the Bible says were anticipating the Lord’s Messiah. Simeon was an old man who was looking for “the consolation of Israel” — a title referring to the promise that the Messiah would deliver Israel. And Anna was an 84-year-old prophetess. Widowed for many years, she was at the temple night and day, fasting and praying and waiting upon the Lord.

Luke describes how these two faithful Jews were given the blessing of meeting the Baby Jesus. The Holy Spirit had revealed to Simeon that he would not see death before he had seen the Christ (Luke 2:26). Anna too was spiritually discerning. As soon as she saw Him, she recognized Jesus as the Anointed One and gave thanks to God for allowing her to look upon the Redemption of Jerusalem. 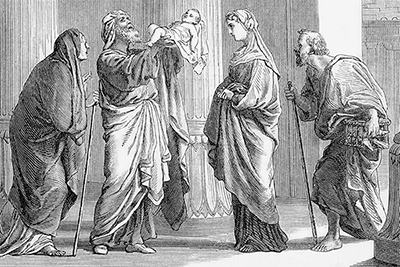 We might like to assume that Simeon and Anna — a devout man and woman — were representatives of a much larger group that was awaiting the Messiah. But I do not think that is the case. We know that when the magi came to Jerusalem seeking to find and worship the “King of the Jews,” Herod was troubled — and all of Jerusalem along with him.

Why was the Idumean king troubled, and why was the city upset along with him? Certainly not because they lacked signs regarding Jesus’ birth. The chief priests and scribes who assembled to respond to Herod’s inquiry rightly said the Messiah would be born “in Bethlehem of Judea, for this is what has been written by the prophet” (Matthew 2:5). Scripture does not indicate that any of them bothered to go to Bethlehem and see for themselves. Unlike the lowly shepherds who hurried to see Baby Jesus, they couldn’t be bothered to trek the handful of miles to the city of David — literally on the outskirts of Jerusalem to the south.

Herod too was uninterested in going to see or worship the infant King of the Jews. He sent the visiting magi on their way and asked them to report back to him. Herod’s claimed desire to eventually worship was patently false, which is why God warned the wise men in a dream not to return to Herod. 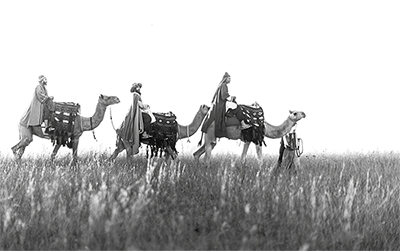 No, the Idumean king of the Jews was troubled because the true King of the Jews — even as a small child in Bethlehem — represented a great threat to his reign. Herod had his beloved wife Mariamne and two of his own sons killed, just because his paranoia led him to think his power was at risk. So, given Herod’s tendency to lash out at anyone who might undermine his claim to the throne, the entire city was on edge wondering how he might react when foreign emissaries came to worship the newborn Messiah.

Isaiah said that the Messiah would spring from the root of Jesse (Isaiah 11:1), but that like a “tender shoot” or a “root out of parched ground,” He would have “no stately form or majesty” (Isaiah 53:2). Regarding the reference to parched ground, the 400-year gap between the Old Testament and the New reflects that period of heavenly silence and demonstrates at least a partial fulfillment of Amos 8:11-12:

“Behold, days are coming,” declares the Lord God, “When I will send a famine on the land, not a famine for bread or a thirst for water, but rather for hearing the words of the LORD. People will stagger from sea to sea and from the north even to the east; they will go to and fro to seek the word of the LORD, but they will not find it.”

The Anointed One born in Bethlehem was not the mighty warrior king many Jews were longing for. They wanted a savior to deliver them from Roman oppression and restore their national primacy, not a Savior to deliver them from their sins and restore their relationship with Almighty God. Indeed, the priests and scribes took great offense when Jesus dared to suggest that they would be deemed unworthy, or even worse, that the grace of God would be extended to Gentiles instead of them. It was Jesus’ reference to God’s blessing being extended to Gentiles instead of Jews that outraged the people gathered at the synagogue in Nazareth (Luke 4:22-29).

From the time He was born, Jesus was not heralded by the masses. According to Scripture, there were only six Jews (Mary, Joseph, Zacharias, Elizabeth, Simeon, and Anna) who were looking forward to Jesus ahead of time, along with “some shepherds” who were told of His arrival. The rest of the Jewish society seems to have been going about their lives with no spiritual discernment whatsoever. 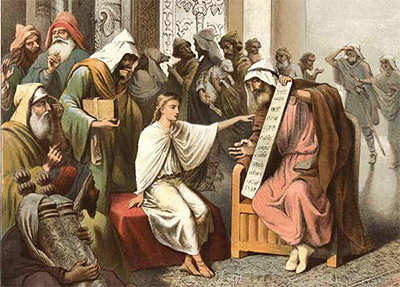 The Consistent Pattern During His Ministry

As a child, Jesus was not just precocious; He was unlike anyone who had come before (understatement of all time!). When He was only 12 years old, the teachers of the Law at the temple were “amazed at His understanding and His answers” (Luke 2:47). After His public ministry began, He confounded the scribes and Pharisees by teaching as someone with authority. And still, people did not recognize Him for Who He was.

Even Jesus’ disciples were unsure what to make of Him. Multiplying loaves and fish; calming a stormy sea; healing the deaf, lame, leprous, and blind; releasing the demon-possessed from bondage; it still took the revelation of the Father in heaven for Peter to finally confess, “You are the Christ, the Son of the living God” (Matthew 16:13-17).

Meanwhile, the masses, although drawn by miracles of nourishment and healing, were largely unaware that Jesus was the prophesied Messiah.

For His own good reasons Jesus did not broadcast that fact. More often than not He told the people He healed to follow the Law but not tell anyone about Him. He even spoke in parables so that the fulness of His meaning from the time He was born, Jesus was not heralded by the masses. According to Scripture, there were six named people who were looking forward to Jesus ahead of time, and “some shepherds” who were advised about His arrival. would be unrecognizable by the masses who had not really put their trust in Him. His words and the truth they revealed were for “those with eyes to see and ears to hear” (Matthew 13:16).

In a very real sense, only the sheep who recognized His voice would hear and follow Him — then, and now (John 10:27-28).

My sheep hear My voice, and I know them, and they follow Me; and I give eternal life to them, and they will never perish; and no one will snatch them out of My hand. John 10:27-28

For some of us, the promise of His coming resonates in our hearts and inspires our days. We wake up every morning hoping that He will come that very day.

In the second and last part of this article about those who wait for their Messiah, we will examine the four categories of believers’ anticipation for Christ’s return and ponder which category we each may fall in.