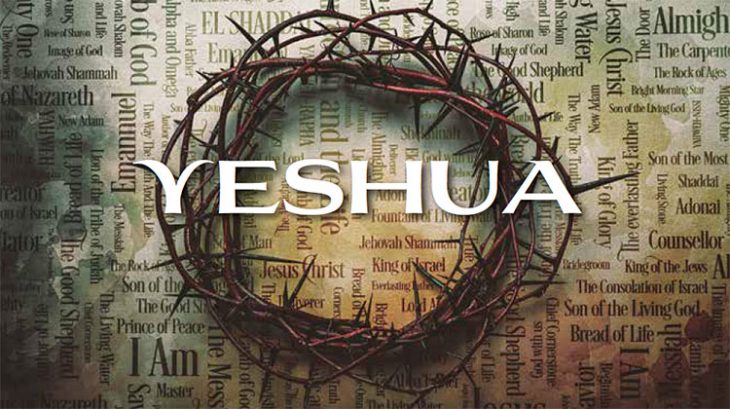 [Note: Our guest contributor, Amir Tsarfati, is the founder and president of Behold Israel. A Messianic Jew living in Israel, he is a dynamic speaker and proclaimer of Yeshua’s soon return. This article was updated from an article originally released on December 22, 2020, with permission from and interaction with Amir Tsarfati and his dedicated staff.]

Names and places are important in God’s prophetic plan. Every person and place mentioned in His Word are there for a reason.

After 400 years of silence upon the completion of the Old Testament with Malachi, we hear of two names: Zechariah and Elizabeth. Zechariah means, “the Lord remembers,” and Elizabeth means, “the Lord has sworn.” Both names, Zechariah and Elizabeth, are a token of the hope that we can always have, even in times when it seems like God is silent. He is there, faithful to His promises, remembering all of them as He has sworn. Both people were righteous in times when the Holy Spirit was not too active, and yet, obeying God’s word was their source of light in the darkness.

Unexpected Links in the Chain

Another demonstration of God’s Word piercing the darkness is conveyed in the lineage of Jesus. Who were some of His ancestors?

So, what do we gather from this?

Genesis 37 describes how Judah, along with his brothers, sold Joseph into slavery. In chapter 38, this namesake of the tribe Jesus would come from left home and married a Canaanite woman. His wife bore him three sons, and Judah arranged for his oldest son to marry a Canaanite woman named Tamar. But his first two sons were evil in the sight of the Lord and died. Judah convinced Tamar to remain in her father’s house until his youngest son was old enough to marry her, but Tamar came to believe that Judah was an ungodly man who would not keep his word.

So, she disguised herself as a prostitute and stationed herself along the route she knew Judah would be taking. Judah, unaware of who she was, hired her as a prostitute and left some of his possessions as a guarantee of payment. Sometime later, Judah became indignant when he was told that his daughter-in-law had become pregnant. He insisted that she be put to death for her immorality, until she produced his own seal, cord, and staff — items that were as good as fingerprints. Judah confessed that Tamar was more righteous than he.

Tamar bore twins to Judah. Her son Perez would be the one through whom the Messianic line would be continued, no thanks to Judah. Pretty interesting person, that Tamar. In spite of her sin, she is part of the Messiah’s royal family lineage. Let’s look at another woman listed in this genealogy.

Rahab is mentioned eight times in Scripture, and in six of these occurrences, her name is connected with the word “harlot” (KJV) or “prostitute” (NIV). This story wonderfully illustrates God’s grace. He is no respecter of persons. He accepts and forgives us not because of what we are, or might be, but based on whether or not we will put our trust in Him.

This also points to God’s sovereignty over the affairs of men and how He directs the steps of those who rest in His provision or are looking to know Him better. God knew Rahab’s faith and her longing to know God, and, perhaps, even to become a part of God’s people. So, God worked and brought Hebrew spies and Rahab together for their protection and her blessing.

Why was Rahab saved? Because she believed in the God of Israel. Hiding the Jewish spies was an outworking of her faith, just as many godly people hid Jews in European countries during World War II. Because she believed that the God of Israel was indeed “God in heaven above and earth beneath” (Joshua 2:11), Rahab is listed in Hebrews 11, the famous Hall of Faith chapter.

So far, we have found a woman that slept with her father-in-law and a prostitute. Top of the line, right? Let’s keep looking.

Ruth was a Moabite woman. The Moabites were the race that resulted from the union of Lot and his oldest daughter. The Moabites were forbidden from entering into the assembly of the Lord to the tenth generation (Deuteronomy 23:3). The Israelites were not commanded to annihilate them, and they were not forbidden to marry them.

Most of us are familiar with the story of Ruth. A famine in the land prompted Elimelech to leave Israel with his family and to sojourn temporarily in Moab. Elimelech and his sons soon died, leaving Naomi and her two widowed Moabite daughters-in-law. When Naomi decided to return to Israel, Orpah stayed behind but Ruth was determined to remain with Naomi no matter what.

When they arrived in Naomi’s hometown of Bethlehem, the people immediately recognized her and were excited that she had returned. Naomi was quick to tell them her woes, blaming her troubles on God, who seemed to have it out for her, or so she implied (Ruth 1:20-22). Ruth immediately set out to provide for Naomi’s needs. She began to glean in the nearby field of a man who “just happened” to be a near relative of Elimelech (Ruth 2:3). Boaz quickly noticed Ruth and was impressed by her kindness toward Naomi.

In time, Boaz and Ruth were married, and the child Ruth bore to Boaz was named Obed. Obed was the grandfather of David. Here we have a foreigner who somehow gets into the line of Jesus. So far, we have a conniving woman, a prostitute, and a foreigner. Let’s look at the last woman listed in this genealogy.

It was evening, and David was just getting out of bed. If we had any doubt about why he stayed home while his army was at war, it is all gone now. The king was not catching up on his paperwork. David was goofing off! “And from the roof he saw a woman bathing, and the woman was very beautiful in appearance” (2 Samuel 11:2).

If he had used his head, he would have gotten off of that rooftop patio pronto. But he lingered and let his eyes feast on Bathsheba’s fleshly charms until he could think of nothing but having her for himself. Bathsheba was not guiltless either. She may not have purposely enticed David, but she was immodest and indiscreet.

David found out who the beautiful bather was, sent for her, and the thought became the deed. The inevitable happened, and Bathsheba sent word to David that she was pregnant.

In an effort to cover over his sin, David sent for her husband, Uriah. This righteous man would not indulge in pleasure while his men were at war, so David gave orders that led to Uriah’s death. The king after God’s own heart added murder to his sin of adultery.

After a short period of mourning, Bathsheba entered David’s house and became his wife. The two lovers finally had each other to enjoy freely and uninterruptedly… except for one thing: “But the thing that David had done was evil in the sight of the Lord” (2 Samuel 11:27). It is interesting that in Matthew’s genealogy of Jesus, Bathsheba is still referred to as the woman “who had been the wife of Uriah” (Matthew 1:6).

What’s in a Name?

All of these names — Tamar, Rahab, Ruth, and Bathsheba — are important links in the genealogy of the Messiah. But there is a Name that is above all names. So, why did God declare that His Son be given the name, Jesus?

Most Israelis call Jesus “YESHU” — a name that became a curse. It’s the acronym of “May His name and memory be erased.” Satan has blinded so many from seeing their spiritual need and has caused them to do so many evil things in the name of Jesus that now, without having any understanding, Jesus has become a curse. But His given name — YESHUA — is a name that comes from the word “YESHUAH,” meaning, “Salvation.” He is our salvation. In Him, we are saved. JOSHUAH is “Jehovah will save,” but YESHUA is salvation.

The day Jesus was born, everything changed. Through a broken line of sinful individuals — men and women — the “Wonderful, Counselor, Mighty God, Everlasting Father, Prince of Peace” came to that which He created to provide eternal restoration.

“There is salvation in no one else; for there is no other name under heaven that has been given among men by which we must be saved” (Acts 4:12).

Because of Jesus — what He has done and what He will do in those who trust Him — we can be saved. It matters not what we were or have been. What matters is who Jesus Christ is, what He has done, and that He is faithful to all His promises. He stands ready today to pierce the darkness in your life.