Update on the Prophetic End of Damascus 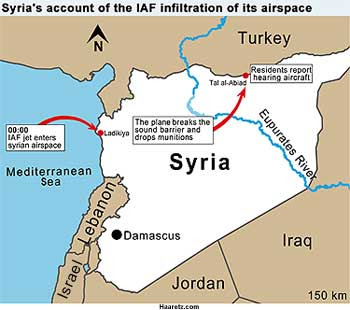 In August I posted an entry titled The Prophetic End of Damascus. The entry covers what Isaiah 17:1-14 and Jeremiah 49:23-27 state will be the future of the longest existing city in the world — Syria’s capital Damascus. The Bible states that Israel will destroy Damascus in a day, with such force that a nuclear weapon seems the only probably method.

With all that is going on in the news as of late, why would Israel target Damascus instead of say Iran’s capital Tehran? After all, Iran is the country hell-bent (literally) on building a nuclear weapon as fast as it can to “wipe Israel off the map.” Why would Damascus be targeted first?

An October 6, 2008, article from Joseph Farah’s G2 Bulletin reported on WorldNetDaily may have the answer. It would appear that while the world is focused on Iran building nuclear weapons, Syria is the country “acting as a covert channel for Iran’s program, and it may be getting help from North Korea and elements of Pakistan’s A.Q. Khan nuclear network.”

What this means to Israel, then, is that Syria is most likely the greater of the nuclear threats to its survival. With Iran and North Korea setting up their nuke shops in Syria, Damascus would have to be removed by Israel to eliminate their greatest potential threat.

According to the Bible, Damascus will indeed get a nuclear bomb, but it won’t be one that they have made or want.