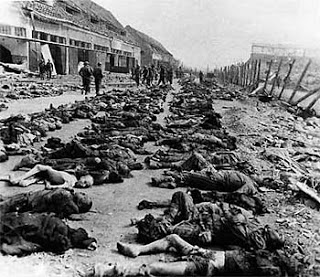 The President of Iran is convincing the Muslim world his lie that the Holocaust of the Jews in Germany during World War II never happened. British schools cower at the Muslim take-over of their country and so no longer teach about the Holocaust for fear of upsetting the Muslim population which claims it never occurred. The world is trying to forget. I want it to go on record saying that it did happen.

I also want to go on record and report (much to my sadness) that people will indeed forget the Holocaust and repeat the massacre once again. Zechariah 13:8 prophesies that two thirds of the Jews will die during the upcoming 7-year Tribulation when the whole world will come against Israel — today that would be 8.6 million of the 13 million Jews alive. And not just the Jews, Revelation 7:9-17 says that so many believers in Christ will also be slaughtered during that coming time that no person will be able to count the number.

And so, let us remember lest we too forget. Let us not forget the 20th Century’s annihilation of six million Jews, 20 million Russians, 10 million Christians and 1,900 Catholic priests who were murdered, massacred, raped, burned, starved and humiliated while people looking the other way!

Let’s be like General Dwight Eisenhower, Supreme Commander of the Allied Forces, who when finding the victims of the Nazi death camps, ordered all possible photographs to be taken. He even ordered the German people from surrounding villages to be ushered through the camps and even made to bury the dead. Eisenhower did this because he said in words to this effect: “Get it all on record now, get the films, get the witnesses, because somewhere down the track of history some b*****d will get up and say that this never happened.”

If pictures say a thousand words, then let us “read” some of the photos taken in Germany by James Emison Chanslor, an Army Master Sergeant who served in World War II from 1942 until 1945. They are graphic in nature. 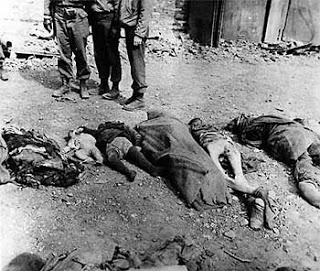 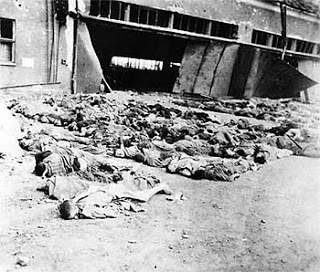 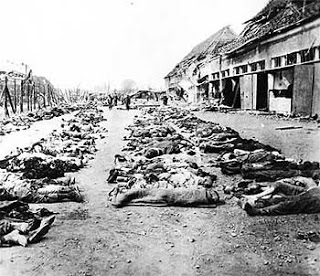 Now, more than ever, with Iran, among others, claiming the Holocaust to be “a myth,” it is imperative to try and remind as many as possible not to repeat the Holocaust before the world tragically forgets.