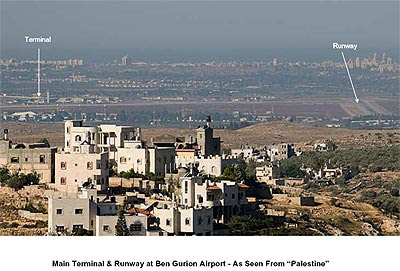 What would life be like if your government cut your county in two and gave half of it to a terrorist jihadist organization?

The result would be that any industry in that given half of the county would go to the terrorists — your farms, banks, airports, schools, military bases, munitions depots, and factories. Since a jihadist lives to annihilate all those who don’t accept Allah as their god, they will turn those resources that were once part of your county against you. No longer miles away, you would now live right next door to incursive attacks into your half of the county, rockets falling into your playgrounds and parks, and road bombs going off on your major highways. You’d live in a state of fear and dread as your family’s and neighbors’ bodies begin to stack up around your battered home.

A contact to the ministry recently sent some very enlightening information and pictures from his son-in-law, an officer in an elite IDF combat unit, of what it would be like for Israel to live in a 2-State “solution” with a formal Palestinian State. “Close proximity” doesn’t even begin to explain how disadvantaged Israel would be defensibly.

He writes: “Proponents of Israeli withdrawal from Judea and Samaria often cite the Demographic Imperative as the reason for their position.

There is however an equally grave and menacing and more immediate imperative that militates strongly against such withdrawal.

This is the Geographic Imperative — which needs to be addressed before any responsible Israeli government can contemplate relinquishing control of Judea and Samaria (the ‘West Bank’), from which all of the following will be in range of weapons being used today against Israel from territories relinquished to Palestinian rule (misrule?):

The photographs below, taken on a recent trip I made with my son-in-law — an officer in an elite IDF combat unit and an accomplished photographer — to areas designated for the Palestinian State envisioned in the ‘Peace Process,’ graphically illustrate the gravity of the Geographic Imperative and the potential perils involved in not addressing it.

They show quite vividly just how exposed and vulnerable vital strategic locations and major urban population centers would be, should Israel transfer control of the highlands east of the coastal plan to a Palestinian regime.

The selection of pictures, shot from sites close to the Palestinian villages Rantis and A-Luban (and the Jewish settlements of Beit Aryeh and Ofarim), illustrate dramatically the commanding view the Palestinians would have of: 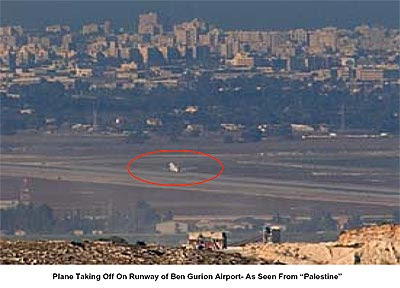 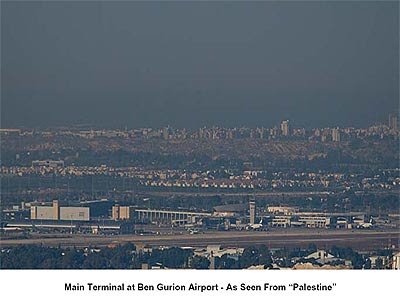 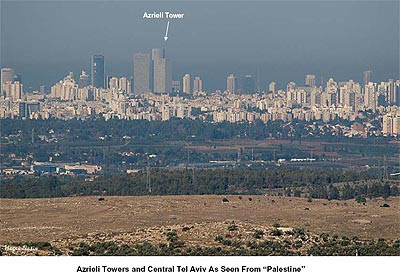 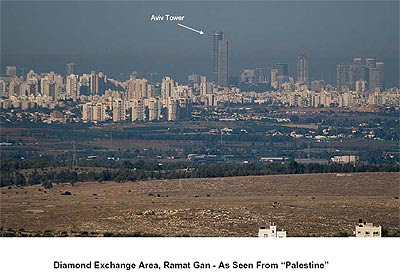 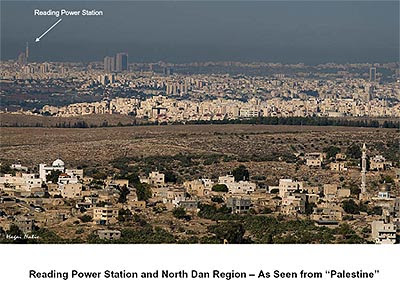 (All photos by Hagai Nativ with thanks to Col. (res) Yehoar Gal, who helped organize the trip and choose the locations.)”

Just as there’d be no doubt in your mind that giving up half your county to a war-bent extremist group who seeks your personal annihilation would be suicidal, so too would Israel be suicidal in doing the same thing in giving up half of its land. Should Israel make such a stupendously stupid decision in the hopes of some kind of peace with its hostile Islamic neighbors, then Israel will find itself in the very same predicament that Gaza should have already taught them to avoid — facing down the barrel of annihilation.

“This is what the LORD says: ‘Cries of fear are heard — terror, not peace. Ask and see: Can a man bear children? Then why do I see every strong man with his hands on his stomach like a woman in labor, every face turned deathly pale? How awful that day will be! None will be like it. It will be a time of trouble for Jacob, but he will be saved out of it.'” – Jeremiah 30:5-7 (NIV)