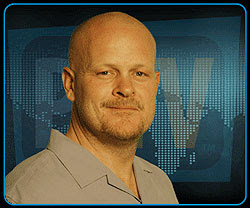 Anybody who either watched coverage of the news during the 2008 presidential election, or merely watched the political spoof-fest that was “Saturday Night Live” at the time, knows who Joe the Plumber is.

Samuel Wurzelbacher, dubbed “Joe the Plumber” by the McCain campaign, was just an average joe who was in the right place at the right time. Before the cameras in Ohio, Joe the Plumber was able to ask then Senator Obama how his tax plan would affect average joe’s like himself. Mr. Obama’s response being “share the wealth” with such simple clarity exposed the plan for the socialist agenda that it really was. Joe the Plumber immediately calling it “socialism” on national television voiced what so many average joe’s in the United States were thinking, terrifying the media with the knowledge that the average joe’s did indeed understand what they would be receiving as a bill of goods with a President Obama. The media reacted violently, attacking Mr. Wurzelbacher with every kind of allegation in an attempt to tear down his character, as if he was a Presidential candidate himself! With one simple question, Samuel Wurzelbacher exposed both the system in which Senator Obama was endorsing and how deeply biased the American media had sunk.

Joe the Plumber isn’t finished with his 15 minutes of fame, though. He has now become a member of the media himself, leaving plumbing far behind to become a news war correspondent as an “expert on media bias” for the conservative PJTV news website. Wurzelbacher now is traveling around Israel reporting from the towns that have for years been hit by Hamas rocket fire.

While traveling, Israeli news asked Joe the Plumber if a President Obama would help Israel. He replied, “President Obama has already said what he’d do here in Israel. He said if his daughters were living here he would take whatever means necessary to protect his daughters. I hope he carries through with it. That’s going to be up to him.”

Wurzelbacher publicly voiced his support for Israel’s conflict with Gaza’s Hamas, and he has now called on U.S. President-elect Barack Obama to help Israel in its campaign to remove the constant threat of terror by Hamas’ rockets. By reminding President-elect Obama of his own words so that he’ll follow through and help Israel as stated, or by being an advocate of Israel in action as well as in words, Joe the Plumber is a great example to each one of us average joe’s that we do not have to be statesmen to stand up for what is right.

“I have posted watchmen on your walls, O Jerusalem; they will never be silent day or night.” – Isaiah 62:6a

Watch a live news report of Joe the Plumber reporting from Israel!