Welcome from Tel Aviv, Israel! It’s been a long journey half-way across the globe, but well worth the trip.

Today I write from 8 hours into the future (from Central time) to report on Lamb & Lion Ministries’ 2009 Holy Land Tour. So, while it’s late in the evening in Israel, in the U.S.A. it is only early afternoon. Praise the Lord jetlag only seems to work going back (don’t ask me why). The loooong plane ride across the Atlantic, EU and Mediterranean Sea leave one lost in time, so arriving to eat dinner during lunch doesn’t strike one as such a strange thing. 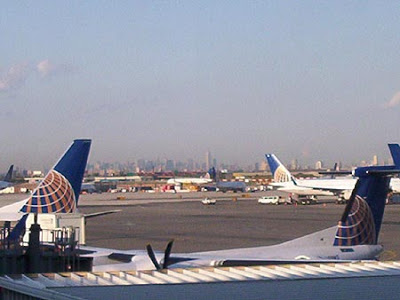 We saw the Empire State Building and Statue of Liberty from the air while landing near New York, New York. 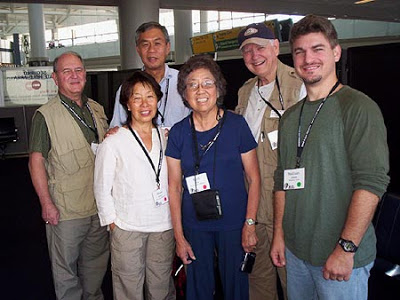 Don McGee, Dr. Reagan, Nathan Jones & the Kwan’s from California. The six hour layover was a great time for getting to know the groups who were arriving from all parts of the country. 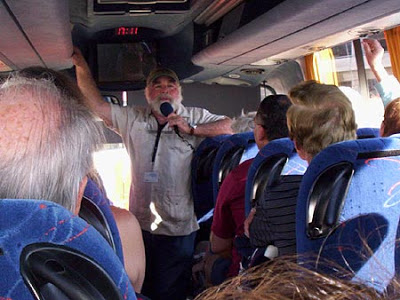 We were greeted by Shai-Shalom Matter, the Green Bus tour guide, at Ben Gurion International Airport. Shai’s been serving as tour guide for these trips for almost 15 years. He’s a Miami native who made aliya to Israel some 30 years ago. 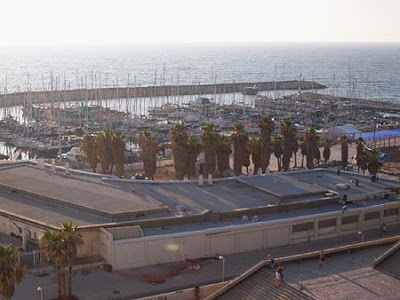 View of the Mediterranean from the Sheraton Moriah in Tel Aviv. The beach is lined with cafes and little restaurants for the young beach scene. 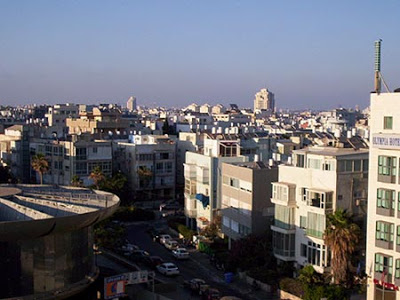 View of the Tel Aviv skyline from the hotel. Tel Aviv is known for where Israelis go to play. Haifa is to stay, and Jerusalem is to pray. 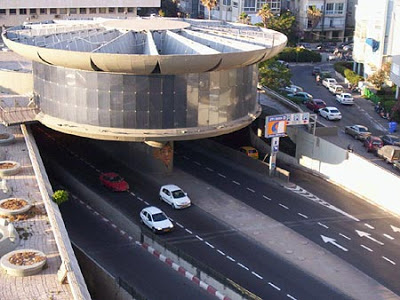 Praise the Lord for safe travels to Israel and the good health of all those who have made the long journey! I’ll be continuing to report in over the entire trip, so stay tuned for Day 3.