Israel Tour: Day 6 to the Ruins

Welcome from the capital of Israel and future capital of Jesus Christ’s Millennial reign – Jerusalem! Our rooms have a good view of the city lights layed out before our eyes. Some big celebration is going on in Jerusalem with all the fireworks… which, I hope, that is what they are. No, seriously, it has something to do with books.

We left the beautiful seaport of Tiberius and spent our day heading south to Jerusalem. The keyword for this day is “ruins.” With almost 5,000 years of history, there are plenty of ruins to be seen. 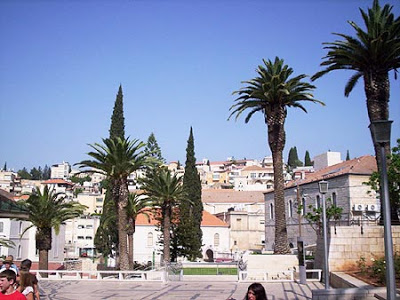 Our first stop was Nazareth, Jesus’ boyhood town. Only 200 people lived there in Jesus’ time, but now it is a sprawling community filled with bustling life. It is also the home of our Christian Arab driver, Hani. 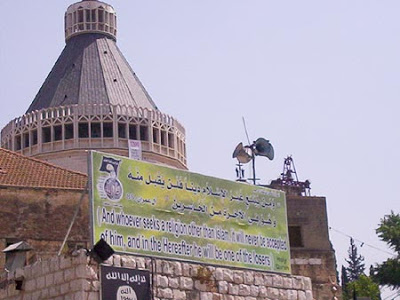 “And anyone who seeks a religion other than Islam it will never be accepted of him, and in the Hereafter he will be one of the losers. The Koran.” And Christians think we’re the only ones who know how to do billboard evangelism! 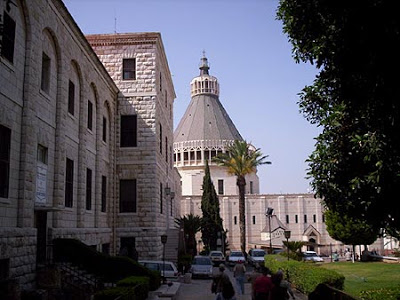 This is the modern Church of the Annunciation, the traditional Catholic location where the angel told Mary she would give birth to the Messiah (Lk. 1). Built over an older church, the new one is an architectural marvel. It is also the greatest bastion of Mary worship I’ve ever seen, filled with huge paintings of Mary donated by diocese from all over the world. 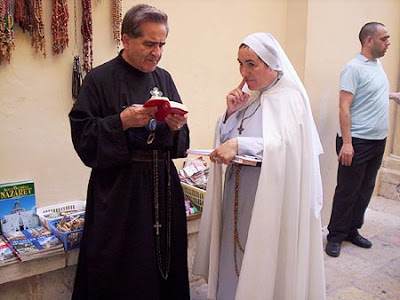 A priest and nun are checking the Bible to see if it is a requirement that Arab vendors must hock their junk in front of every religious site. 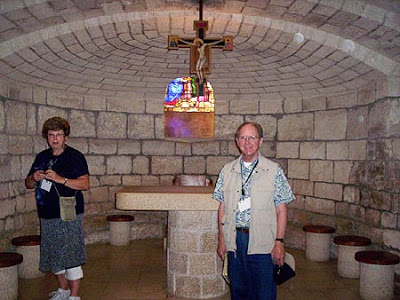 L&L trustee Jerry Lauer stands at the supposed site of Joseph’s workshop under the Church of St. Joseph. 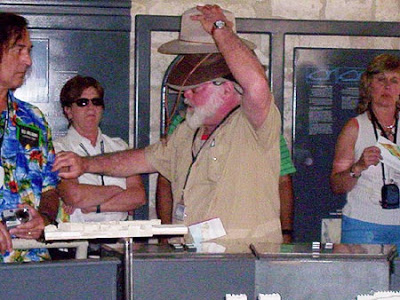 Tour guide Shai explains with hats what a tel is. In the West we bulldoze and clear a site before building the next one in the same place. In the Middle East, they build a new city right on top of the rubble of the old city, producing a man-made hill. 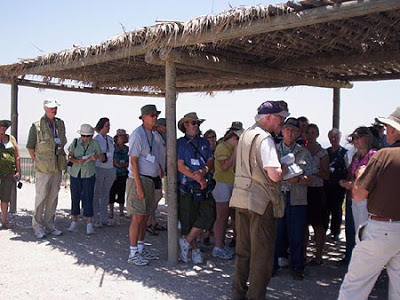 Dr. Reagan preaches about the Lord’s return from atop the Megiddo Tel by the Yizrael Valley/Armageddon (Jdgs. 1:27). 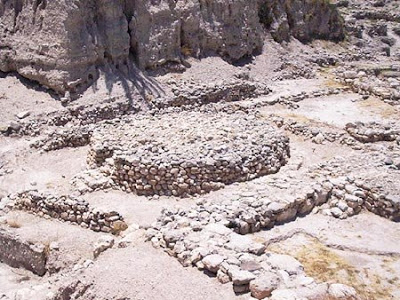 Megiddo is an ancient tel, built on by many succeeding empires. This is a Canaanite altar where the bones of animals and children were found in the rubble (Ezra 9:1). 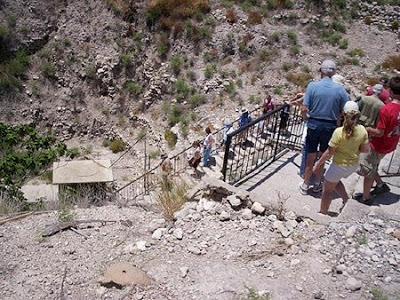 Megiddo under King Ahab made a pit and tunnel to direct the water into the city so it had a sure water supply during a siege. We didn’t get wet. 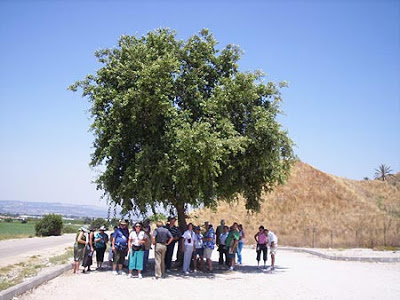 Like cows from West Texas we congregated where we could find shade. 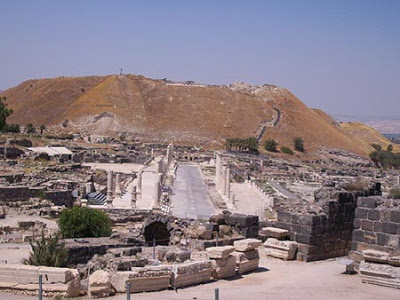 The Canaanites of Bet She’an (Beth Shan) took King Saul’s body and hung it from their city walls (1 Sam. 31:12). The city is now under a tel, and the Roman ruins of the Decapolis city of Scythopolis now are exposed at the base. 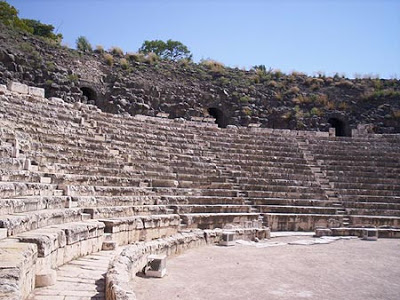 The theater was the first part to be excavated from the ruins in the 1950s. 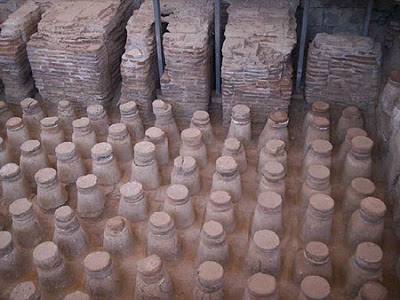 The little pedestals once held a floor up over a fire exhaust to heat the room for the Roman bath house. 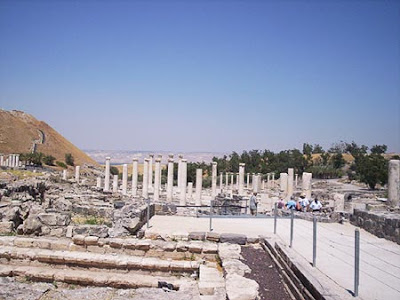 Ancient columns, the trademark of Greek and Roman architecture, fell like dominoes when a big earthquake hit the city in 749 A.D. and it was abandoned. It was far from a moral town, boasting service to the god of wine Dionysos, legal prostitution, questionable bath houses, and brutal slayings in the theater. 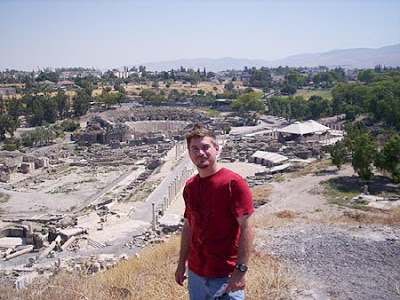 Only the young or young at heart made it to the top of Bet She’an. Guess I’m somewhere in the middle of those two. 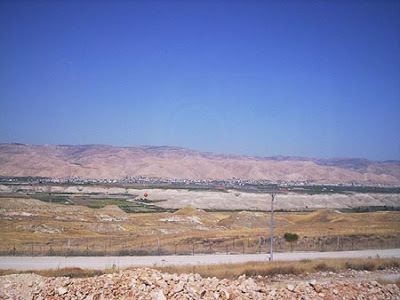 The ride to Jerusalem was along the fenceline of the Jordan River, revealing the Kingdom of Jordan on the other side. Palestinian and Jewish farms run side by side on the debated West Bank. Using the same opportunities and raw materials, we witnessed the Jewish farms thrive and the Palestinian farms slump in disarray. Draw your own conclusions as to what would happen to the land for whomever gets the deed to the West Bank.

Tomorrow for Day 7 we head into the Old City of Jerusalem to explore its ancient past and learn about its prophetic future.