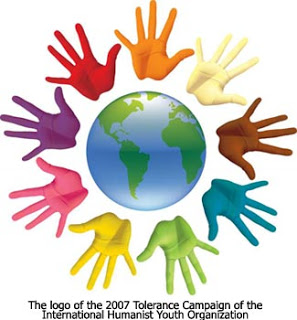 The religious impact of the “New Tolerance” has profound prophetic implications. I see it as paving the way for the one world religion of the Antichrist.

In fact, steps have been taken to establish a one world religion based on the “New Tolerance.” Over 200 delegates from religious groups all over the world gathered at Stanford University to begin drafting a charter for an international interfaith institution to be called The Organization of United Religions.

The meeting was convened and presided over by Reverend William Swing, the Episcopal Bishop of San Francisco. Since 1993 he has been traveling worldwide to set up a network of religious leaders interested in a one world religious organization. The Bishop told the San Francisco Chronicle: “I’ve spent a lot of time praying with Brahmins, meditating with Hindus, and chanting with Buddhists. I feel I’ve been enormously enriched inwardly by exposure to these folks. I’ve gone back and read our own scriptures, and it’s amazing how they begin to read differently when you’re exposed to more truth from more people in other parts of the world.” This statement is the epitome of the “New Tolerance.” (Incidentally, I would like to know what “new truth” he found outside the Bible!)

A month later many of the same people gathered in Melbourne, Australia for a conference on religion and cultural diversity. The Archbishop of Canterbury (the leader of the Church of England) was present, and the Pope sent one of his highest ranking cardinals.

At the opening banquet, the lights were dimmed and people were told to focus on the candle on their table while the following prayer was offered:

“Let us focus on the candle, the small quivering fire, the light in the darkness, the call to evening prayer, the call to thanksgiving… for our togetherness, for our unity as sons and daughters of the earth in this vast and ancient land, this sacred soil of the Dreamtime.

In the presence of the Ineffable Other, the Holy Being of Infinity, the Numinous Beyond, the One and the Ultimate, the Alpha and the Omega, the Unknown and the Unknowable, Lord of the Cosmos, Center of Creation… we pray to you…”

Can you imagine any Christian leader praying such clap-trap? Since when, from a Christian viewpoint, has our Creator God become “unknown and unknowable”? Only a professing Christian captivated and deceived by the “New Tolerance” could pray such a blasphemous prayer.

Understandably, the conference concluded that the one cardinal sin is absolutism. Belief that one’s religion contains absolute truth was decried as pride.

And the most popular workshop was on “Religious Fundamentalism.” The featured speaker was an ordained Christian minister who, until recently, was the fulltime chaplain at the University of Melbourne. He denounced Christians who believe in the Bible and embrace creationism as “mean-spirited.” He also called them “authoritarian and dictatorial,” “violent,” “aggressive,” “pathological,” and “dangerous.” He characterized them as people who are incapable of independent thinking and who “brandish their floppy Bibles like weapons.”

Talk about paving the way for the Antichrist! I can hear him speaking now: “It makes no difference what you call your god. He can be Yahweh or Baal or Allah or Krishna or Mother Earth or Self. Just give me your allegiance as your god’s Messiah, and I will guarantee your freedom to worship as you please.”

The Time is Short

Jesus is coming soon! He is coming to rule with “a rod of iron” (Psalm 2:9 and Revelation 2:27). There will be no tolerance of evil, and the result will be that the world will be flooded with peace, righteousness, and justice as the waters cover the seas.

As we await His return, we are not to give in to the “New Tolerance.” We are to be loving, but not indifferent. We are called to be the salt and light of the world (Matthew 5:13-14). That means we are to stand up and speak out in behalf of righteousness.

As these Scriptures clearly teach, we must boldly tell the world that there is a God who hates sin and who hates it so much that He sent His only Son to die for our sins so that we might be reconciled to our Creator.