The Shack – Is It Christian? 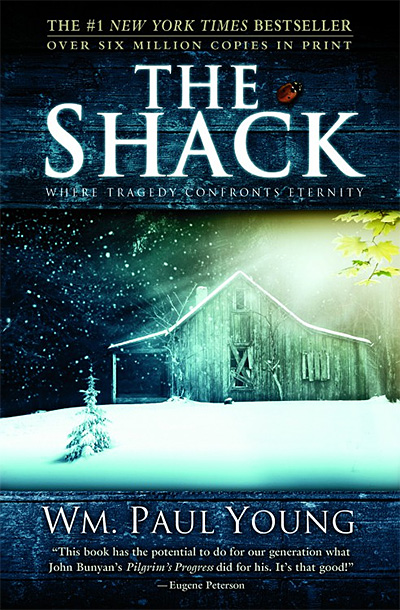 Within a year after its May 2007 publication date, The Shack sold a whopping 1.1 million copies and has dominated The New York Times, Publishers Weekly and USA Today’s bestsellers list. A feature film is even in the works. The popular book can be found in most Christian’s bookshelves, Bible studies, and even Sunday morning services. But, is the message of the book Christian?

For an answer to that question, we’ll go to Eric Barger, the founder and director of Take a Stand! Ministries. Eric is an authority on the cults, the New Age, and rock music today. From his past as a former drug addict and rock n’ roll musician who was deeply involved in the New Age movement, Eric has emerged since he gave his life to Jesus Christ to become one of today’s greatest defenders of Christianity in America.

What is your attitude about the book The Shack?

In an era when Christians will defend to the teeth the Harry Potter books, they will see nothing wrong with The Shack.

It sounds like I am really down on the Church, but I am for the Church. My ministry is to the local church. I go out and speak in the local churches 40 or more times a year, 40 weeks a year. And so, I want to see the church changed and turned around so we will all understand Biblical thinking and get a Biblical worldview in their hearts.

The next thing we see, and there are many things but I will just bring out a couple, Jesus is said to be the best way to know Papa, not THE way to know Papa. Very subtle language there. That leaves the door open for Universalism to be the truth that Young is trying to bring out.

The third thing is that the author crafts God into the image of a man. It says in Romans 1:21-23 that is forbidden for us to do, to craft God into the image of a man. I know that it is a novel and I realize you can take liberties in a novel that you can’t in some other type of book, but in this case Young is playing with something that the Scriptures speak so clearly about.

If you have fallen for the teachings in The Shack and are now not positive that you know the Jesus of the Bible as Lord and Savior, you need to pray a simple prayer and ask Him to come into your heart and then turn from your sin and walk toward Him and follow Him and seek Him. It is one thing to pray a simple prayer, but it is another thing to then turn from your sin and walk after Him. I know when I read in the Scripture that Paul said he was the worst of sinners. I wondered if God know who I was, because I know what I was. And yet, God forgave me of my sins and cleansed me and delivered me. He can change any life, any person. He loves us. He wants the best for us. He is just there for you if you’ll call out to Him and trust in the name of Jesus.