Jesus the Lamb and Lion: The Conquering Lion 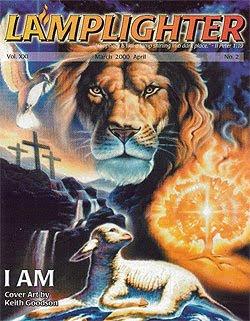 The image of the conquering lion was used by the Hebrew prophets to symbolize what we refer to as the Second Coming of the Messiah. The Messiah was pictured as a roaring lion who would come to pour out the wrath of God upon those who have rejected the grace, mercy, and love of God.

I want to give you some examples of this. The Old Testament’s full of them.

This example from Jeremiah 25:30 I love, “The Lord will roar from on high and utter His voice from His holy habitation. He will roar mightily against His foe. He will shout like those who tread the grapes against all the inhabitants of the earth.”

Consider this passage from the minor prophet Hosea in chapter 11 beginning with verse 10. “The Lord will roar like a lion indeed He will roar, and His sons, the Jewish people, will come trembling from the west. They will come trembling like birds from Egypt and like doves from the land of Assyria and I will settle them in their houses.”

Also consider this one from Joel chapter three where Joel speaks of the battle of Armageddon. He says, “Multitudes, multitudes, in the valley of decision. For the Day of the Lord is near in the valley of decision. The sun and the moon grow dark and the stars lose their brightness and the Lord roars from Zion and utters his voice from Jerusalem and the Heavens tremble but the Lord is a refuge for His people and He is a stronghold to the sons of Israel.” Wow!

In the last installment of “Jesus the Lamb and Lion,” we will look at the role of Jesus Christ as the Lamb and the Lion in upcoming prophetic events.