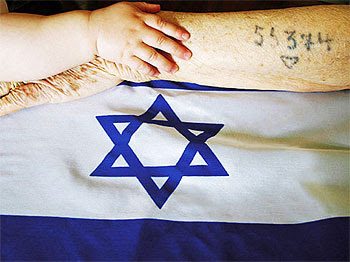 Ezekiel 39:9-20 unearths the gory funeral purification ritual needed to cleanse the land from almost a billion dead invaders’ bodies. It will be up to this point the biggest cleanup job in all of human history.

While the cleanup process is under way, a new process will be in the making. The largest national reawakening to the God of Abraham, Isaac and Jacob since King Josiah commences (2 Kings 23:25). Ezekiel 39:21-29 describes this beautiful reuniting of God with his wayward Israel.

“21I will display my glory among the nations, and all the nations will see the punishment I inflict and the hand I lay upon them. 22From that day forward the house of Israel will know that I am the LORD their God. 23And the nations will know that the people of Israel went into exile for their sin, because they were unfaithful to me. So I hid my face from them and handed them over to their enemies, and they all fell by the sword. 24I dealt with them according to their uncleanness and their offenses, and I hid my face from them.”

“25Therefore this is what the Sovereign LORD says: I will now bring Jacob back from captivity and will have compassion on all the people of Israel, and I will be zealous for my holy name. 26They will forget their shame and all the unfaithfulness they showed toward me when they lived in safety in their land with no one to make them afraid. 27When I have brought them back from the nations and have gathered them from the countries of their enemies, I will show myself holy through them in the sight of many nations. 28Then they will know that I am the LORD their God, for though I sent them into exile among the nations, I will gather them to their own land, not leaving any behind. 29I will no longer hide my face from them, for I will pour out my Spirit on the house of Israel, declares the Sovereign LORD.”

The prophetic regathering of the Jews back to Israel that we see this very day will finally be completed because of God’s miraculous victory over the Gog-Magog armies. Every Jew in the Diaspora after having been exiled since the fall of the Northern 10 tribes some 2,700 years ago will be compelled (whether willingly or by force) to immigrate to Israel, for as the Sovereign LORD says in verse 28, “not leaving any behind.”

Today Israel lives primarily under secular humanist belief, though there is a small minority who are of the orthodox group. After witnessing the supernatural victory of God in the Gog-Magog Battle and having been saved from certain annihilation, the Jews as a people will again truly believe in Jehovah God and will worship Him again as one entity. They will worship God (though not yet His Son) in their newly built Third Temple, which the lack of pressure from the now dead invaders and with their newfound faith should bring about.

The Gentile world as well will have no choice but to admit that God exists, for that, too, is the outcome of God’s victory. What the peoples of the world do with that newfound realization is a different matter altogether, for some will acknowledge God but not turn to Him.

God’s return and reunification with His lost branch of children will reshape the world spiritually. It will usher in a new day of personal accountability for all of mankind. And, it will set the stage fully for what comes next.To God be the glory!

The million dollar question is — “When will this battle happen?” Will this happen in our lifetime? Are Christians going to see this battle? In the next part of this “Impending Invasion of Israel” series we’ll analyze the clues given in the text to discern as to just when this incredible transformation of the world will take place.