Olivet Discourse: Application to the Church 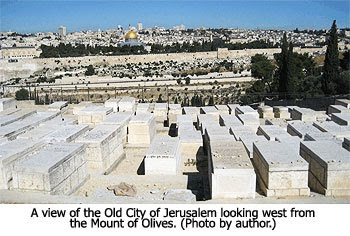 Does the Olivet Discourse have any application to the Church?

This may seem to be a strange question, but it is a source of constant argument because some contend that the passage is relevant only to the Jews. They take this position because Jesus addressed His remarks to His Jewish disciples and because the Gospel of Matthew was written for a Jewish audience. Also, in the midst of the discourse, Jesus says that they should pray that the desecration of the Temple does not occur on a Sabbath, because when it occurs, they will need to flee the city, which they could not do on a Sabbath day.

It certainly is true that when Jesus delivered the discourse He was speaking to His Jewish disciples and not to the Church. The Church, in fact, had not yet been established. That would not occur until the Day of Pentecost, some 50 days after Jesus’ death, burial, and resurrection.

But this certainly does not mean that the discourse has no relevance to the Church. Jesus knew the Church would be established. And He knew that Christians would look to His words for insights and guidance.

The fact of the matter is that all of God’s Word is relevant to the Church either directly or indirectly. Even those sections of the Mosaic Law that were specifically given to Israel — like the sacrificial and ceremonial laws — contain spiritual insights that apply to the Church. Take, for example, the biblical principle that there is no forgiveness of sins apart from the shedding of blood (Leviticus 17:11).

Or, consider the Old Testament passage in 1 Samuel 15:22 that says that obedience to the Lord is better than burnt offerings and sacrifices. The sacrificial system is not a part of Christianity today, but the spiritual principle contained in the verse is still relevant — namely, that ritual practices of the Christian faith like baptism and communion are not more important than being obedient to God in our daily lives.

For those who claim that Matthew 24 applies only to Jews, what are they going to do with Mark 13 and Luke 21 where the Olivet Discourse is also recorded? These were Gospels written to the Gentiles. Also, the Olivet Discourse was probably delivered only a few days before Jesus spoke the words of John 14 to His disciples. Those who deny that Matthew 24 has any relevance to the Church are the same persons who believe that the promise of the Rapture in John 14:1-4 was meant for the Church. Both speeches were delivered by Jesus to Jewish audiences, and both were delivered before the Church was established.

As for Matthew being a book directed primarily at Jews, that is true, but it is also the only one of the four Gospels that specifically mentions the Church, and it does that in two passages (Matthew 16:18 and Matthew 18:17). Furthermore, the book closes with the “Great Commission” which is considered to be the “marching orders” for the Church (Matthew 28:19-20).

Do the signs of the times contained in the Olivet Discourse apply to our day and time, or do they apply only to the Tribulation? Find out as we continue with the next segment in this “Olivet Discourse” series!