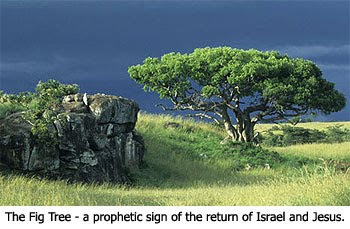 What did Jesus mean when He said that the generation that sees the blossoming of the fig tree will witness His return? What generation was He talking about? And how long is a generation?

I believe that Jesus meant exactly what He said — that the generation that sees the re-establishment of the nation of Israel is the one that will witness the Lord’s return. This is the most important reason I believe that we are the terminal generation.

People frequently ask me how long is a generation? The answer is that it depends upon context. In Genesis 15:13-16 a generation is defined as 100 years. In Psalm 90:10 it is 70 years. A generation based on the genealogy presented in the first chapter of Matthew calculates to be about 50 years. Job 42:16 says Job lived 140 years and saw four generations during his lifetime, which would make a generation 35 years. The Bible frequently refers to a generation as being 40 years (Numbers 32:13; Psalm 95:10; and Hebrews 3:8-10). Some passages seem to indicate that a generation was viewed as starting at age 20 (Exodus 30:14; Numbers 1:3; and Numbers 14:29). If that were so, and you add 40 years, then a generation would have been from 20 to 60 years of age.

I believe the term is used generically in Matthew 24:34. All it is saying is that the people living at the time the nation of Israel is re-established will be the ones who will witness the return of the Lord. It could be a person who was a small child at that time and who will be 80 years old when the Lord returns. No time period is meant or implied.

Can the Rapture be found in the Olivet Discourse? Or, does Jesus speak exclusively about His Second Coming? Find out as we continue with the last segment in this “Olivet Discourse” series!