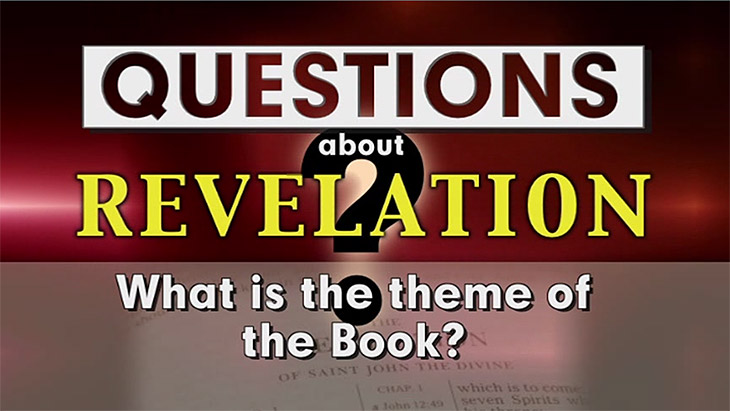 Mark Hitchcock, Faith Bible Church
The difficulty that Preterism has is when they try to go through the book of Revelation and consistently take what it says in a literal way. If you use a consistent, literal interpretation they can’t fit the events in the book of Revelation into the events around 70 AD. They try to fit it all in the Roman war, the Jewish War, and the events of 70 AD concerning the destruction of Jerusalem. But what they do is they find some things that you could fit with a stretch, but then when they come to places that don’t fit they say, “Well, that’s just symbolic.” So, they’re not consistent. And a friend of mine used to say, “If you keep changing the rules in the middle of the game then you know anybody could win that way.” And, that’s what they do.

Al Gist, Maranatha Evangelistic Ministries
I would say that Preterism is probably the most ridiculous interpretation of Bible Scripture ever devised by man. The idea that the book of Revelation was fulfilled in the destruction of Jerusalem in 70 AD is utterly ridiculous. I mean, where in 70 AD do we find the great Two Witnesses? Where do we find the 144,000 special servants of God? Was there a great earthquake, the mother of all earthquakes, at that time? Were there 100 pound hailstones falling from the sky? And above everything else, did Jesus come at that time?

The only way a Preterist can answer any of those questions and many more like them is to just spiritualize the Scriptures. They simple say that even though the Bible says it clearly this way, it doesn’t mean it that way, it means something different. Of course, if you do that you can make the Bible say anything in the world.

So, Preterism in my mind is just is way off the mark. It doesn’t even come close to truly understanding end time events.

Daymond Duck, Prophecy Plus Ministries
Preterism is nonsense. I just want to cut right to the chase — its nonsense. Preterists spiritualize the Scriptures. They allegorize them. They have the Bible saying things that it does not say. I think because they do this kind of thing they do a lot of harm. They cause a lot of misunderstanding and a lot of damage in the Church.

Don Perkins, According to Prophecy Ministries
My response is that the Preterist view is wrong for a number of reasons. I believe that there are many events in the book of Revelation that have not been fulfilled. We just haven’t seen them completed after 70 AD. Case in point is the Mark of the Beast. Chapter 20 of Revelation gives us the literal reign of the Messiah. No where in history do you see Christ reigning on the throne of David as the Messiah. So, there are a number of events that the book of Revelation talks about that just haven’t happened. We have the 21 judgments of the Great Tribulation. No where do we see that in world history to make the book of Revelation complete. No, I believe the Preterist view in incorrect.

August Rosado, Today in Bible Prophecy Ministries
I disagree strongly with the Preterist interpretation. Many of the Early Church Fathers believed that the book of Revelation was written between 90 and 96 AD. For instance, Irenaeus who was a disciple of Polycarp was directly discipled by the Apostle John, and he said that John authored the book of Revelation at the end of Domitian’s reign. Domitian reigned roughly between 81-96 AD, so here we have an early source that confirms that John wrote the book during 81 to 96 AD. I would rather believe an earlier source rather than an 18th Century source, in this case Luis del Alcázar. That’s the main reason why I strongly disagree with the Preterist’s viewpoint. The Early Church Fathers believed that John wrote that book between 90 and 96 AD. With that case the Preterist’s view goes out the window.

Gary Fisher, Lion of Judah Ministries
First of all, if Revelation is history then where is Jesus at the Mount of Olives in Revelation 19? There is no account of Jesus ever coming back to this earth as of yet. Praise the Lord He is coming as King of Kings and Lord of Lords! But, He hasn’t been here yet. To insist that this is history is nothing but an insult to the glory that will appear when He shows up on the Mount of Olives, and that never has happened.

Second of all, in Revelation 6 carnage is described in the first eight verses. I believe 25% of the world’s population will die. That has never occurred in history. The problem emerges and the question comes: “Do we take this book literally?” Is the Second Coming of Christ even allegorical? Is Revelation 6 allegorical? This 25% of the population dying, is that just an allegorical statement that some people die? We get into so much trouble allegorizing the Scripture. If we take it literally, then none of it has ever been fulfilled in history.

There is also a third issue concerning the question of the date Revelation was written. We have the writings of the Early Church Father’s that give credence to the fact that it was written at a later date, say 95 AD, Irenaeus wrote something about Domitian being in place when John wrote. There couldn’t be an early date of 70 AD then, so Revelation had to have been written at a later date.

In the next part of this series on reading and understanding Revelation, the remaining members of our panel of Bible prophecy experts will continue to answer the fourth question, “Is the book of Revelation history or prophecy?”