The Feasts of Israel: Spring and Fall

When are the Feasts of Israel held and what are they all about?

Nathan Jones: Michael, can you give us an overview of the Feasts of Israel? What are they about? When do they occur? 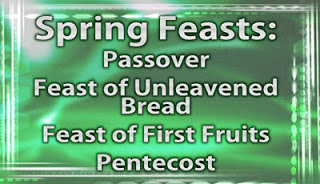 Michael Norten: Yes, the happen very close together, except that for when there is 50 days after the Feast of First Fruits to the last of the Spring Feasts — Pentecost.

Dr. Reagan: That would put Pentecost in what, May or June?

Michael Norten: Pentecost almost makes it into the Summer.

The Fall Feasts occur much later, and there lies the longest period of time between the Feasts. That time period has significance, too. 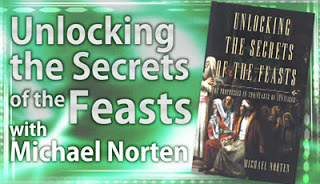 For the three Fall Feasts, we have the Feasts of Trumpets which is also called Rosh Hashanah. It’s held in the later part of September. Then we have Yom Kippur, also called the Day of Atonement. Five days later the Feast of Tabernacles is celebrated.

Nathan Jones: In what book of the Bible were these Feasts established?

Nathan Jones: These Feasts are all tied to the agricultural system and seasons, too, right?

Michael Norten: Yes. The Feasts also tied to momentous events in Jewish history. The First Feast — the Passover — was to remind the Jews of how God got delivered them out of slavery from Egypt. The Second Feast — the Feast of Unleavened Bread — exists to remind them of the swiftness of leaving Egypt.

Dr. Reagan: How does it remind them of the swiftness?

Michael Norten: The Jews didn’t have time for leavening the bread, which means adding yeast so that it rises. They had to travel with flat, unleavened bread and get out of Egypt quickly. Unleavened bread has so much more significance to the Jews and to us now, which I hope we’ll get into later.

The Fourth Feast — the Feast of Pentecost — is the wheat harvest. Remember that these Feasts were not observed until the Jews finally made it into the Promised Land, of course.

Nathan Jones: The Jews had to wait 40 years from when they left Egypt before they got to the Promised Land and could begin celebrating the Feasts?

Dr. Reagan: How did the Fourth Feast get the name Pentecost?

Michael Norten: Pentecost comes because there is 50 days between from the Feast of First Fruits to that feast. It comes from the Greek word pente. Pentecost has to do with the celebration of Jubilee and the Sabbaths, which we’ll see is very significant prophetically.

Dr. Reagan: Something like a five month period exists between the Spring and the Fall Feasts?

Dr. Reagan: How do the Fall Feasts relate either to the agricultural cycle or to history?

Michael Norten: It’s interesting that the number five, like in five months, in the Jewish system is always symbolic of God’s grace. 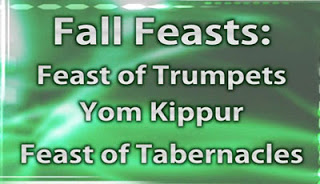 Concerning the Fall Feasts, the Fifth Feast — the Feast of Trumpets — is in actuality the Jewish New Year. They celebrate their New Year then.

The Sixth Feast — the Day of Atonement — is when the Jews would be forgiven, having their sins covered for another year.

The significance of the harvest part is tied to the Seventh Feast — the Feast of Tabernacles. The Feast reminds the Jews how God took care of them in the wilderness. It was also a time of celebration when all the harvests were finished, including the fruit harvest in the Fall. Their vats were full and the barns were full and they would celebrate God’s provision.

Dr. Reagan: Yes, the Feast of Tabernacles is a wonderful celebration time in Israel. It’s a time when everybody takes off for a week. It’s kind of like our Thanksgiving here in the United States, except theirs is a week long. Israelis will go to the beach, or they go to Galilee, and they take off from work.

Nathan Jones: Michael, do you think God tied these Feasts to the harvests to remind His people to celebrate them?

Michael Norten: Oh, yes, because it all has to do with God’s provision.

In the third segment of our interview with Michael Norten concerning the Feasts of Israel, Michael will provide some fascinating parallels between the practices of the Feasts and what they symbolize concerning Jesus’ First Coming.