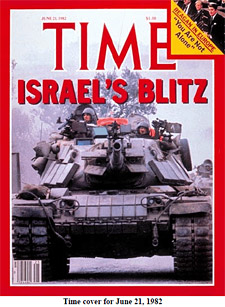 Israel is the focus of end time Bible prophecy. That’s the reason that the re-establishment of the nation on May 14, 1948 is so important. That event signaled the fact that we are now living in the end of the end times.

During the 20th Century, we were privileged to witness God beginning to fulfill in whole or in part seven prophecies regarding the Jewish people:

1) The regathering of the Jews from the four corners of the earth (Isaiah 11:10-12). This was prompted by Theodor Herzl’s book, The Jewish State, which was published in 1896. There were 40,000 Jews in Palestine in 1900. Today, there are slightly more than 6 million in the land of Israel.

2) The re-establishment of the state of Israel (Ezekiel 37:21-22). This prophecy was fulfilled on May 14, 1948 when the Israeli declaration of independence was proclaimed in Tel Aviv.

3) The reclamation of the land (Ezekiel 36:34-35). When the Jews started returning to the land in the early 20th Century, it was a malaria-infested swampland that had been denuded of all its forests. Today, it is the bread basket of the Middle East, and the forests have been replanted.

4) The revival of the Hebrew language (Zephaniah 3:9 and Jeremiah 31:23). When the Jews were scattered worldwide, they stopped speaking Hebrew. But in the 19th Century, God raised up a man in Lithuania named Eliezer Ben-Yehuda who devoted his life to resurrecting the language from the dead. In 1922, the British declared biblical Hebrew to be one of the three official languages of Palestine, together with English and Arabic. Ben-Yehuda died one month later.

6) The resurgence of the Israeli military (Zechariah 12:6). Despite the fact that Israel is one of the smallest nations in the world, its military is regularly ranked among the top ten to fifteen in the world.

7) The re-focusing of world politics on the nation of Israel and its city of Jerusalem (Zechariah 12:2-3). Today the whole world is focused on trying to force Israel to surrender all or part of Jerusalem.

Let’s take an in-depth look at how one of these prophecies was fulfilled in the 20th Century and continues to be fulfilled to this day — the resurgence of the Israeli military.

In the second segment of this series on the resurgence of the Israeli military as a sign of the end times, we will look at the evidence of the fulfillment of this prophecy through Israel’s War of Independence.