The Regathering of the Jewish People: Opposition 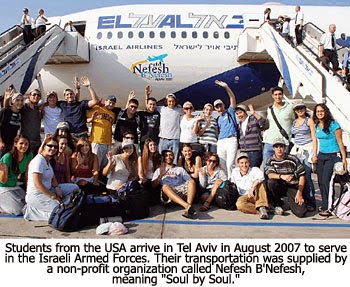 One of the greatest examples of God’s continuing love for the Jewish people can be found in the most important prophetic development of this age — the regathering of the Jewish people back into the land of Israel per Jeremiah 16:14-15; Isaiah 11:11-12 and Ezekiel 37. Their return, though, didn’t come without opposition.

After World War II, The British, who controlled Palestine, decided to stop Jewish immigration by sending ships loaded with Jewish refugees back to their ports of embarkation in Europe. The first ship to which this policy was applied was the Exodus 1947.

The ship sailed from a port in France on July 11, 1947, with 4,515 immigrants, including 655 children, on board. On July 18, near the coast of Palestine a British destroyer rammed the ship and boarded it, while the immigrants put up a desperate defense. Two immigrants and a crewman were killed in the battle, and 30 were wounded. The ship was towed to Haifa, where the immigrants were loaded onto deportation ships bound for France. The French government refused to force them off the boat. Eventually, the British decided to return the would-be immigrants to Germany!

World public opinion was outraged, and the British changed their policy. Instead of sending immigrants back to Europe, they started re-settling them in detention camps in Cyprus.

The majority of the passengers on the Exodus 1947 ultimately settled in Israel, though some had to wait until after the establishment of the State of Israel.

This incident was the basis of the 1958 novel by Leon Uris and the 1968 movie directed by Otto Preminger, both titled, Exodus.

Why is God regathering the Jewish people after a dispersion lasting almost 2,000 years?

It’s because He has promised that He will bring a remnant of the Jews to salvation before the consummation of history (Zech 12:10, Isaiah 10:20-23 and Romans 9:27).

The prophetic scriptures reveal that God has a specific plan for achieving that goal. He will regather them, and then He will bring all the nations of the world against them, allowing them to be hammered until they come to the end of themselves and turn to Him in repentance, accepting His Son as their Messiah. What a glorious day that will be!