Sermons From the Holy Land: Anti-Semitism (Part 2 of 2)

Let us continue on with my second message in the Holy Land, which was presented on a visit to the Crusader fortress of Akko. I was explaining in the first part how Anti-Semitic many of our historical Church leaders were.

Martin Luther and the Nazis

Finally, the Reformation came. The man responsible for it was Martin Luther. He had had enough of the Church selling salvation, so he nailed his Ninety-Five Theses on the door of the Castle Church of Wittenberg and said to the effect, “Enough is enough! We’ve got to get back to the Word of God.”

At that time the printing press was developed and the Bible was translated into the languages of the people. When the people began to read the Bible, they rose up and revolted against what they had been taught by the Catholic Church.

Martin Luther is a great hero of the Christian faith, and rightfully so, because he had the courage to stand up against the greatest institution of the Middle Ages — the Catholic Church. That took a lot of courage, because at that time if you stood against the Church you were burned alive at the stake. He knew that could happen to him.

Luther was a great hero of the Church, but unfortunately, he also turned out to be the greatest Anti-Semite in the history of Christianity, a fact most people are not aware of. Right before Martin Luther died, he published a pamphlet. You can find on the Internet today. Just type in “Martin Luther Jews.” Martin Luther wrote this pamphlet right before he died. You’ll be shocked at what he said. Martin Luther said.

After having dehumanized the Jews, Luther then proceeded to tell what people should do with the Jews. Here is what he said:

“Their synagogues and schools should be burned. Their houses should be destroyed. Their Talmudic writings should be confiscated. Their Rabbis should be forbidden to teach. Their money should be taken from them. They should all be compelled into forced labor.”

Doesn’t that sound familiar? That was the blueprint of the Holocaust.

Needless to say, the Nazi’s gleefully quoted Luther as they rose to power. In Hitler’s book, Mein Kampf, he wrote, “Martin Luther is the great warrior, a true statesman, and a great reformer.” 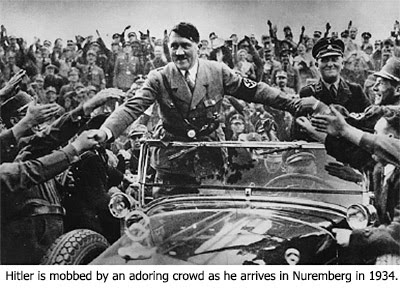 Did you know that Hitler professed to be a Christian? In fact, all the Nazi’s professed to be Christians. In 1924, at a Christian gathering in Berlin, Hitler spoke to thousands and received a standing ovation when he made the following proclamation:

“I believe that today I am acting in accordance with the will of Almighty God as I announce the most important work that Christians can undertake, and that is to be against the Jews and to get rid of them all, once and for all.”

Later on, Hitler proceeded to talk about the influence of Luther on his life. He said:

“Martin Luther has been the greatest encouragement of my life. Luther was a great man. He was a giant. With one blow he heralded the coming of the dawn of the new age, and he saw clearly that Jews needed to be destroyed. We are only beginning to see that we need to carry on this work.”

You must understand that in the Jewish mind the Holocaust was a Christian event. It was a Christian event by people who professed to be Christians. Therefore, when you try to witness the Lord Jesus Christ to a Jewish person, they consider it very offensive, because you have the blood of their ancestors on your hands.

If a Jew accepts Jesus as Lord and Savior, then he’s considered to be a traitor to the Jewish people. For the Orthodox Jew, they will even hold a funeral and pronounce him dead. The Nazi people who persecuted the Jews claimed to be Christians and did what they did in the name of Jesus, but they were not Christians.

You have to understand where the Jewish people are coming from when you’re trying to talk to them about Christianity.

The Evils of Replacement Theology

Sadly, Anti-Semetism is still going on in the Church today, but under a different name. It’s called Replacement Theology.

Did you know that the majority of Christendom today, the majority of all Churches including the Roman Catholic Church and the majority of all Protestant Churches, teach Replacement Theology? They teach that God washed His hands of the Jewish people in the First Century because they killed the Lord Jesus Christ. They teach that God has absolutely no purpose left for the Jews whatsoever and that the Church has replaced Israel. Also, it teaches that the regathering of the Jews and the re-establishment of the State of Israel is all just an accident of history and that it has no biblical meaning whatsoever. 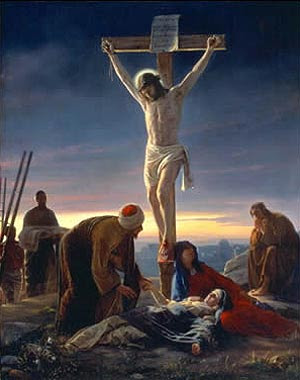 All of us, every one of us and myself included, killed Jesus Christ. We all have the blood of Jesus on our hands. He went to that Cross to die for us so as to make it possible for our sins to be forgiven and for us to be reconciled to Him. That’s why the great painters of the Middle Ages, the really great painters who really understood the Word of God, always painted themselves in the picture at the foot of the Cross. They realized, that they too were guilty of the Crucifixion. But, the Church has always blamed Jesus’ death on the Jews. But, in truth, all of us were responsible for it.

Psalm 129:5-8, says, “All who hate Zion shall be put to shame.” It further says that God is so upset by those who would commit Anti-Semitism that it says in Psalm 129 to not even pronounce a blessing on anyone who is involved in Anti-Semitism.