A Different Perspective on the Nativity 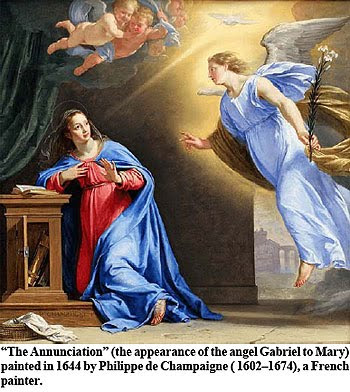 Most Christians have read Luke’s account of the birth of Jesus so many times that it has become mundane. That is unfortunate, because it is a glorious story.

To give it fresh meaning, it is reproduced below from the Jewish New Testament, a translation by a Messianic Jew named David Stern. As you will see, this translation captures the Jewishness of the original text.

In the sixth month, the angel Gavri’el was sent by God to a city in the Galil called Natzeret, to a virgin engaged to a man named Yosef, of the house of David; the virgin’s name was Miryam.

Approaching her, the angel said, “Shalom, favored lady! Adonai is with you!” She was deeply troubled by his words and wondered what kind of greeting this might be. The angel said to her, “Don’t be afraid, Miryam, for you have found favor with God. Look! You will become pregnant, you will give birth to a son, and you are to name him Yeshua. He will be great, he will be called Son of Ha’Elyon. Adonai, God, will give him the throne of his forefather David; and he will rule the House of Ya’akov forever — there will be no end to his Kingdom.”

“How can this be,” asked Miryam of the angel, “since I am a virgin?”

The angel answered her, “The Ruach HaKodesh will come over you, the power of Ha’Elyon will cover you. Therefore the holy child born to you will be called the Son of God… For with God, nothing is impossible.”

Miryam said, “I am the servant of Adonai; may it happen to me as you have said.”

In the countryside nearby were some shepherds spending the night in the fields, guarding their flocks, when an angel of Adonai appeared to them, and the Sh’khinah of Adonai shone around them.

They were terrified; but the angel said to them, “Don’t be afraid, because I am here announcing to you Good News that will bring great joy to all the people. This very day, in the town of David, there was born for you a Deliverer who is the Messiah, the Lord. Here is how you will know: you will find a baby wrapped in cloth and lying in a feeding trough.”

Suddenly, along with the angel was a vast army from heaven praising God: “In the highest heaven, glory to God! And on earth, peace among people of good will!”

There was in Yerushalayim a man named Shim’on. This man was a tzaddik, he was devout, he waited eagerly for God to comfort Israel, and the Ruach HaKodesh was upon him. It had been revealed to him by the Ruach HaKodesh that he would not die before he had seen the Messiah of Adonai.

Prompted by the Spirit, he went into the Temple courts; and when the parents brought in the child Yeshua to do for him what the Torah required, Shim’on took him in his arms, made a b’rakhah to God, and said, “Now, Adonai, according to your word, your servant is at peace as you let him go; for I have seen with my own eyes your yeshu’ah, which you prepared in the presence of all peoples — a light that will bring revelation to the Goyim and glory to your people Israel.”