When Was Jesus Born? 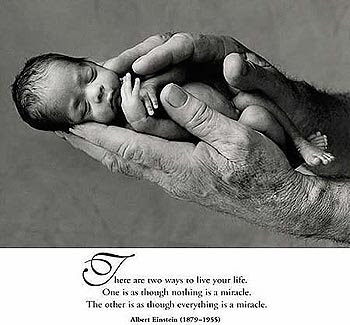 According to Luke 1:24-26, Mary conceived Jesus in the sixth month of Elizabeth’s pregnancy with John the Baptist. This means that Jesus was born 15 months after the angel Gabriel appeared to Elizabeth’s husband, Zacharias, and informed him that his wife would bear a child.

According to Luke 1:5, Zacharias was a priest of the division of Abijah. Luke 1:8 says that Gabriel appeared to Zacharias while he was serving as a priest in the Temple.

Fifteen months later would place the birth of Jesus in the seventh month of the Jewish calendar. That would be in the fall of the year, in either late September or early October. His conception, not His birth, would have occurred in December of the previous year.

The seventh month of the Jewish calendar is the month of the Feast of Tabernacles. John 1:14, speaking of Jesus as the Word, says: “And the Word became flesh and dwelt among us, full of grace and truth.” The word “dwelt” that is used here is the Greek word “skenoo” which literally means “to tabernacle”!

The total meaning of that feast will not be fulfilled until the Lord returns again to tabernacle among Men for a thousand years while He reigns over the earth from Mt. Zion in Jerusalem.

Isn’t the Word of God marvelous?