The Dispersion of the Jews: The Rise and Fall of Judah

The southern kingdom of Judah began with King Rehoboam who was the rightful heir to the throne, since he was the son of Solomon, but he veered off the path of righteousness, and his son, Abijah (also known as Abijam), followed in his steps. It was not until the 20th year of the kingdom that a good king by the name of Asa ascended the throne. He reigned for 41 years and was followed by his righteous son, Jehoshaphat, who ruled for 25 years. 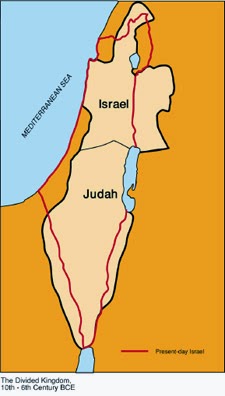 It was up and down after that with regard to the kings, but overall, there was a steady descent of the society into spiritual darkness. It is a tragic story because no other nation had ever been blessed as much as Judah. God prospered its people and gave them many righteous kings. More important, His Shekinah Glory resided in their Temple in Jerusalem. But the people of Judah took their eyes off the Lord and began to wallow in pride, which led them into a multiplicity of sins.

The Prophets to Judah

The earliest prophet to speak out against Judah’s increasing apostasy was Joel. He appeared on the scene during the reign of King Uzziah (783-732 BC) when the kingdom was almost 150 years old. This would have been before the fall of Israel.

Judah had just experienced a terrible locust invasion that had made waste of the kingdom’s agricultural production. The nation was facing famine. Joel’s message was a tough one. Basically, he said, “If you think this locust invasion is bad, just wait and see what God has in store for you if you do not repent.” He then warned that God was going to send an army that would do far greater damage than the locusts.

He cried out to his people in behalf of God, saying, “Return to Me with all your heart, and with fasting, weeping and mourning; and rend your heart and not your garments” (Joel 2:12-13).

In the year of King Uzziah’s death (732 BC), God called Isaiah to be a prophet to Judah (Isaiah 6:1). As his first assignment, the Lord instructed him to make an inventory of the kingdom’s sins.

The list appears in Isaiah 5, and it is an alarming one. It included injustice, greed, pleasure seeking, blasphemy, moral perversion, intellectual pride, intemperance and political corruption (Isaiah 5:7-23). And keep in mind that this list was compiled at the end of the 52 year reign of a righteous king!

The cause of all this spiritual pollution was summed up by Isaiah in the following words: “For they have rejected the law of the LORD of hosts, and despised the word of the Holy One of Israel” (Isaiah 5:24).

Isaiah pulled no punches in warning Judah of the consequences of its sins, if the nation refused to repent. He pointed to what had happened to Israel: “Shall I not do to Jerusalem and her images just as I have done to Samaria and her idols?” (Isaiah 10:11). He even prophesied that Babylon would be the empire that would destroy Judah, referring to the Babylonians as His “consecrated ones” and His “mighty warriors” (Isaiah 13:3).

The Message of Jeremiah

About 60 years after Isaiah’s death, God called the prophet Jeremiah to take his place. And once again, the Lord instructed him, like Isaiah, to begin his ministry by compiling an inventory of the kingdom’s sins (Jeremiah 5:1-2). 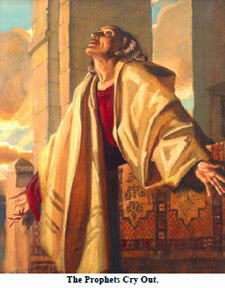 When Jeremiah reported back, the list he had compiled was identical to Isaiah’s (Jeremiah 5-10), except that he added the sin of religious corruption: “An appalling and horrible thing has happened in the land: The prophets prophesy falsely, and the priests rule on their own authority…” (5:30-31).

Jeremiah then went forth to call for repentance and to warn of impending destruction. He began his ministry by preaching a powerful sermon in the Temple in Jerusalem. He called upon the people to amend their ways and practice judgment, or else their Temple would be destroyed (7:1-7). He then asked them a piercing question (7:9-10):

9) “Will you steal, murder, and commit adultery and swear falsely, and offer sacrifices to Baal and walk after other gods that you have not known,

10) then come and stand before Me in this house, which is called by My name, and say, ‘We are delivered!’ — that you may do all these abominations?”

The religious leaders reacted in outrage, banning Jeremiah from the Temple (36:5). The people mocked him, claiming that God would never allow anyone to destroy the Temple that was inhabited by His Shekinah Glory (7:4).

Jeremiah never let up in his call for repentance and his pronouncement of warnings. And the people of Judah never wavered in their hostile response. He was attacked by his brothers (12:6), imprisoned (37:18), beaten and put in stocks (20:1-2), thrown into a cistern (38:6), denounced by a false prophet (28:1ff) and constantly threatened with death (38:4).

Jeremiah was very specific with his warnings (20:4-5):

4) For thus says the LORD,”… I will give over all Judah to the hand of the king of Babylon, and he will carry them away as exiles to Babylon and will slay them with the sword.

5) “I will also give over all the wealth of this city, all its produce and all its costly things; even all the treasures of the kings of Judah I will give over to the hand of their enemies, and they will plunder them, take them away and bring them to Babylon.”

Not only did he specify that the nation would be destroyed by Babylon and that the people would be carried away to captivity, he also specified that this exile would last exactly 70 years (25:11-12). But all the warnings fell on deaf ears. Here’s how the response is described in Jeremiah 17:23 — “Yet they did not listen or incline their ears, but stiffened their neck in order not to listen or take correction.”

The Destruction by Babylon

So, God sent the Babylonians as His “war club” (51:20), and they destroyed Jerusalem and the Temple. Most of the residents of Jerusalem were either killed or captured and sent into exile. Many others, who were able to escape or who were left behind, decided to flee to Egypt (43:1-6).

The conquest of the city of Jerusalem and the destruction of the kingdom of Judah produced two of the saddest verses in the Hebrew Scriptures (2 Chronicles 36:15-16):

The Babylonian captivity (608-538 BC) produced the second great Jewish dispersion — to Babylon and Egypt. And when the Jews were allowed to return to their homeland 70 years later by the Persian King Cyrus, the majority decided to remain in Babylon.4

In the fourth part of this series on the dispersion of the Jews, we’ll look at the exile from the Roman Empire up until the modern era.