The Preservation of the Jewish People: The Magnitude of the Miracle 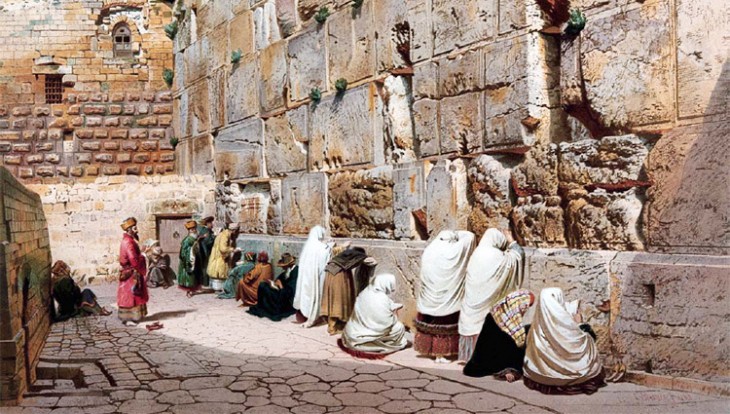 The Magnitude of the Miracle

The preservation of the Jewish people throughout their 2,700 years of dispersion is mind-boggling. Keep in mind that they were dispersed to over 130 nations worldwide, and they were brutally mistreated wherever they went. Will Varner, a professor at The Master’s College, has expressed it this way: “No nation in the history of the world ever has been exiled from its land, lost its national existence and language, and then returned as a people to that identical homeland and even revived its ancient tongue. No nation, that is, except one — the nation of Israel.”8

The relentless persecution of the Jews dates from the very beginning of their existence as a nation. The Pharaoh of Egypt attempted to murder all their male babies (Exodus 1:15-16). A government bureaucrat named Haman conceived a genocidal plan to exterminate all the Jewish people in Persia (Esther 3:8-10). The Assyrian Empire conquered ten of the Jewish tribes and scattered them throughout Asia. Then came the Babylonian exile of the remaining two tribes and the two horrific wars with the Romans (70 and 135 AD).

Throughout the Middle Ages, the Jews were herded into ghettos and required to wear identifying symbols. They were subjected to pogroms, witch hunts, and blood libels. They were blamed for all the problems of society — even for the Black Plague. They were slaughtered during the Crusades, they were tortured during the Inquisition, and they became an object of complete annihilation during the Nazi Holocaust.9

Yet, the Jewish people survived and their persecutors ended up in the dust bin of history.

How could this be? Chance? Coincidence? Good luck? A roll of the dice? There are many theories.

The most common theory offered by secular Jews is that the overwhelming persecution suffered by the Jewish people created within them an iron will to survive, and their genius as a people produced cunning and crafty methods of survival.10 But all such naturalistic explanations seem shallow and fall flat in the face of the odds that any people could preserve their existence and identity in the midst of so much suffering.

Other secular arguments include the high degree of education and literacy that characterized the Jews during the Middle Ages. This enabled them to more effectively preserve their traditions, and it increased their usefulness to society. Instead of living as beggars, they were able to become lawyers, doctors, bankers and bureaucrats.

Their high level of education also made it possible for them to be extremely mobile, enabling them to move more easily from one nation to another. They had financial resources, and they posed less of a welfare problem than non-Jewish migrants.12

If we wish to discover the essential elements making up the… unique strength [of the Jewish people], we must conclude that it is not its peculiar physical or intrinsic mental characteristics, nor its tongue, manners and customs… The only link which unites our scattered people throughout its dispersion, regardless of time, is Torah and mitzvot.

Torah and mitzvot — these two are the focus of Orthodox Jewish explanations of the preservation of the Jewish people. Torah refers to the first five books of the Hebrew Scriptures — the books written by Moses, often referred to as the Pentateuch. Mitzvot are the commandments contained in the Torah.

The rabbis contend that there are 613 mitzvot in the Torah.15 They view 248 of these commandments as positive in nature (“thou shalt”). The remaining total of 365 are considered to be negative (“thou shalt not”). All the commandments are viewed as essential for a person to be holy as God is holy (Leviticus 20:25).

The problem is that all the mitzvot must be interpreted as to their daily application, a process that results in endless discussions and disputes and often conflicting conclusions. An example would be the commandment against building a fire on the Sabbath (Exodus 35:3). The commandment is clear enough. But, does flipping a light switch or pushing an elevator button constitute the striking of a fire?

Over the centuries, the Jewish sages have developed an extensive code of oral laws that apply the mitzvot of the Torah to every aspect of daily life. This code is called Halacha.16 It is often referred to as “Jewish Law.” But a more literal translation would be “the way to behave” or “the way of walking.”

The observance of Halacha within the Diaspora during the 2,000 years since the destruction of the Jewish Temple in 70 AD prevented the Jewish people from becoming assimilated into the cultures where they were dispersed. The practice of Halacha enabled them to keep their identity as a people set apart by God to be a witness to the world (Deuteronomy 7:6-8).

One rabbi has referred to observance of Halacha as “the tenacious adherence to our spiritual heritage.”17 He has further stated “We [the Jewish people] are who and what we are because of a momentous faith, a faith that proved stronger than the greatest empires in history.”18

Rabbi Akiva (50-137 AD), the great Jewish sage of the Second Century, resorted to the following illustration to explain why the Jewish people must reject assimilation at all costs:19

A fox was once walking by the bank of a river, and saw fish darting from place to place. “What are you fleeing from?” he asked the fish. “To escape the nets of the fisherman.” “In that case,” said the fox, “come and live on dry land together with me.” “Are you the one they describe as the cleverest of animals?” the fish replied. “You are not clever but foolish. If we are in danger here in the water, which is where we live, how much more so on dry land, where we are bound to die.”

Explaining the illustration, Rabbi Akiva stressed that the Torah is to Jewish survival as water is to a fish. Yes, the Jews are in constant danger, but if they put the Torah aside, they will lose their identity and die out as an identifiable people.

The Power of Memory

Another key element to keeping their identity which is often stressed in rabbinical writings is memory. Thus, all the Jewish feast days are reminders of either great events in Jewish history or promises of God about the future, or both.20

For example, the Feast of Passover points the Jewish memory back to the time when God miraculously delivered the Jews from Egyptian captivity. The Feast of Shavu’ot (known to Christians as the Feast of Pentecost) is a reminder of the giving of the Law to Moses on Mount Sinai. The most joyous feast of the year is the Feast of Tabernacles (Sukkot in Hebrew) in the Fall of the year. It celebrates the completion of the fruit harvest, and it serves as a reminder of how God was faithful to the Jews during their wilderness wanderings when they lived in tabernacles. It is also a reminder that God has promised in His Word that one day He will come to the earth to tabernacle among His people (Zechariah 2:10-13).

The observance of the seven Jewish feasts each year — year after year — kept alive in Jewish hearts the memory of God’s call on their life as a nation. They were reminded of how God had come to their rescue time and time again (Psalm 78) and how He had promised that one day they would become the prime nation in the world, through whom all of God’s blessings would flow to the nations (Isaiah 2:1-4).

The problem with these explanations of Jewish preservation is that they only show how the Jews kept their identity — and not how they were able to survive. As a matter of fact, the maintenance of their unique identity made them an object of hatred and an easy target for abuse.

The result was 2,000 years of unrelenting hatred, persecution and slaughter. Their own Scriptures prophesied that once they were scattered, they would be persecuted wherever they went and would become few in number:

And the LORD will scatter you among the peoples, and you shall be left few in number among the nations, where the LORD shall drive you. (Deuteronomy 4:27)

Then [after their scattering] you shall be left few in number, whereas you were as the stars of heaven for multitude, because you did not obey the LORD your God. (Deuteronomy 28:62)

Roman records indicate that 2,000 years ago there were between 8 to 10 million Jews living in the world.21 There are 14 million today. How many should there be?

Well, in the same period of time, the population of China grew from 30 million to over one billion.22 The Arab peoples came into existence at the same time as the Jews. Today there are more than 400 million Arabs.23 Based on these statistics, the Jewish population today should be between 400 and 500 million.

In the third and final segment of this series on the preservation of the Jewish people, we’ll look at the supernatural element as to why the Jews have survived.

9) For details about the persecution of the Jews during the Middle Ages, see Dr. David Reagan’s book, The Jewish People: Rejected or Beloved? (McKinney, TX: Lamb & Lion Ministries, 2014), pages 93-124.

11) Prioktan918, “How did Judaism survive the Diaspora?” www.answers.com/Q/How_did_judaism_survive_the diaspora, page 1.

14) Nissan Dovid Dubov, “What is the Secret of Jewish Survival?” www.chabad.org., page 2.

20) John J. Parsons, “The Jewish Holidays: A Simplified Overview of the Feasts of the LORD,” www.hebrew4 christians.com.