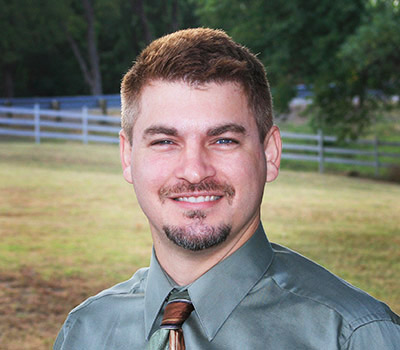 Nathan E. Jones serves as Associate Evangelist and Web Minister for Lamb & Lion Ministries, reaching out to the nearly three billion people accessible over the Internet with the message of the soon return of Jesus Christ.

Nathan is married to Heather Jones, who also serves at the ministry encoding and transcribing the ministry’s weekly television program called “Christ in Prophecy.” They have three teenage children who love the Lord.

After graduating from Philadelphia Biblical University (now Cairn University) with a Bachelors in Bible, Nathan and his wife had ambitions to serve in the mission field and spent time in short-term missions. He then worked for two years at the mission headquarters of UFM International. Advised to gain some real world experience before setting off for the field, Nathan went back to college for computer programming and there, along with millions around the world, discovered the opportunities of a budding World Wide Web.

Working for years as a Web developer for an East coast ISP and starting his own company called Creation Websites, Nathan next merged his Web and ministry skills into six years of service as Web Architect at Southeast Christian Church, the Louisville, Kentucky mega-church. The call to missions remained strong, and now with a mission field of billions of people accessible through the Internet, starting in August 2007 Nathan began reaching out to those people by serving at Lamb & Lion Ministries.

A life-long student of the Bible and an ordained minister, Nathan attended Southern Baptist Theological Seminary and received his Masters of Management and Leadership at Liberty University. He’s also a student of the martial arts discipline hapkido.

Nathan can be found growing and developing Lamb & Lion Ministries’ website at www.lamblion.com, writing about Bible prophecy daily on The Christ in Prophecy Journal blog at www.christinprophecyblog.org, discussing Jesus’ soon return on The Christ in Prophecy Facebook group, producing end time video messages, being interviewed on radio programs, guest co-hosting the ministry’s television program “Christ in Prophecy,” speaking at conferences and churches, and answering Bible-related questions sent in from all over the world.