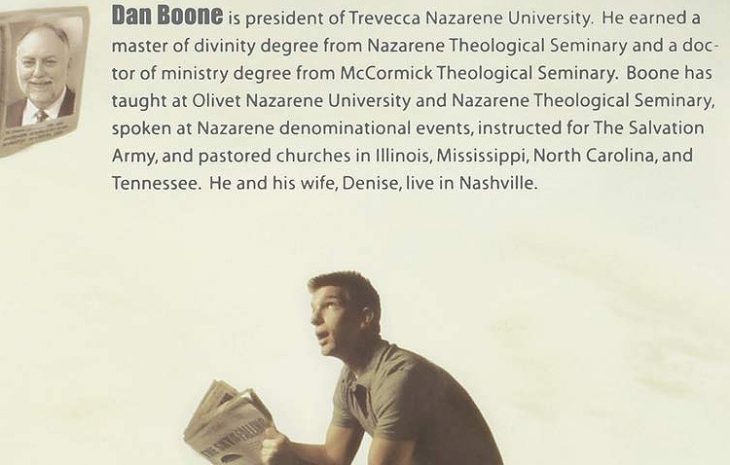 One of our Prophecy Partners recently sent me a copy of a book about Revelation that was written by Dr. Dan Boone, who is President of Trevecca Nazarene University in Nashville, Tennessee. The Prophecy Partner is a member of the Nazarene Church, and he was very upset that a Nazarene leader would author a book that would provide such an “erroneous interpretation of God’s Word.”

The book is a brief one of only 141 pages. It is very well written. The author has an easy-to-understand style that is captivating, and he has an imaginative way with words, as when he sums up the book at the end by writing, “The Alpha has run the alphabet of time and arrived at the Omega” (page 117).

Throughout the book’s 22 very brief chapters, the author comes up with highly imaginative chapter titles that draw you into the chapters like a magnet: “The ‘D’ Word,” “Trouble on the Yellow Brick Road,” “B.J.’s Song” and “Messing with God.” 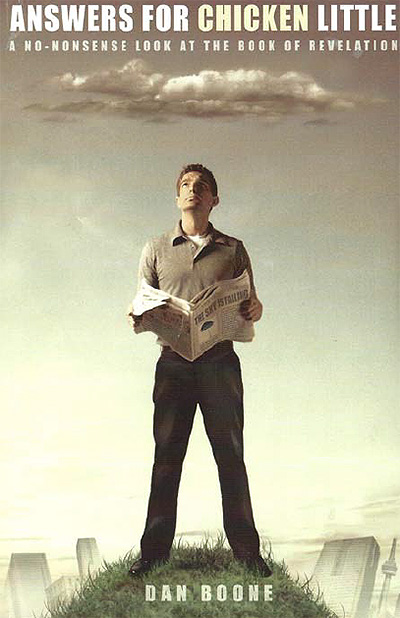 Unfortunately, the content of the book is a disaster. It spiritualizes the book of Revelation from start to finish. In fact, the theme of the book is, “Revelation never means what it says.” After all, it’s apocalyptic!

Even worse — and bordering on the blasphemous — Dr. Boone argues that “John [the Apostle] follows the pattern of apocalyptic literature by writing as if he were living in an earlier time and detailing current events as if they were the prophesied future” (page 85). Astounding! Do you understand what he is saying? He is arguing that John wrote about current events in his time as if they were future. In other words, John is deceiving the reader into believing that he is writing prophecy, when he is really writing history. This allegation alone is sufficient to justify tossing this book into the trash can.

But there are other significant problems:

Let’s take an in-depth look at an example of this last point. Revelation chapter 20 says six times that the Lord is going to return to this earth to reign for a thousand years, but according to Dr. Boone, it really does not mean what it says. Rather, the number just means that God is in charge! And how does he come to that conclusion? Put on your seat belt because his argument is going to jolt you (page 112):

One thousand is 10 x 10 x 10. This is 10 multiplied by itself three times [Duh!]. Three is the number that represents God. Ten is the number for power and sovereignty. If you do the word math, you come up with God x God x God = God to the max. He has established His sovereign rule. God is totally in charge.

This kind of interpretation is right out of Alice in Wonderland.

This book is a classic expression of the Amillennial viewpoint that denies that Jesus will ever return to reign on this earth, and therefore, Bible prophecy does not mean what it says.

Don’t waste your time with this gobbledygook!