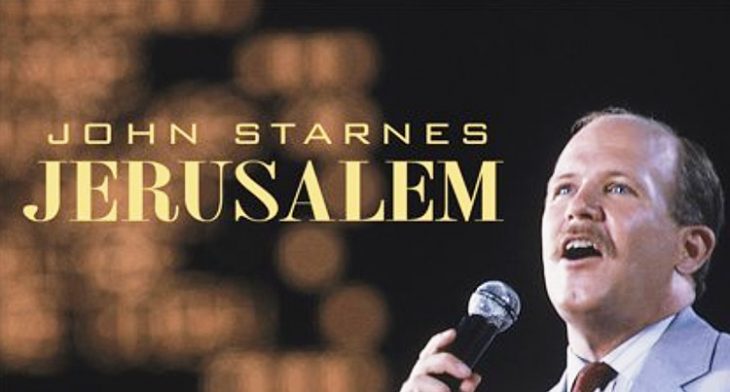 Many songs have been written about Jerusalem, but when Jerusalem in song is mentioned, I am convinced that nine times out of ten people think of only one song, whose official title is “The Holy City.” It is the song that is played on tour buses in Israel when pilgrims get their first sight of Jerusalem, and the version of it that is played is always the one by Christian singer, John Starnes.

This song has been played so many times to so many Holy Land pilgrim groups from all over the world that John Starnes would be a multi-millionaire today if he had received one dollar for each time it was played.

The song was written in 1892 by a remarkable Englishman named Frederic Weatherly (1848-1929). He was a lawyer, author, lyricist and radio broadcaster. It has been estimated that he wrote the lyrics to at least 3,000 popular songs, one of the best known being “Danny Boy.” 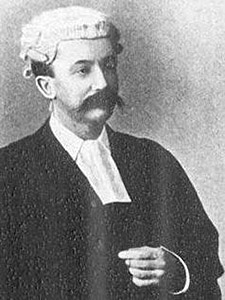 The lyrics were set to music by an equally remarkable man named Michael Maybrick (1841-1913). He was an English composer and singer, best known under his pseudonym Stephen Adams. He became famous as a baritone opera singer. Later in life he switched to performing popular music, much of which he had composed. 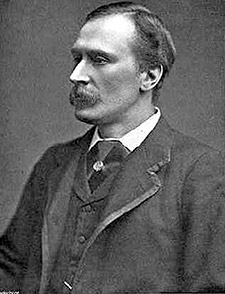 Maybrick was a keen amateur sportsman, being a cricketer, a yachtsman and a cyclist. He also served as captain in a regiment of the British Army Reserve called The Artists Rifles. His songs gained extraordinary popularity during his lifetime. Of all the songs he composed, “The Holy City” remains the best known.

The modern day singer who is responsible for making this song known worldwide is John Starnes. He is a high tenor who sang inspirational gospel music until his retirement in the late 1990s. 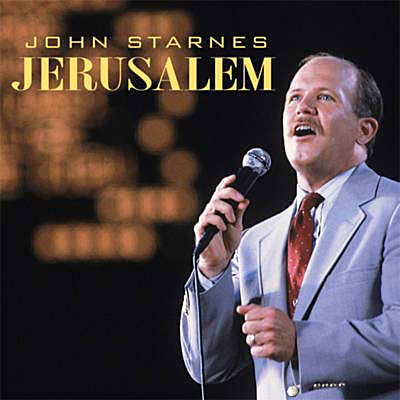 He has recorded 15 albums, and has been featured in seven of the “Gaither Homecoming” videos. Starnes is also a licensed pilot who flew for Jimmy Swaggart Ministries in the 1980s. He ultimately became the lead male singer for the Swaggart Ministries, alongside the featured female vocalist, Janet Pascal. He and his wife of 30 years, Teresa, live in Nashville, Tennessee. They are the parents of two daughters.

One night while I was sleeping,
I had a dream so fair,
I stood in old Jerusalem
Beside the temple there.
I heard the children singing,
And ever as they sang,
I thought the voice of angels
From Heav’n in answer rang:

“Jerusalem! Jerusalem!”
Hark, how the angels sing,
“Hosanna in the highest
Hosanna to your King!”

And then I thought my dream was changed,
The streets no longer rang,
Hushed were the glad hosannas
That the little children sang.
The sun grew dark with mystery,
The morn was cold and chill,
As the shadow of a cross arose
Upon a lonely hill.

Jerusalem! Jerusalem!
Lift up your gates and sing,
“Hosanna in the highest,
Hosanna to your King.”

And once again my dream was changed,
New earth there seemed to be,
I saw the Holy City
Beside the crystal sea.
The light of God was on its streets,
The gates were open wide,
That all who would, might enter,
And no one was denied.
No need of moon or the stars by night,
Or the sun to shine by day,
For it was the New Jerusalem,
That would not pass away.

“Jerusalem! Jerusalem!”
Sing, for the night is o’er!
“Hosanna in the highest,
Hosanna for evermore!”

[Join us on a tour of Israel!]

The Revolution in Christian Music