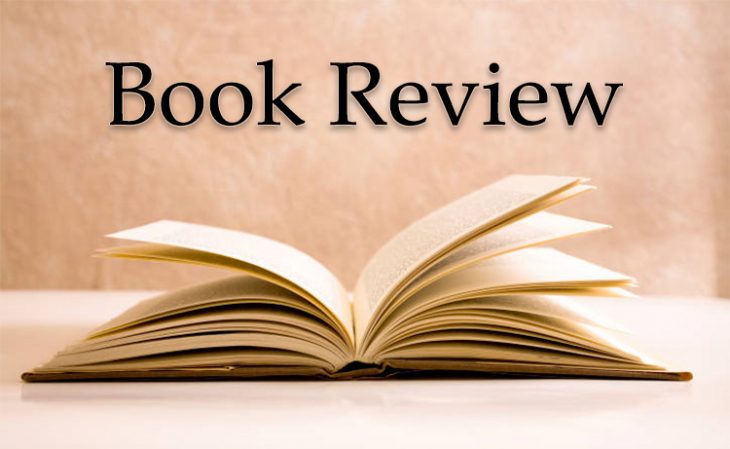 One of the major prophetic voices that has emerged on the American scene in the past few years is a Messianic Jew by the name of Dr. Michael Brown. He regularly publishes essays in which he speaks out boldly about the rebellion of our nation against God’s Word. He also writes insightful essays in defense of the fundamentals of the Christian faith.

Dr. Brown, who is 64 years old, is a fascinating personality. He describes himself in his teen years as having been “a heroin-shooting, LSD-using Jewish rock drummer.” 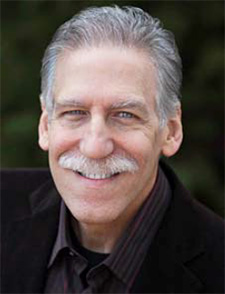 His discovery of God’s Word led him to Jesus and a BA degree in Hebrew and an MA and Ph.D in Near Eastern Languages and Literatures. Today he serves as President of the FIRE School of Ministry in Concord, North Carolina. Additionally, he is the host of a daily, nationally syndicated radio program called, “The Line of Fire.” He also hosts an apologetics television program called “Answering Your Toughest Questions.” His website can be accessed at https://askdrbrown.org.

Dr. Brown is the author of more than 30 books. One of his most recent ones is titled, Saving A Sick America (Harper Collins, 2017). This is a very thought-provoking book that is well worth reading. 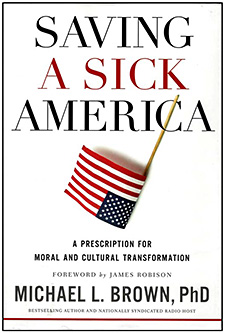 It begins with the presentation of overwhelming and fascinating proof that our nation was rooted from the beginning in Judeo-Christian principles. He then provides anguishing statistics concerning the paganization of our nation during the 40 years between 1960 and 2000 — emphasizing not only how radical the changes have been, but also how quickly they have occurred.

But then he does something unique. He writes:

He then proceeds to prove his point through the presentation of exhaustive and enlightening proof. In the process he provides absolutely fascinating examples of how strong Christian values were in our nation in colonial days — and continuing through the 19th Century. His chapter titled, “The Bible in America History” is alone worth the cost of the book. All of his introductory chapters contain one priceless quote after another from the times of our Founding Fathers to the present.

The book is divided into three parts. Part 1 is titled, “How Sick Are We?” And it will make you sick to read it. Part 2 focuses on “America’s Biblical Roots.” It will make you nostalgic for “the good old days.”

The third part is the longest. It’s the section that relates the most to both the title and the sub-title of the book: Saving A Sick America: A Prescription for Moral and Cultural Transformation. In anticipation of this section, Dr. Brown states in the book’s preface:

If you are looking for a book filled with divine optimism and hope, this book is absolutely for you, since in the pages that follow, I lay out a vision for the moral and cultural transformation of America (page iv).

This brings us to the theme of the book: “America can be great only to the extent that America is good, and for America to be good, it must recapture its biblical heritage” (page 39).

So, the major part of this book is devoted to explaining how our nation can be rescued from its decline into the dark pit of secularism and paganism.

It is at this point that I begin to differ strongly with Dr. Brown in his conclusions. His theme of America’s possible restoration is a conditional one that rests on an invalid supposition — namely, that America will “recapture its biblical heritage.” I see no possibility of that. I believe we as a nation have already passed the point of no return. In his book, Dr. Brown writes off people like me as “pessimists.” On the contrary, I consider myself to be a realist.

Dr. Brown points to the many revivals our nation has experienced in the past, and he argues that it can happen again. But those revivals occurred during times when we had become cold in our relationship with the Lord. That is no longer the case.

Today, we exist in outright rebellion against God and His Word. We have set our jaw against our Creator, and we are shaking our fist at Him — as we did when our President lit up the White House in the colors of the Sexual Perversion Movement in celebration of the Supreme Court’s legalization of same-sex marriage in 2015.

As we will see, the Bible clearly teaches that there is a point of no return for a nation that has been greatly blessed by God.

When such a nation begins to turn its back on God, He will patiently call it to repentance through prophetic voices and remedial judgments. In my book, God’s Prophetic Voices to America, I identify 13 such prophetic voices that God has raised up in this nation — four in the past and nine in the present. And I would add Dr. Brown’s voice to that list.

As for the remedial judgments, God has showered us with them. I would point in particular to the Vietnam War, the 9/11 Attacks, Hurricane Katrina, the 2008 Stock Market Crash and the Obama Presidency. Our response to these disasters has been patriotism rather than repentance.

Despite our stubborn rebellion, God gave us a “window of grace” — as Francis Schaeffer called it in 1980 — with the election of Ronald Reagan. But as soon as he left office, we picked up where we had left off in our retreat from biblical principles. Our new President, George H. W. Bush, came into office exhilarating over the “New World Order” while forcing Israel to engage in an insane policy of appeasement. And then came the disgusting reign of the Clintons, followed by the ineptness of George W. Bush. Our retreat culminated in the Manasseh of our times — Barack Obama.

The Lord, in his grace and mercy, has given us a second “window of grace” with the miraculous election of Donald Trump. Despite his bullying with his crude and often vulgar tweets, we can rejoice over:

Is There Any Hope for America?

But Donald Trump cannot “Make America Great Again.” Only God can do that, and you can be assured that He is not going to let that happen as long as we are shaking our collective fist at Him. God cannot bless a rebellious nation that:

The reason I am so convinced that this second window of grace God has given us will also prove to be temporary is due to three brutal facts we cannot ignore. Just consider that after eight years of the most ungodly administration in American history:

Can there be any doubt that we as Christians have lost the culture war? Again, Dr. Brown would label that conclusion as “pessimism.” I think it is realism, and I think we need to face up to it.

Furthermore, we need to keep in mind that there is a point of no return for nations. It is referred to in the Scriptures as the point at which “the wound becomes incurable.” This trigger point that motivates God to deliver a nation from judgment to destruction is revealed in the book of Nahum.

The prophet Nahum came on the scene 150 years after Jonah. Like Jonah, he was called of God to preach to Nineveh. But, unlike Jonah, he was not sent to call the people to repentance. Rather, he was told to inform them that the time had arrived for their destruction. This warning was in accordance with God’s character, for He never pours out His wrath without warning.

In Nahum 1:11, God reveals the reason for His unalterable decision to destroy the city and its empire: “From you has gone forth one who plotted evil against the Lord, a wicked counselor.” Thus, the trigger point of God’s wrath is when neglect or rejection of Him turns to war against Him. In response, God declared, “Your wound is incurable” (Nahum 3:19). In short, their fate was sealed.

A contemporary of Nahum’s, the prophet Jeremiah, spoke of the same principle regarding God’s relationship to Judah. He proclaimed that the nation’s wound was “incurable” (Jeremiah 30:12). He added, “There is no one to plead your cause, no healing for your sore, no recovery for you” (Jeremiah 30:13).

This command to Jeremiah should be sobering to all of us. It illustrates that when a nation reaches this point of no return — this point where “the wound becomes incurable” — prayer is no longer of any avail. Thus, Jeremiah was told by God that he was not to pray for the deliverance of Judah! “Do not pray for this people, and do not lift up a cry or prayer for them, and do not intercede with Me; for I do not hear you” (Jeremiah 7:16). Later, God made this same point again in even stronger terms: “Even though Moses and Samuel were to stand before Me, My heart would not be with this people; send them away from My presence and let them go!” (Jeremiah 15:1).

Ezekiel was told the same thing when he tried to pray for Judah, but in even stronger terms. God named three of the most righteous men who had ever lived — Job, Noah, and Daniel — and He told Ezekiel that even their prayers could not deliver the nation from His wrath (Ezekiel 14:12-21). “I have set My face against them,” the Lord concluded (Ezekiel 15:7).

God is patient and longsuffering. But He cannot be mocked. “Whatever you devise against the Lord, He will make a complete end of it” (Nahum 1:9). God will ultimately deal with the sin of every nation. “The Lord is slow to anger and great in power, and the Lord will by no means leave the guilty unpunished” (Nahum 1:3). Some nations will be destroyed before the Great Tribulation begins, but all nations will taste God’s wrath during that terrible period of international judgment.

In the second and last part of this book review, we’ll look at God’s pattern of destruction and discern if He provides Christians with any hope.

Watch the Living With Hope in the End...