What is God Saying with the Coronavirus Pandemic? (Part 3 of 3) 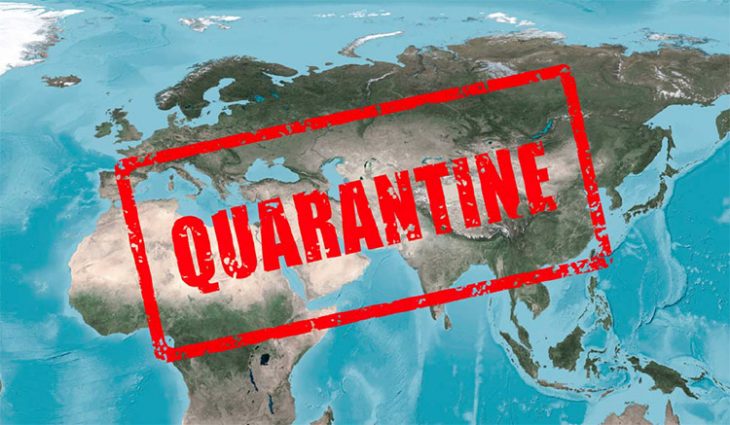 My friends, Christians need to face up to the fact that we have lost the culture war. Humanism has triumphed. We are now a nation begging God to deliver us from judgment to destruction.

David Reagan: Christians need to face up to the fact that we have lost the #CultureWar. Humanism has triumphed. We are now a nation begging #God to deliver us from #judgment to destruction. Click To Tweet

If President Trump is succeeded by another radical liberal ideological person like Obama or Bernie Sanders, supported by a radical liberal Congress, the turnaround will be swift and breathtaking. 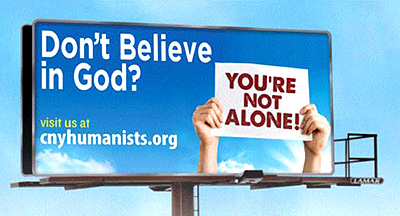 A billboard sponsored by the Central New York Humanists.

A radical President with a supporting Congress can undercut the Court by passing legislation to increase the members from nine to 11 and to allow for additional appointments for each judge who stays on the court beyond the age of 70.

Yes, Franklin Roosevelt tried this in 1937 when he was at the height of his popularity and failed. But what most people forget or don’t know is that six times in American history Congress has changed the size of the Supreme Court by either increasing or decreasing the number of justices — each time for political reasons.

The Message of Romans 1

I think Romans chapter one makes it crystal clear that the fate of our nation is sealed. It says that the wrath of God is called down from Heaven by:

Well, that’s exactly where we are in our nation’s history.

Romans chapter one tells us how God responds to this kind of rebellion against Him and His Word. He steps back and lowers the nation’s hedge of protection, allowing evil to multiply. The first result is a sexual revolution — which occurred in our nation in the 1960s (Romans 1:24).

If the nation persists in its rebellion, the Lord will take a second step back and allow sin to multiply, resulting in a plague of homosexuality — which occurred in this country in the 1980s and 90s (Romans 1:26-27).

If the nation still refuses to repent, God will take a third and final step back and deliver the society over to a depraved mind (Romans 1:28-31) — which is where we are today.

What else but depravity of mind could explain our nation’s celebration over the Supreme Court’s decision to legalize same-sex marriage? As we celebrated, God must have wept. I have no doubt that we signed our nation’s death warrant on June 26, 2015, when our Supreme Court rendered its despicable, ungodly decision.

Nor are we alone. Europe has rejected Christianity. And Christians are being persecuted and slaughtered worldwide.

Our world is a ticking time-bomb. And one of the tragedies is that the average person is just going about his normal business as if nothing is wrong, oblivious to the fact that the wrath of God is about to be poured out. 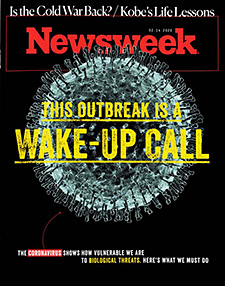 Is there any hope for our nation? I do not believe so. But we should not despair for three reasons.

First, what we are experiencing is a fulfillment of end time prophecy. The biblical prophets, including Jesus Himself, all prophesied that in the end times society would disintegrate into violence and immorality — that it would become as evil as in the days of Noah. And that people would go about their business as if everything was normal. That is exactly where we are today. And thus, we are witnesses to the very signs that are heralding the soon return of Jesus. 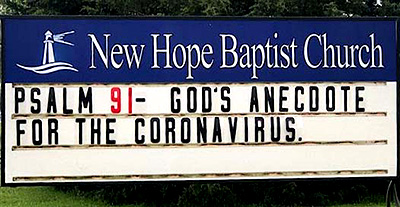 (Submitted by a Prophecy Partner)

This is why the great pastor, Adrian Rogers, once said, “The world is growing gloriously dark.” Or, as Jan Markell likes to put it: “The world is not falling to pieces; rather, the pieces are all falling into place.”

The second reason we should not despair is because there is individual hope. For those of us who are believers, God has promised that He will never forsake us. And the signs of the times clearly indicate that we are on the threshold of the Tribulation, which means we are about to be called home to Heaven in the Rapture.

A third reason we should not despair is because of what God is doing in Heaven right now. The Bible says in Psalm 2 that while all the political leaders of the world conspire against Him, His Word and His Son, our Creator sits on His throne and laughs. He is not laughing because He does not care. Oh no! He is laughing because He has the wisdom and power to orchestrate all the evil of mankind and Satan to the triumph of His will in history.

There is also hope for unbelievers. As the pastor of First Baptist Church in Dallas, Robert Jeffress, likes to point out:

When the darkness deepens, the light of Jesus will shine more brightly, like a diamond on a black cloth, and more and more people will be drawn to Jesus and be saved.

Meanwhile, as the darkness deepens, those of us who are believers must serve as salt and light, standing for God and His Word and refusing to give in to the demands of a pagan society, regardless of the cost.

We must be beacons of hope, pointing people to the God of hope while urging them to put their hope in their only Hope — Jesus, the Son of God, who is the soon returning King of kings and Lord of lords.

David Reagan: Christians must be beacons of #hope, pointing people to the #God of hope while urging them to put their hope in their only Hope—Jesus, the Son of God, who is the soon returning King of kings and Lord of lords. Click To Tweet