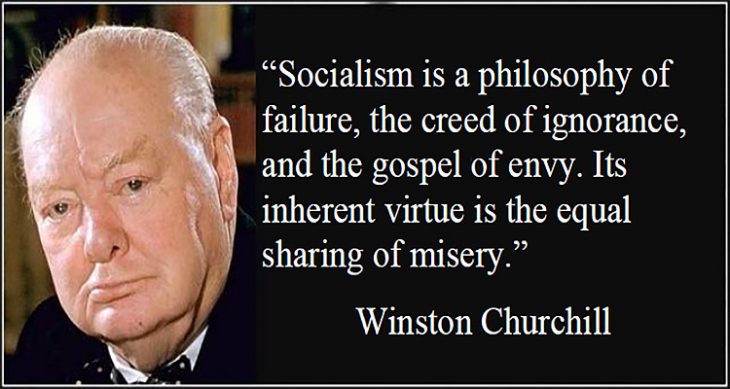 Everywhere you look these days, you find people defining themselves as “Progressives” — college professors, students, members of Congress, the Hollywood elite and the Democratic candidates for President.

The term sounds so positive that people feel like it must represent something good. But it does not. It is a Satanic ruse for the rejection of God’s Word. It represents a commitment to rebel against all that is refined and decent. Its advocates are the leaders of the Sexual Perversion Movement, the Abortion Holocaust, and the Socialist Hysteria.

What has happened to America? We were a nation founded on Christianity, Capitalism and Virtue. It was only 70 years ago in the 1950s that our Congress added “under God” to our pledge of allegiance. In the same decade, Congress adopted “In God We Trust” as our national motto. Today, it would be unthinkable for Congress to approve either.

Why The Movement Has Emerged

Why do we now find ourselves in the midst of a political movement called “Progressivism” that seeks to jettison all that made our nation great? Why the intense hatred of Christianity, Capitalism and Morality? Have we, as a nation, gone mad?

The sad answer is to that question is, “Yes!” And the Word of God explains why.

In Romans chapter 1, the Apostle Paul explained how God deals with a nation that turns against Him and His Word — especially a nation that He has so richly blessed. He steps back, lowers the hedge of protection around the nation and allows a sexual revolution to break out (Romans 1:24-25). That occurred in this nation in the 1960s because after World War II, we gave the heart of this nation over to materialism and made the Almighty Dollar our god.

When a nation refuses to repent, as we have stubbornly refused to do so, then God steps back a second time, lowers the hedge of protection further, and a plague of homosexuality occurs (Romans 1:26-27). Needless to say, we began to experience this remedial judgment in the 1980s and 90s.

And when a nation continues to shake its fist at God in stubborn rebellion, Paul tells us God will step back a third time and lower the hedge of protection even further. At this point, He will deliver the nation over to a “depraved mind” (Romans 1:28-32).

At this point, the nation will self-destruct.

That is exactly where America is today. We have dug in and set our jaw against God and His Word.

Some Christian leaders argue that we have just “grown cold in the Lord” and that we can once again experience spiritual renewal, as we have in times past. But we are not just “cold in the Lord.” For the first time in our history, we as a nation have become God haters. It is interesting that in Romans 1:29-30 where Paul lists the manifestations of a “depraved mind,” he specifically mentions the hatred of God (Romans 1:30).

What The Movement Stands For

And that is precisely the reason that every time you turn on the news or pick up a newspaper, you hear some insane proposal like:

It is an oxymoron to call these proposals “progressive.” They are digressive. They will accelerate our degeneration as a nation.

The Paradox of Progressivism

The irony is that they are a fulfillment of Bible prophecy, for the Bible says that in the end times, right before the return of Jesus, society will become as secular and pagan as it was in the days of Noah (Matthew 24:37-39).

This is the reason that the Christian pastor, Adrian Rogers (1931-2005), once said, “The world is growing gloriously dark.” Jan Markell, founder of Olive Tree Ministries, has put it this way: “The world is not falling to pieces; rather, all the pieces are falling into place.”

This does not mean that those of us who are Christians are simply to shrug our shoulders and do nothing. Never! We must stand for righteousness as the darkness deepens. We are called to be the light of the world, speaking out in behalf of righteousness and sharing the Gospel.

Let’s look at two areas where Progressivism has virtually destroyed the fabric of our society. We’ll first observe how an institution that once existed to teach boys morality — the Boy Scouts of America — has compromised and is now in decline. We’ll then look at how all of this gender confusion is using the legal system in order to force accepted.

The Decline of the Boy Scouts

At the beginning of this century, the Boy Scouts of America had four million members. But that membership began to drop exponentially in 2014 when the Board of the organization decided to jettison its traditional Christian values and start accommodating the demand of an increasingly pagan society.

The lifting of the ban on homosexual boys in 2014 resulted in the largest one year drop in membership in the history of the organization. The decision to accept transgender boys (girls claiming to be boys), prompted the Mormon Church to pull all its troops from the organization.

Today, the Scouts BSA claims to have a membership of 2.3 million (down 1.7 million), but many believe that even that number is highly inflated.

One observer concluded that “the Scout’s collapse reflects the culture’s decline.” Amen to that!

The good news is that a group of Evangelicals formed an alternative scouting organization in 2015 called Trail Life USA. Its slogan is “Christ-Centered and Boy-Focused.”

Today it has more than 800 troops in all 50 states with a total membership of 26,000 boys. You can find their website at traillifeusa.com.