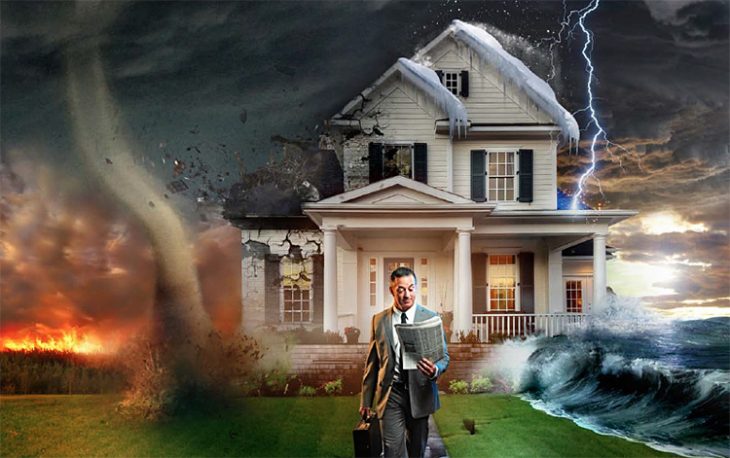 God began to afflict our nation with remedial judgments in the 1960s when the Sexual Revolution began in our nation and we started thumbing our nose at God’s moral laws. But what I think we may have failed to realize is that since 1991, many of the judgments we have experienced have been directly related to a new factor — namely, our mistreatment of Israel.

The Bible says that God will bless those who bless Israel, and He will curse those who curse Israel (Genesis 12:3). The Bible also says that he who touches Israel touches “the apple of God’s eye” (Zechariah 2:8).

David Reagan: The #Bible says that #God will bless those who bless #Israel, and He will curse those who curse Israel (Genesis 12:3). Click To Tweet

History attests to the truth of these statements. Spain was at the height of its power as a world empire in the 15th Century when it launched the Inquisition and drove its Jewish population out of the country. Within a short time thereafter, the empire no longer existed. Hitler was well on his way to conquering all of Europe when he launched the Holocaust. His Third Reich soon ended up in ashes.

I believe that many of our blessings as a nation have been due to the fact that we have historically been a safe haven for the Jewish people. Also, we have been Israel’s best friend ever since the nation came back into being in 1948.

But the Bible says that in the end times all the nations of the world will come together against Israel over the issue of Jerusalem (Zechariah 12:3). And in the early 1990s, we began to turn against Israel in our determination to maintain access to Arab oil.

The turning point was in 1991 when the Soviet Union collapsed and Russian Jews began flooding into Israel at the rate of 2,000 to 3,000 a day for one year. The tiny nation of Israel was overwhelmed by the refugees. The Israeli government appealed to the World Bank for a $5 billion loan. The bank said it would grant the loan only if the U. S. guaranteed it. The Bush Administration agreed to underwrite the loan on one condition: the Israelis had to go to the bargaining table and start trading land for peace.

Yes, we were the ones who forced Israel into adopting the suicidal policy of appeasement, and we have been twisting their arm ever since, pressuring them to divide up the land which God gave them as an everlasting possession. Keep in mind that we can apply enormous pressure because our veto in the United Nations Security Council is the only thing standing between Israel and economic sanctions that could easily and quickly destroy the Israeli economy.

In 2006, a White House correspondent (one of 250 in the world) named William Koenig wrote a book entitled, Eye to Eye. It was subtitled, “Facing the Consequences of Dividing Israel.” The thesis of the book was that many of the natural calamities, economic setbacks and political crises experienced by the United States since 1991 have been directly related to actions we have taken to force Israel to surrender territory to the Arabs. 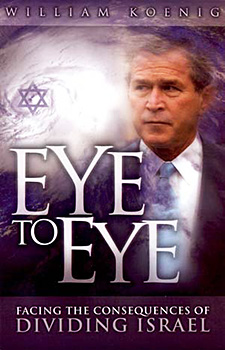 For example, on May 4th of 2003, Secretary of State Colin Powell met with terrorist leader Hafez Assad of Syria and made a commitment to him to include the surrender of the Golan Heights in the President’s peace plan. That day a swarm of tornados began tearing apart the Central United States. Over the next seven days, there was a total of 412 tornados — the largest cluster ever observed by NOAA since it began its record keeping in 1950. The previous record had been 177 in 1999.1 After presenting many other examples of natural calamities in our nation that were directly related to our mistreatment of Israel, Koenig presented the following summary of natural disasters between October 1991 and November 2004:2

Koenig shows how all of these calamities were linked to our attempts to pressure Israel into either dividing up its land or surrendering part of its capital city of Jerusalem.

The world would laugh and call these coincidences, but I don’t believe in coincidence. I believe only in God-incidences. God is sovereign. He is in control.

In the second part of this series looking at the new factor, we will embrace God’s message through the Gaza withdrawal.