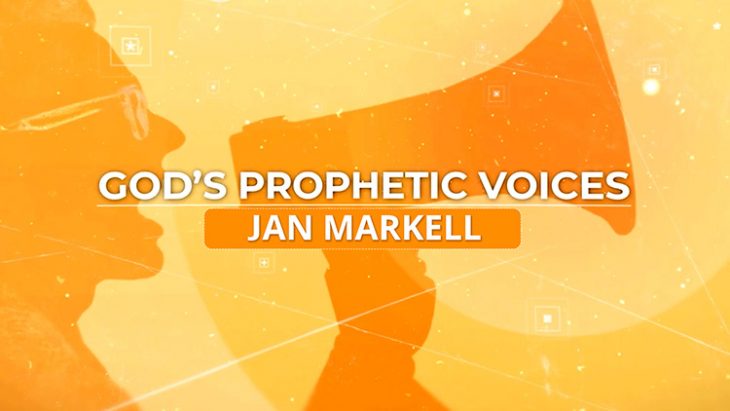 In Part 1, we began our interview of Jan Markell, the founder of Olive Tree Ministries and co-author of the book Lawless (along with Dr. David Reagan and Nathan Jones), by discussing her burden for the Church and God’s calling on her life to become a watchwoman. Next, Jan will address the alarming rise in Anti-Semitism.

Tim Moore: Jan, as a Jew, you’ve provided many very poignant and heart-wrenching accounts of the Anti-Semitism that have plagued the West in general and the Church specifically for nearly 2,000 years. In your book and DVD which chronicles Anita Dittman’s testimony titled Trapped in Hitler’s Hell, you convicted those hearts that are receptive to the truth and have not been satanically hardened to the plight of the Jewish people. So, tell us about your passion for the Jewish people in particular, and for all of those who need to hear the message of salvation.

Jan Markell: I met Anita Dittman in 1978 and wrote her book in 1979. Miraculously, it is still circulating, which is incredible, because books have a limited shelf life. They generally die after two years or so, so we just keep writing more books. But, Anita’s story has lived on for over 40 years.

My burden is more related to Anti-Semitism in the Church. Now, you might ask, “Are you meaning literal Anti-Semitism?” In some cases, yes. We’ve got the BDS Movement, which means Boycott, Divest, Sanction. We’ve got whole denominations, such as the National Council of Churches and the World Council of Churches and other denominations, cheering the BDS Movement on. To me, that is Anti-Semitism expressed in the Church.

Then there’s Replacement Theology embedded within the Church. That’s the teaching that the Church has replaced Israel. Israel is set aside so that the Church can be the prominent player in our time. Not so! I see that pernicious doctrine as being Anti-Semitic. Now, is that particular teaching blatantly Anti-Semitic? Maybe not, but the theology that it embraces is, and so we need to call it out.

Too many times Christians have been deceived by Replacement Theology, sometimes either through ignorance or occasionally through willful agreement with this deception. Either way, I appreciate prophetic voices calling them out.

Jan Markell: Too many times Christians have been deceived by #ReplacementTheology, sometimes either through ignorance or occasionally through willful agreement with this deception. Click To Tweet

In my own life, I’ve also witnessed a tremendous rise in Anti-Semitism. And yet, it’s something that should have been eradicated from the earliest days in Church history. What would Jesus Christ teach? Because Anti-Semitism certainly does not reflect Christian values and beliefs.

My question to Anti-Semitic Christians would be: “How can you people worship a Jewish Messiah and yet still hold Anti-Semitic sentiments in your heart?” I just can’t make that compute. Two and two do not make four here!

Tim Moore: The Lord through the Apostle Paul in Romans 1 explains how many people in this world would be given over to a reprobate mind. And, yet, in Romans 9-11 Paul also says that the Lord has not cast aside the Jewish people. Why? Because there are still promises God has yet to fulfill to and through them.

Tim Moore: Jan, your prophetic voice is widely respected because you speak the truth to those in our culture who are followers of Jesus Christ (Yeshua in the Hebrew). You are widely recognized as one of the few women who is fulfilling this role. You are, in essence, a modern-day Deborah. Living up to that unique role, what kind of challenges and opportunities have you experienced as the leader of Olive Tree Ministries?

Jan Markell: I’ve had the distinct privilege for 40 years now of filling a pulpit in every denomination imaginable, even giving the truth of the Gospel to a Catholic church. Giving the truth about the issues we are talking about right now, and seeing people come to faith in Jesus Christ for the first time, well, I could just break down in tears thinking about all of the times that I have had ministering to wonderful people, some of them believers, and some of them about to become believers, as a result of messages that I have given. Some of my listeners have not been believers, but they end up going home and thinking about eternity.

I remember one day speaking to a particular denomination, which I will not name, that you would not expect to be enthused about my message and the topics I was sharing. As I left the parking lot, church-goers were walking alongside my car asking questions. They were so hungry for the truth that they did not want me to go. The auditorium was filled primarily with unsaved people, but they heard something that day that registered with them. And, I don’t think they’ll ever be the same.

I’ve had the privilege of seeing people come alive over all of these years. How all the more significant in these last, not days, but these last hours, that we keep the Gospel message alive and in front of a lost world.

In the third and final part of this interview with Jan Markell, she’ll reveal the Globalist’s agenda and how they are using the pandemic and racial strife to accelerate their goals.

Apostasy in the Church   Church and Ecclesiology   Israel   Jewish People